The night and morning were once again very cold and despite going to bed extremely early, it was not much fun to get up. I wanted very much to be present for the start of the ride this time and to stay within view of other cyclists during the ride to some extent. As fate would have it, we were on time… and the start of the event was late. 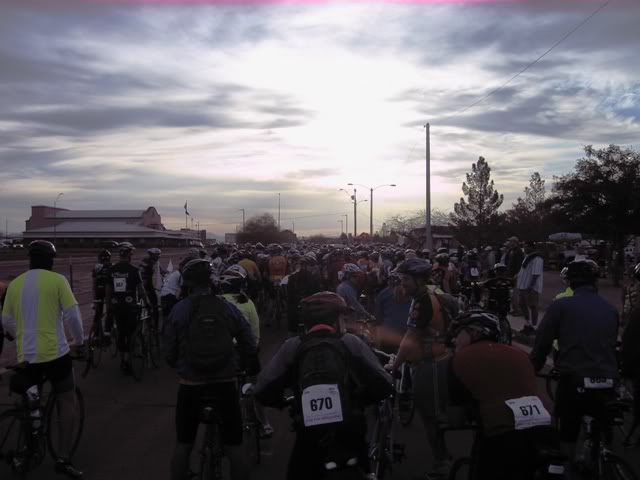 Today was supposed to be a 50 mile ride and we felt really good for the first little bit. Riding in a large group offered a great mental distraction and the first 10 miles flew by very quickly. Our pace was definitely slower than the obviously more hardcore bike people, but we were at least in the loose trail of people towards the end.

The rest stops throughout the event were impressive. Huge moving trucks were dispatched to set up tables, chairs, and shade with fruit, water, energy drink and bars, sunscreen, pain relievers, etc. It was fantastic! Susan and I quickly learned to copy others and eventually executed the difficult and elite standing bicycle parking maneuver! 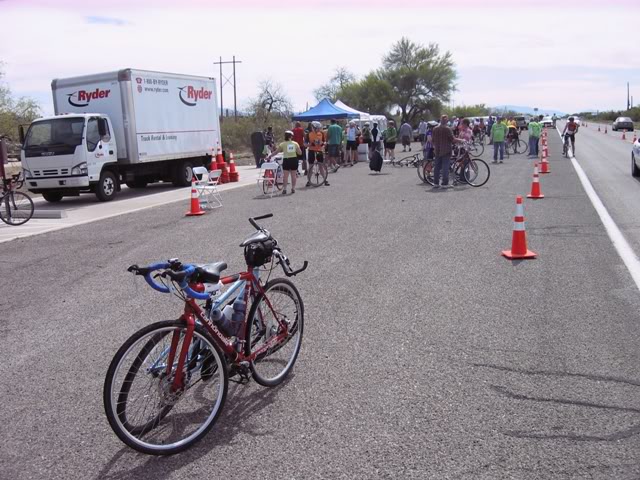 Exactly at that spot my bike rolled over its 1,000th mile… woohoo! 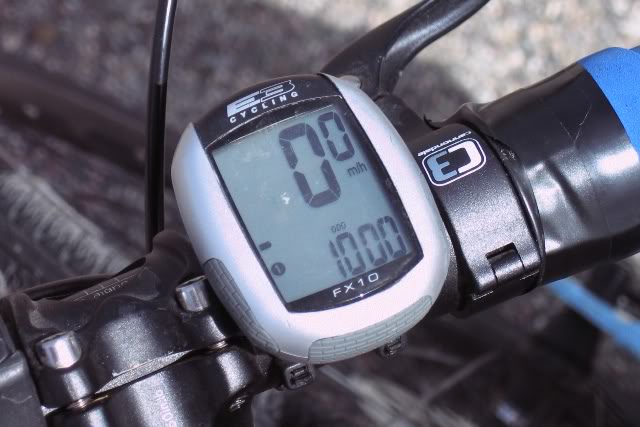 We finished the ride tired, but not really too messed up. I’d say it went very well and of course was a new personal best for both of us! We’d debated going all in and doing the 75 mile route, but by the 35-ish mile rest stop decided it probably wasn’t a good idea.

Upon returning to camp we asked a man to take pictures of us, intending to pose with our bikes above our heads like crazy people. Unfortunately this person didn’t really understand the concept, and took all the pictures during periods of time when I was not ready… like this. 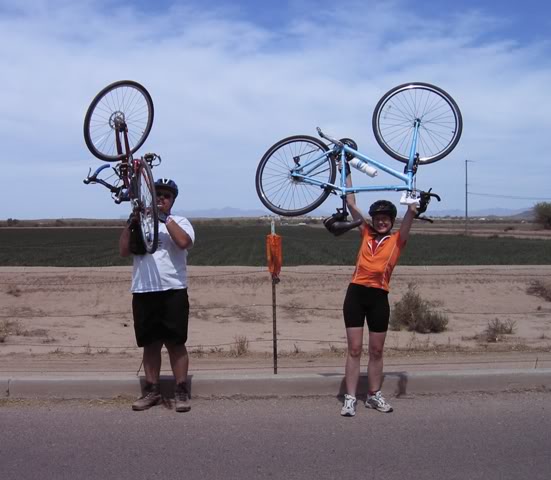 Determined to have a crazy picture of me in this pose, Susan just took one of me back at the tent. Ha, victory! 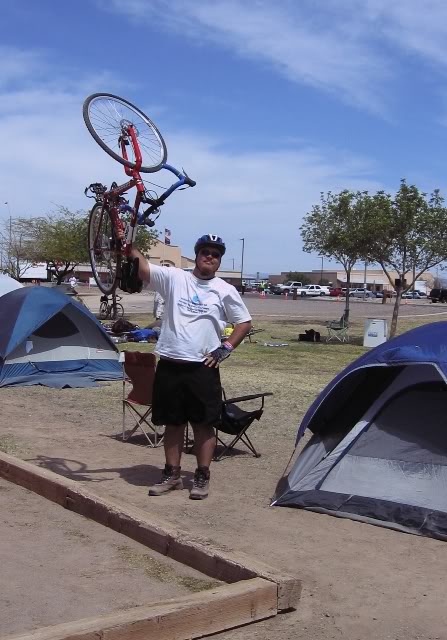 A ‘normal’ picture was probably also a good idea to have, so we flagged down a nearby nice old man to take one… 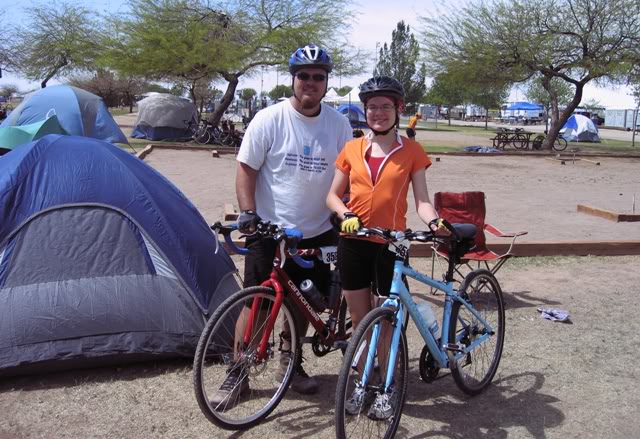