There’s a very bike-friendly route from my house near Speedway and Country Club to Sweetwater. I basically ride to the UA, up Mountain Ave., and West on the river path. From there I can just pick up Ruthrauff, cross under the highway, and take it straight to the northern trail head. The last couple miles are a little harrowing with no shoulder and big rolling hills, but there isn’t too much of that.

It’s a little over 15 miles from my door to the north trail head parking lot. Figuring I normally ride about 12 miles at Sweetwater, I was looking at a mid-40 mile ride. It went really well. The ride over took only about an hour and my energy was great when I hit the trail. In fact, I probably rode stronger than I ever had at Sweetwater, maybe it was the nice warm-up.

I felt great leaving the trail head as well, my energy still very high. Unfortunately, somewhere between the trail head parking lot and Camino del Cerro I lost the bolt which holds the left crank arm on my bike! I noticed the pedal was feeling a little loose, and I figured I’d broken it – I’m still riding on the crappy plastic ones that came with the bike and they were smashed into the ground a number of times on the trail. What made me discover it was in fact the crank arm bolt was when… well, when the crank arm fell off the bike. That made it pretty obvious!

By some unbelievable fortune, about a minute after this happened the only other mountain biker that was parked at the north trail head drove by and asked if I needed a lift someplace. It was hugely out of his way, but I had few choices. The man was from Ohio, visiting town to do a bunch of biking. He was knowledgeable about local trails, a member of SDMB, and worked at a power plant back at home – all of which made for good conversation.

I had him drive me to There & Back where Steve got me all fixed up. It was a pretty weird end to the ride and I was cheated out of some miles, but it was a great time nonetheless. 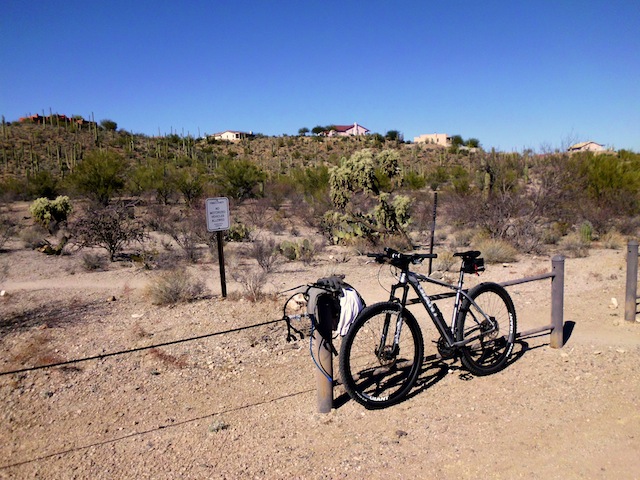 When I bought my new cheap and crappy get-dirty camera, it came with this really insane case (complete with a deployable rain cover!). The belt strap is fairly adjustable and works perfectly under the stem. 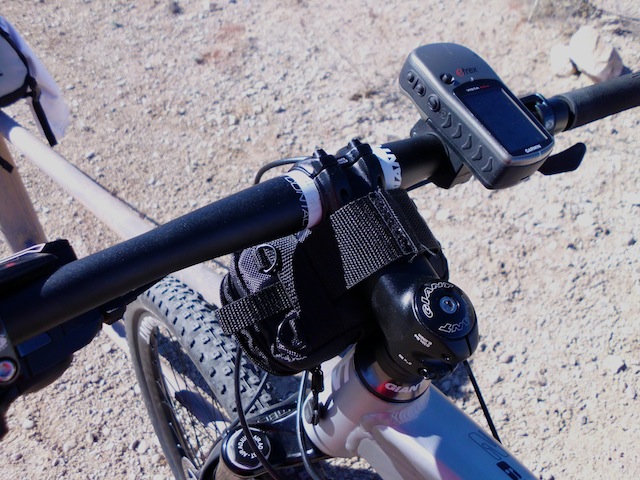 This was the first time I’d ridden at Sweetwater since they installed some GLORIOUS signs. Easily the most effective trail signage I’ve ever seen. Their presence was a much welcome alternative to carrying around a useless hand drawn map as I’d become accustomed to doing. 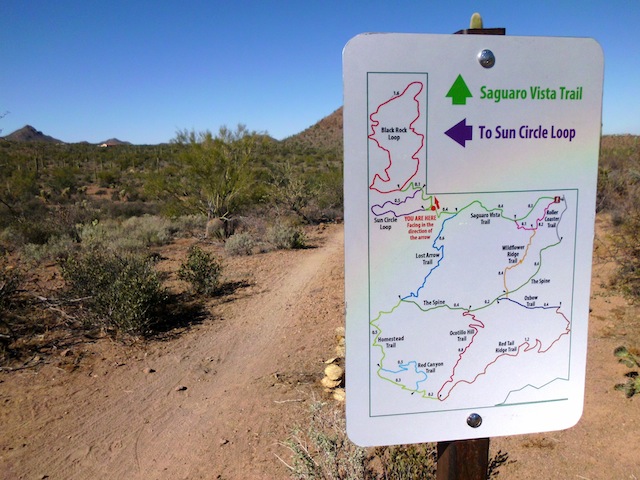 Sweetwater is seriously beautiful. These shots are looking NE back toward the Catalinas… 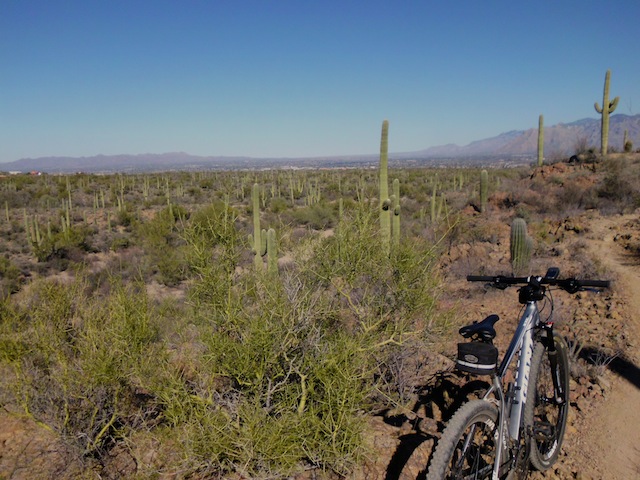 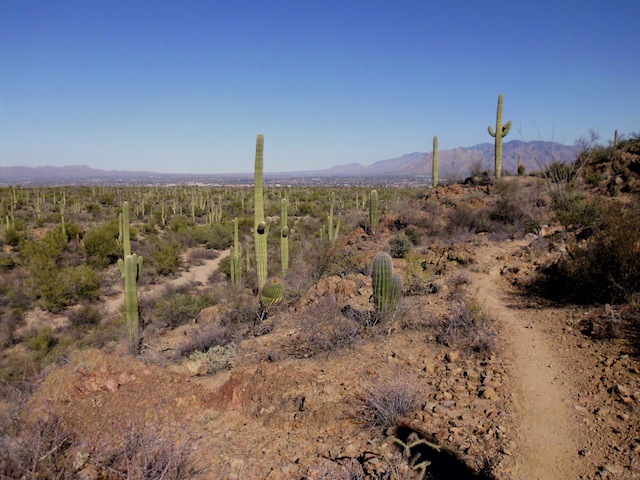