There’s a really great camp spot I’ve been to a number of times directly beneath Chimney Rock on the east side. Biking there has been something I’ve kept in the back of my head for a long time, but the length and the steep climb over Redington Pass have kept me from attempting it. With the new mountain bike, now seemed like as good a time as any to give it a try. 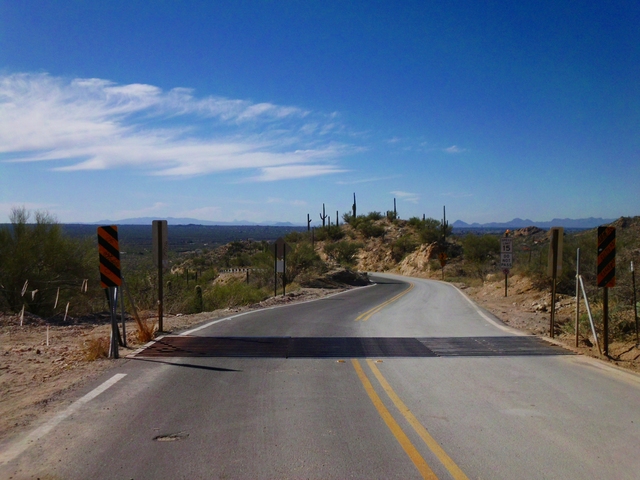 The ride up the pass was rough, being a massive person will do that to you. Fortunately it wasn’t undoable. I made it, and felt good enough to continue. The new bike has BIG gears (a 36 tooth on the cassette, insane) which made it possible to take a few slow rolling breaks rather than totally stopping. 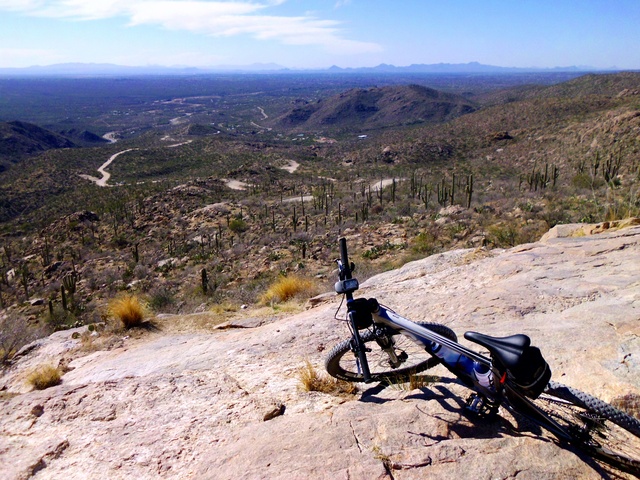 I’d underestimated the difficulty on the other side of the pass, lots of rolling hills and short steep climbs, and by the time I was at the Bellota turnoff I was pretty severely tired. Turning around that far, only a few miles from Chimney Rock, would have been truly sad. This thought was a good one and it kept me going. 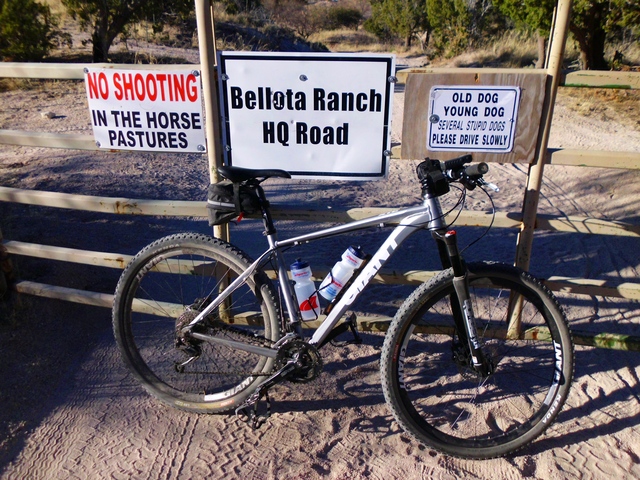 By the time I reached Chimney Rock… it was pretty bad. I describe the feeling as having a ghost-straw stuck into your chest, someone slowly sucking the soul out of your body. There was much walking on the way back to the main road. 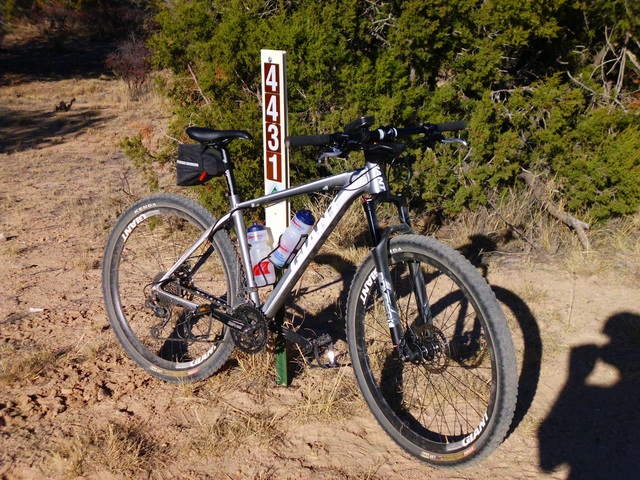 This was one of those pictures that was taken so horribly into the sun that the only hope of it even looking like anything was to go black and white… err, I mean – artsy. Yea. 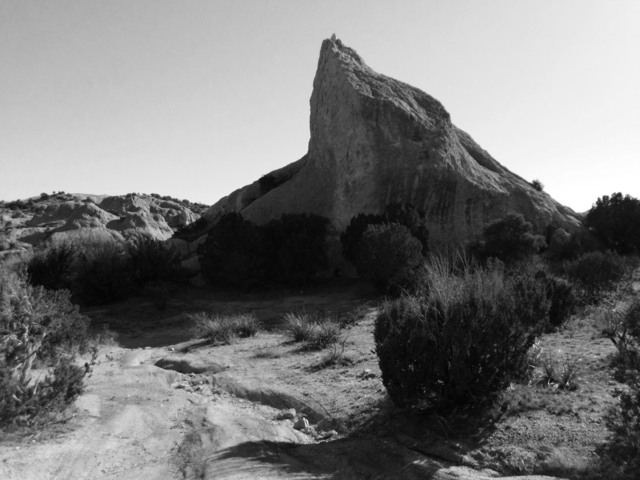 Speaking of horrible pictures, here’s one. My goal was to make it to this exact spot and it felt really good to have made it there on my own (i.e. without the help of my truck). 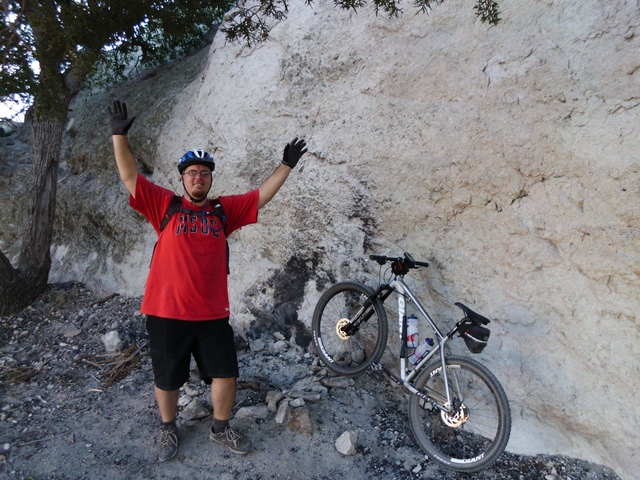 It got dark on me on the way home. I’d brought my little Spock lights just in case, but wussed out on the night ride across town and got picked up by Susan. This is a ride I will certainly repeat – hopefully with better results, and possibly including some camping?