It’s been many years since I’ve been on Wasson Peak. A return is in order. A triumphant return? I guess we’ll see.

In the past I’ve done King Canyon or similar routes that start near the Desert Museum. This time I’ve come from the North via the Sendero Esperanza and High Norris trails. The final leg to the summit is the same no matter how you get there, visible here on the left. A familiar sight! Excitement is high. 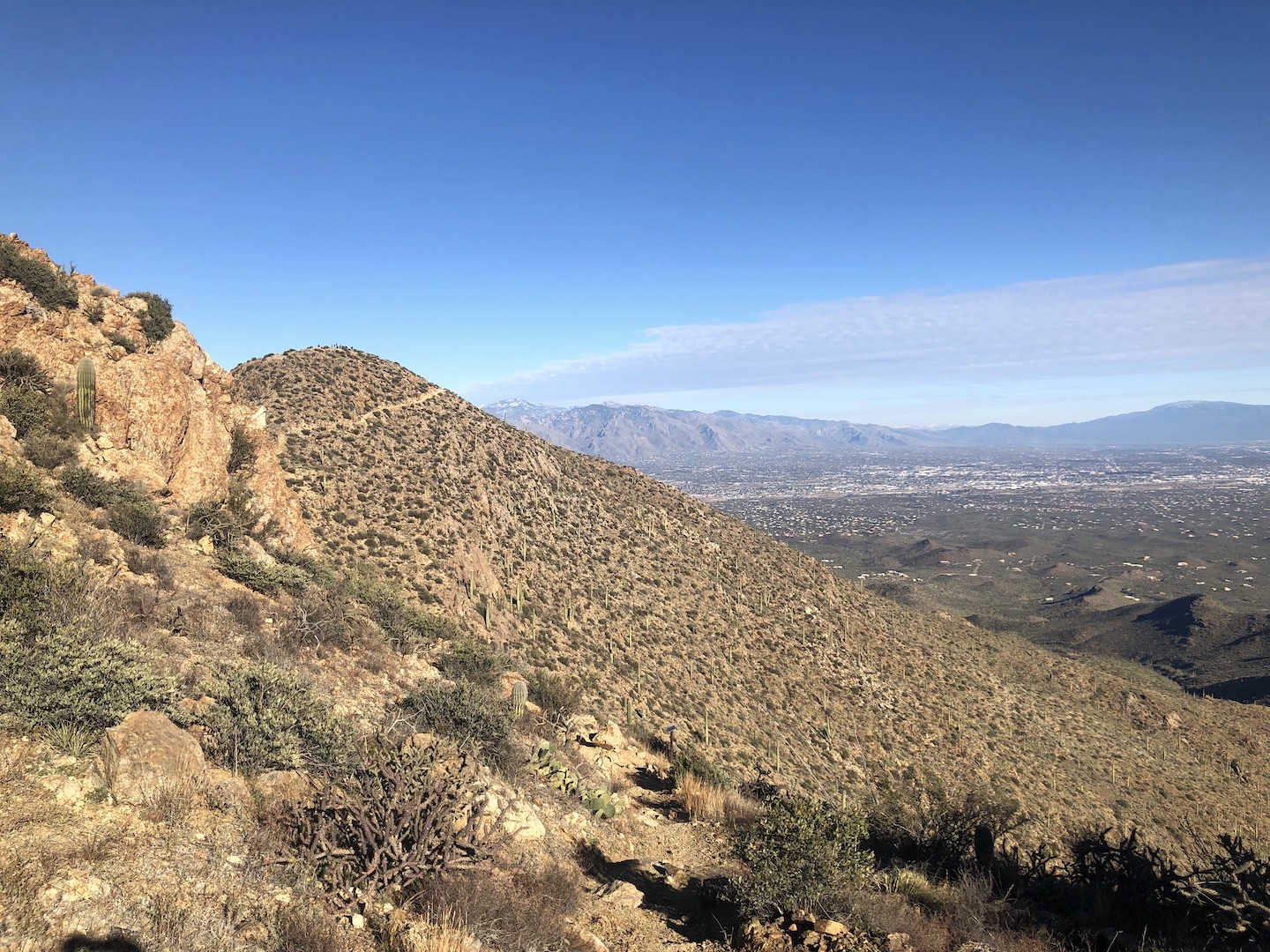 The view from the summit. At this point I’m basically a walking dead body. It’s been an exceedingly long time since I’ve done a strenuous-for-me hike and the ass kicking to get here was intense. Bonk city. A good rest and some food improved things considerably and heading down I felt a lot better.

Golden Gate Road, the dirt route through Saguaro National Park West, is visible across the center of this image from the summit. The small blip in the middle is the parking lot where the day began. Not enough pixels to spot the ‘burb, though.

It was a damn cold day with temperatures mostly in the 40’s. I used my buff as a hand warmer which worked well. Just as one hand was getting cold, the other was plenty toasty and I just passed it back and forth every few minutes. Fiddling with it in my hands was a nice mental distraction on the Hugh Norris switchbacks right before the summit which were giving my fear of heights a good tickle. 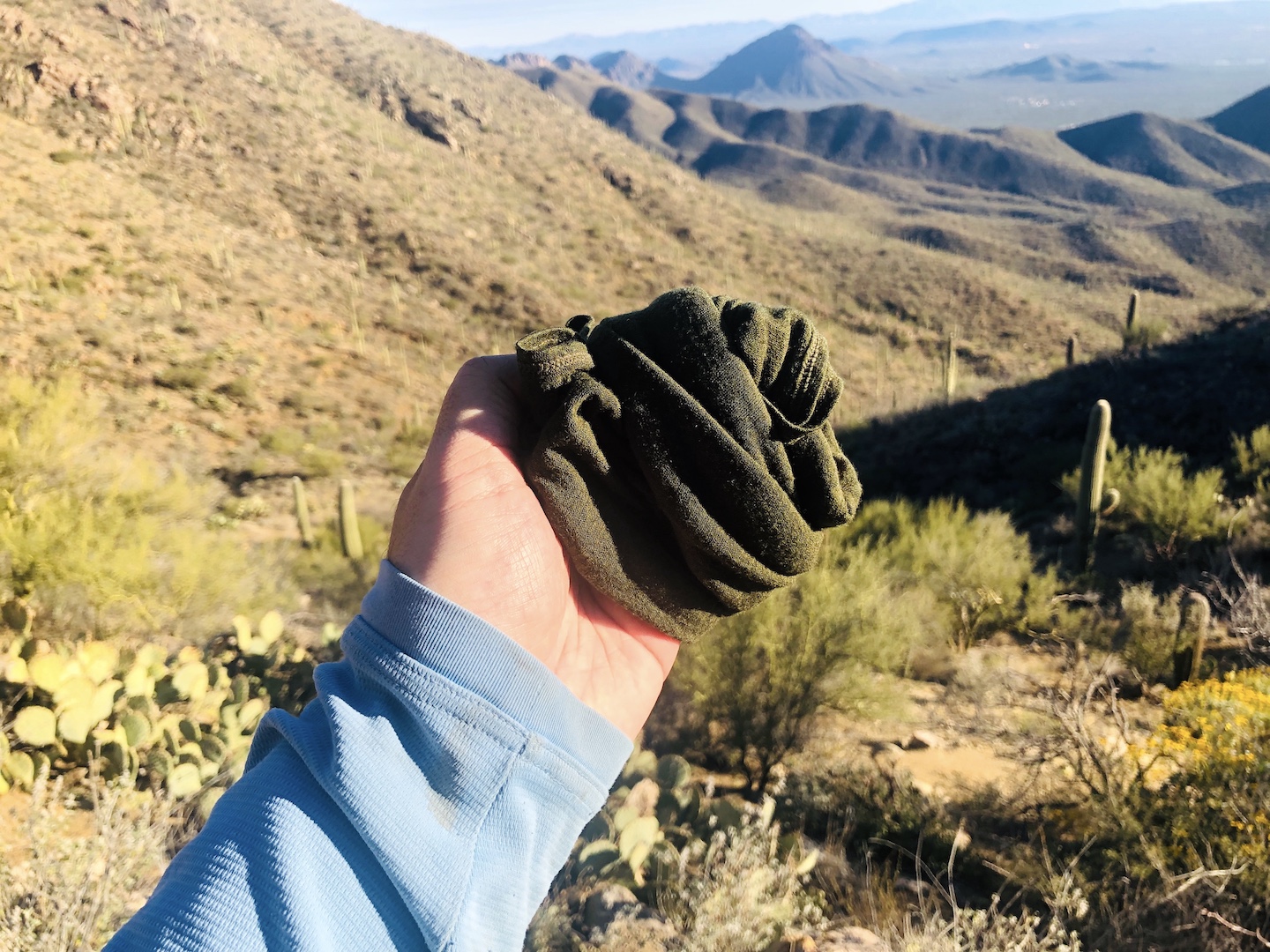