My plan to take an entire month off in August, lazily traveling the country and avoiding highways has hit some work-related obstacles. I don’t quite have the time off available to do it (long story). The trip must go on, though! It just means that instead of meandering along back country roads, there will be highway. On the way out to North Carolina at least, lots and lots of highways.

My longest ride to date was a little over 300 miles and it wasn’t pretty. For the August trip I’ll need to do more like 400, preferably 500 daily for 4-5 days straight. A test ride is in order, especially now that I have a new seat and one of those throttle lock ‘cruise control’ dealies.

San Diego is a little over 400 miles from Tucson. Plan: ride there, sleep, ride back. Perfect.

I-8 West of me is an unusually pretty highway. The endlessly long straight stretches in Arizona have a cool and enjoyable Americana vibe, there are some random canyons near Yuma, and the last bit before San Diego climbs and weaves through dramatic terrain. There are solar power farms so large they look like lakes from a distance and one which is a giant version of what we made for my ‘senior design project’ in college.

I arrived tired but in pretty good shape. Dropped my stuff off at the motel and spent a few hours cruising around the city. 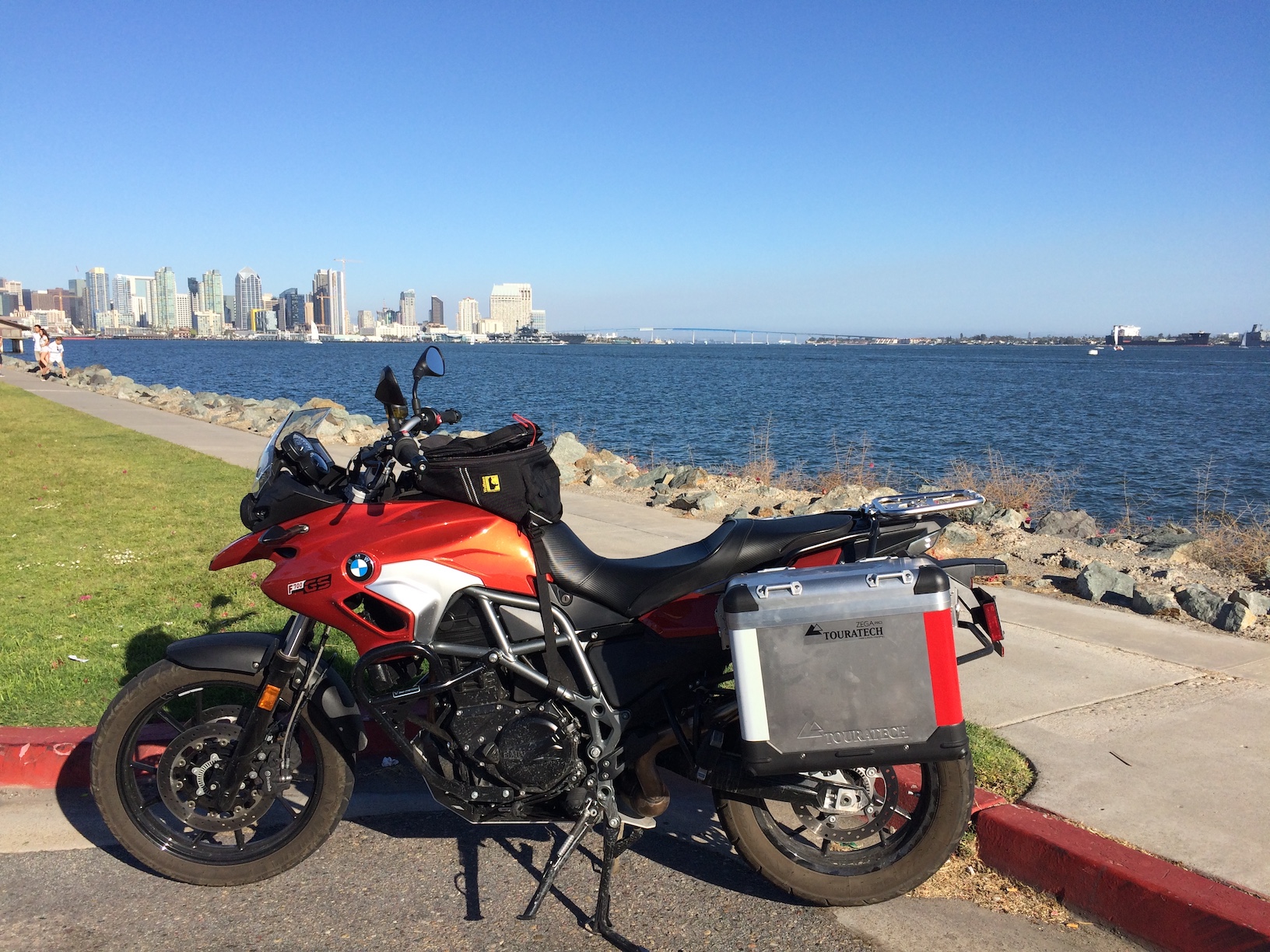 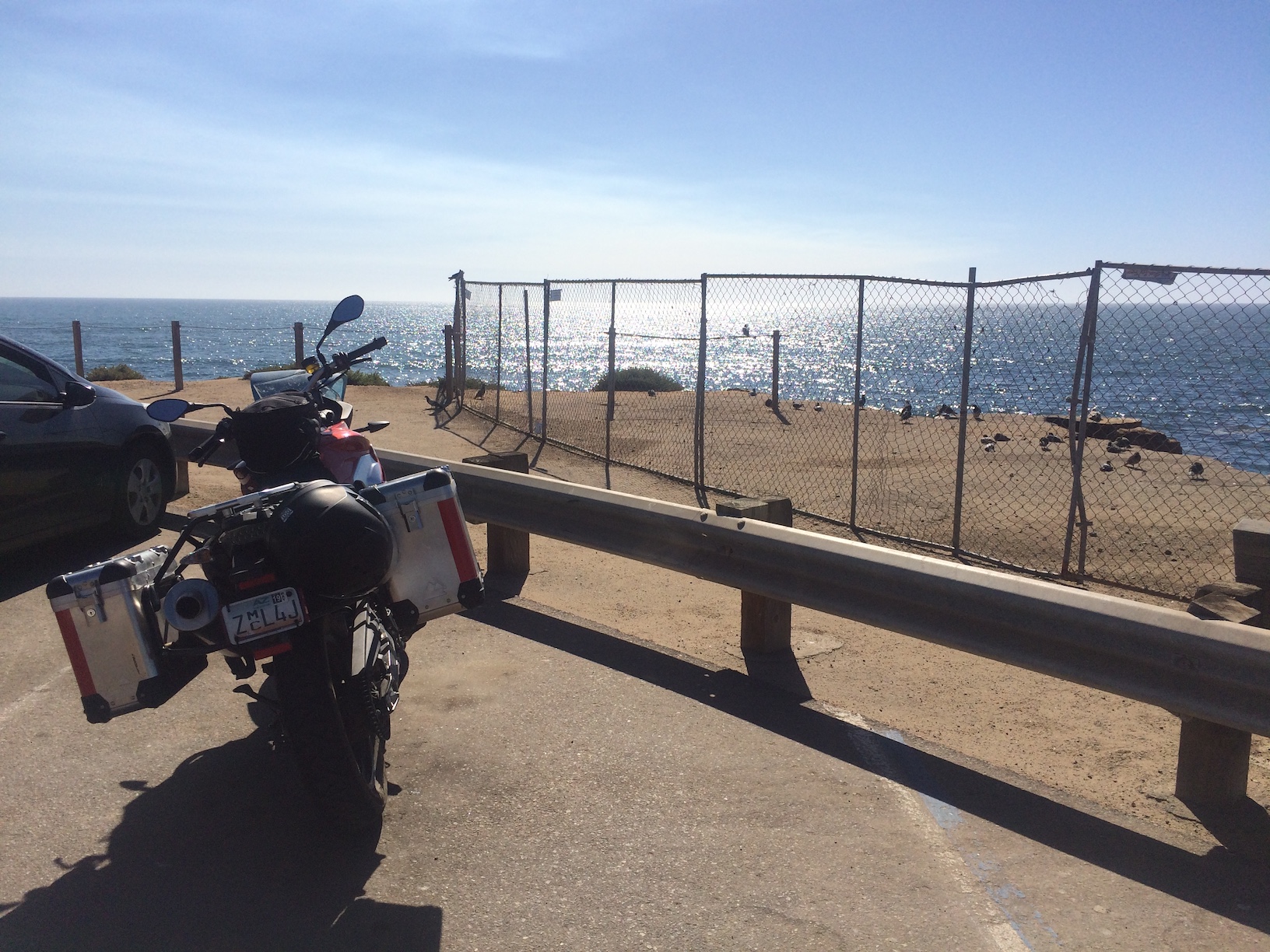 But I see why it’s there, part of the word fell into the ocean! 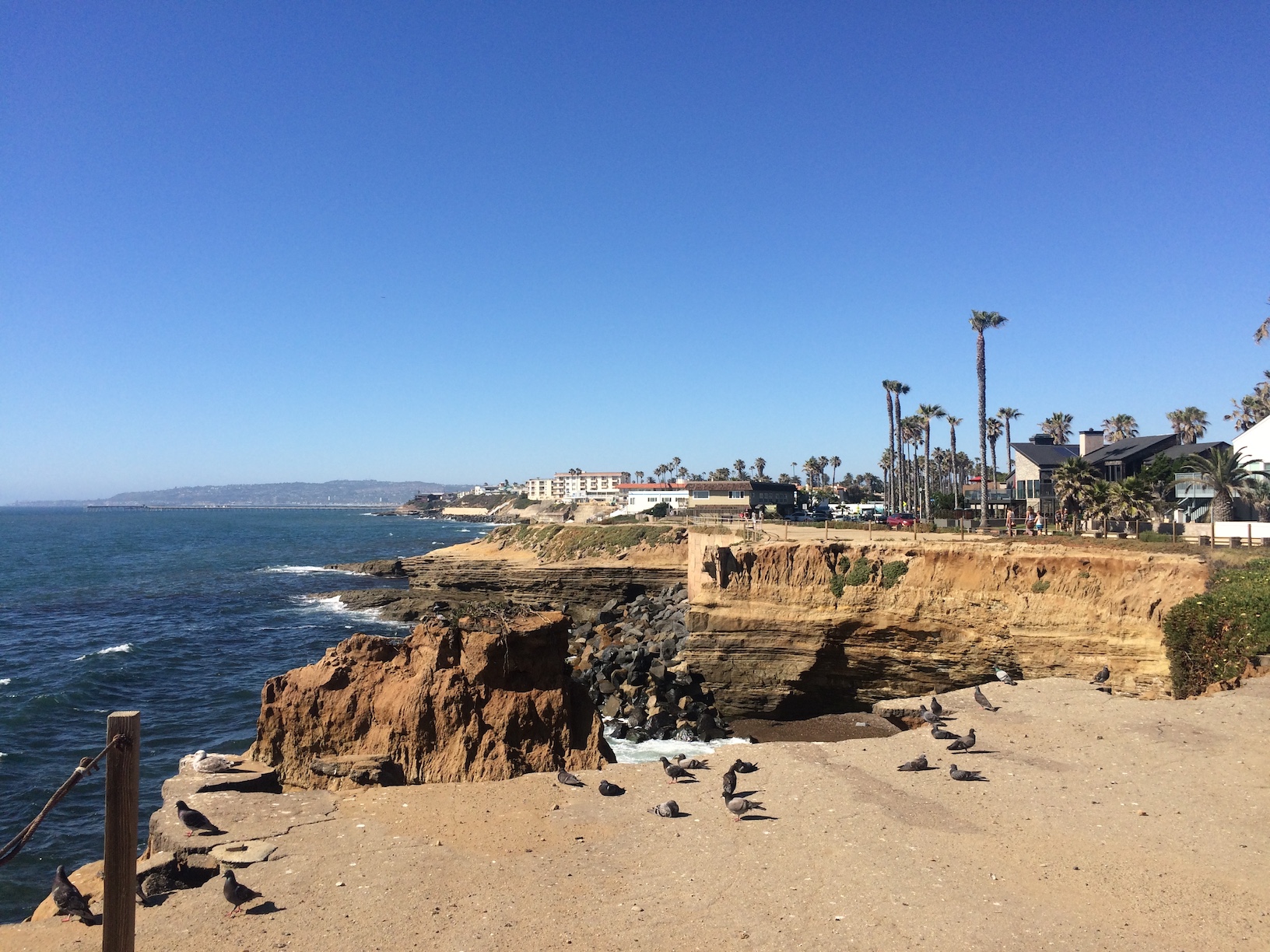 Walked to a steakhouse, stuffed my face, and got into bed early. Leaving before 5am would let me skip 100+ degrees in Yuma the next day. Preferable, obviously.