April 25-27, 2008 Thanks to 1leglance and family, Mr and Miss R2, the gang from Expeditioneers, and all the awesome supporting vendors – SedonaFest II was a massive success! The drivers met and split up into groups based on the trail’s level of difficulty. As it turned out, however, the mild group got into some much more difficult wheeling than the hard group! Nevertheless, all in attendance had a wonderful time. More information, trip reports, and images can be found on the various forums: 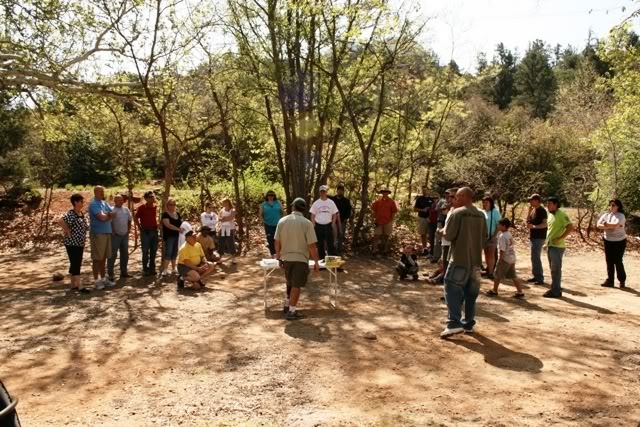 First trail for the hard group was Broken Arrow. Despite this trial’s very short length and generally low level of difficulty, it can take a long time to complete due to it’s massive popularity. It’s easy to bear the traffic jams however, because the scenery is some of the best there is. 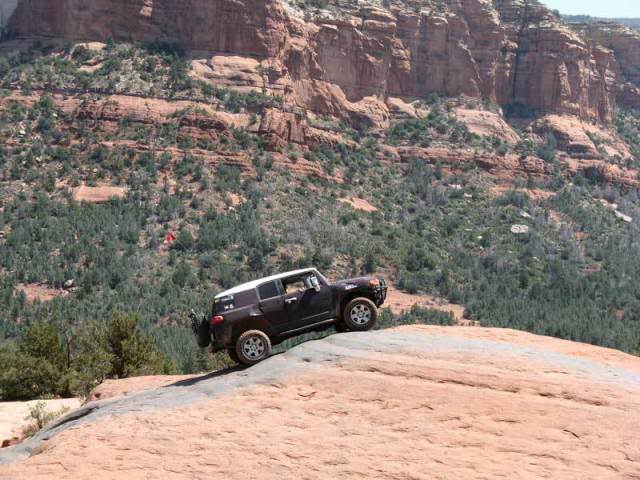 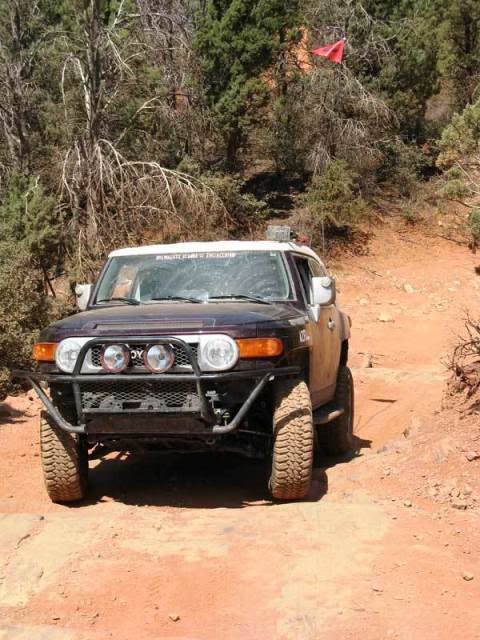 The second major lookout on the Hot Loop… 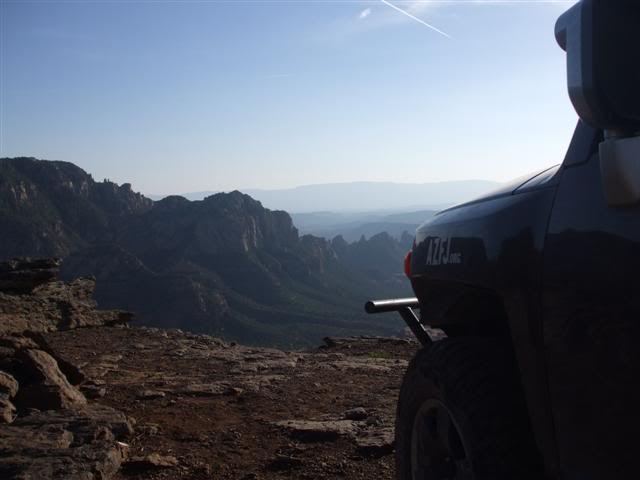 The second run on Saturday was Greasy Spoon. There is a rocky wash on the trail that can optionally be wheeled in and the hard group was eager to get out there to try a hand at the challenge. Upon arrival, we discovered that only the first 30 yards or so could possibly be done. All in all, it offered about 20 feet of challenge, but it was still a good time. 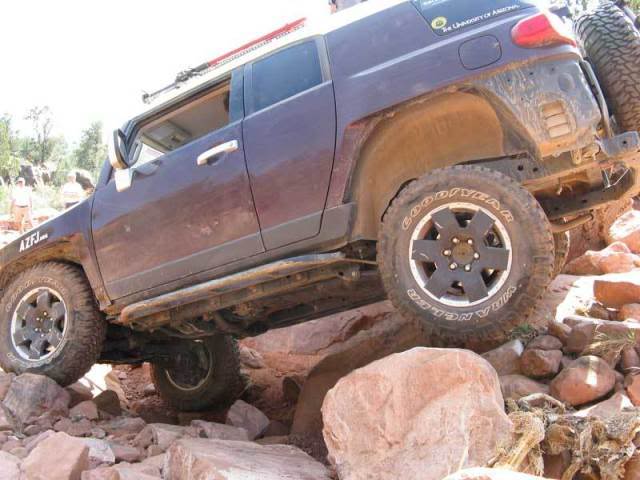 Terry from All Pro’s daughter took a more difficult line but remained composed and in control. Very impressive! 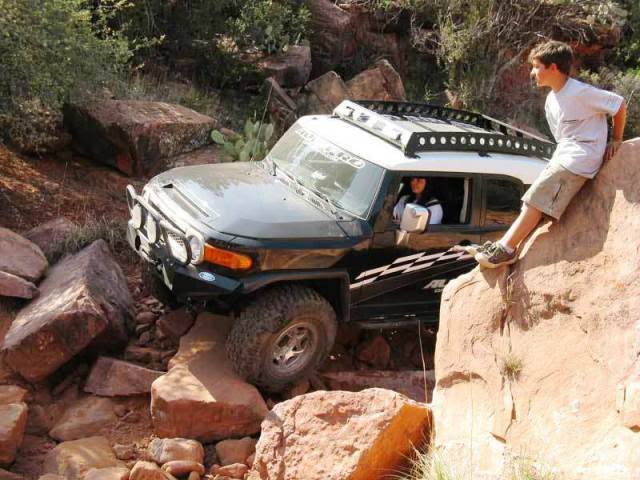 The rest of Greasy Spoon was a bunch of mild climbs, but generally a fast dirt track. 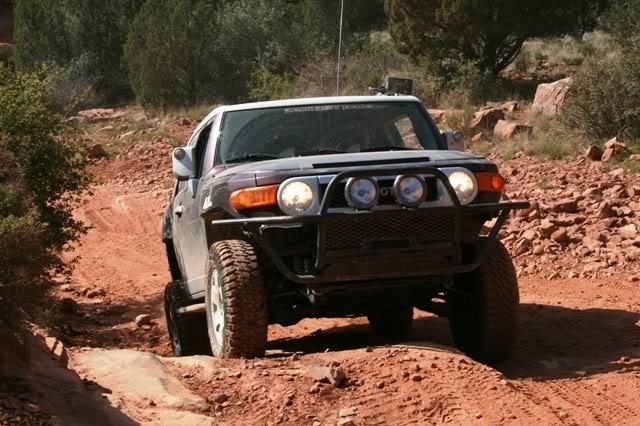 Friday night was the recovery skills demonstration. Lance went over the proper use of the HiLift jack, X-jack, winch, and other important topics. It was fun and informative! My truck got to play dead for the demonstration. 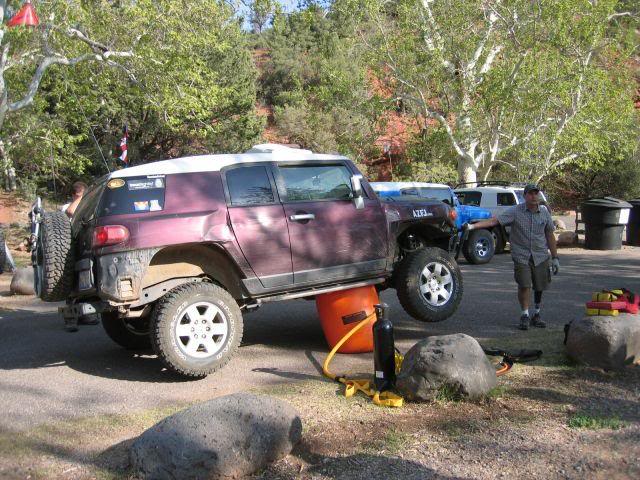 I had installed a pair of HID lights in my bumper but didn’t have a chance to wire them up before departing for Sedona. Of course by “didn’t have a chance” I mean I can’t wire worth a beans and whatnot. But Friday night it was Kurt and Josh to the rescue! 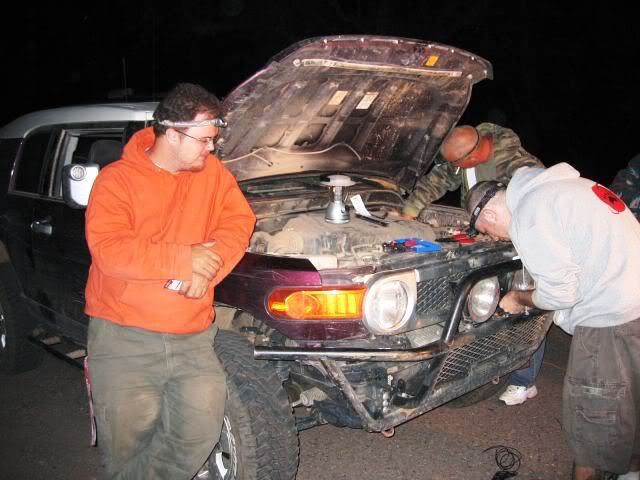 The raffle on Sunday morning was awesome. Josh and Heidi managed to secure an incredible amount of great prizes. Since there was so much up for grabs and because the proceeds went to charity, I decided to gamble big time and bought up a ton of tickets. Turned out that was a good move and my money was returned to me MANY-fold in prizes. Here I pose with my new All Pro rear link skids. If you’re wondering about the ridiculous PJ pants, they were on borrow from Kurt. My pants were wet and full of sand from rope-swinging into a river as part of the GPS challenge! 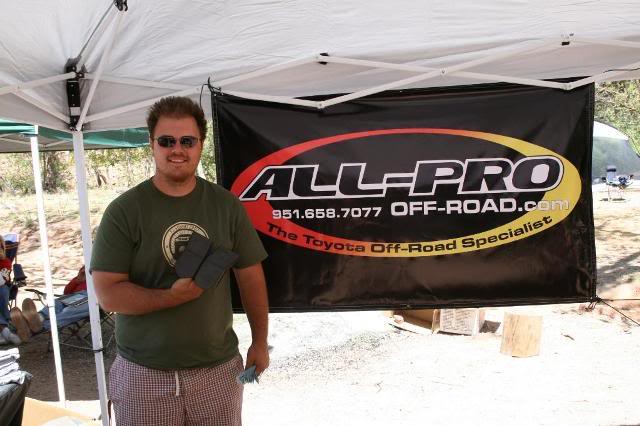 About a third of the points I was rewarded from the GPS challenge came from locating and then using this rope swing to plunge into the still frigid river… GREAT fun!

Saturday night was great fun with a night run to Broken Arrow. With no one else on the trail, we ran it backwards! Going up the stairs was suprisingly difficult and a good time was had by all. We stopped at Chicken Point, turned off all the trucks and lights, laid on the ground to gaze at the stars, and sang Kumbaya… well, maybe I was the only one singing, but that’s OK. ;) 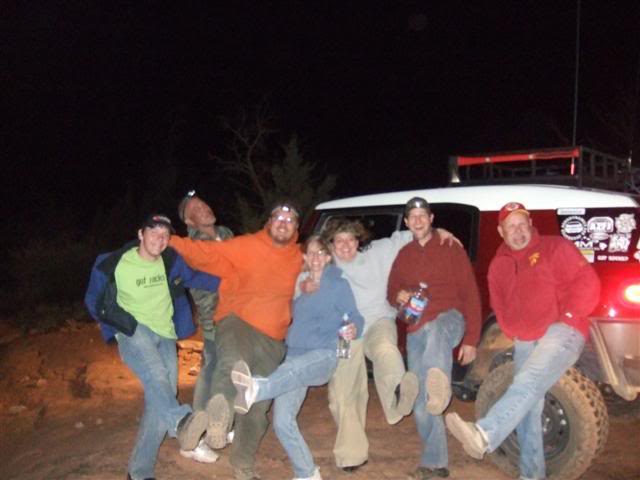 For both nights I had a really nice campsite right next to the brook… the soundtrack was quite relaxing! 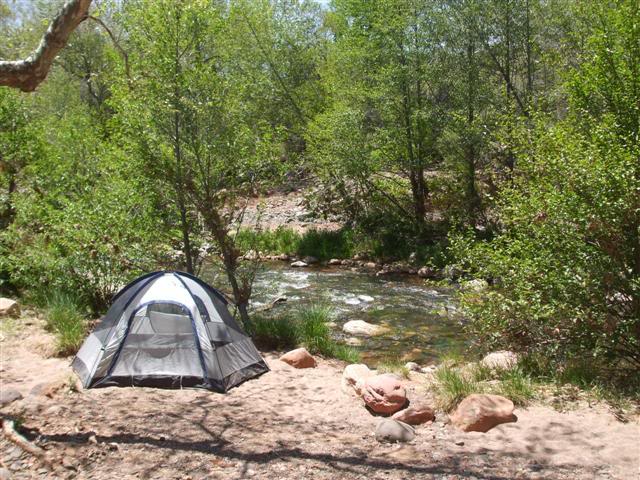