The plan was to break down camp early and leave via an offroad route Miss R2 had devised which would lead us through Pine Canyon. In order to do this and have enough time to hit the dirt all the way back to Oracle we needed to get up a reasonably early hour. To my surprise, we were all up around 7:00 with the exception of one who I had to rouse by ringing a pot and making loud turkey calls. By 9:00 the trucks were lined up and ready to pull out. The jeep trail through Pine Canyon was fun and went through a dense forest. 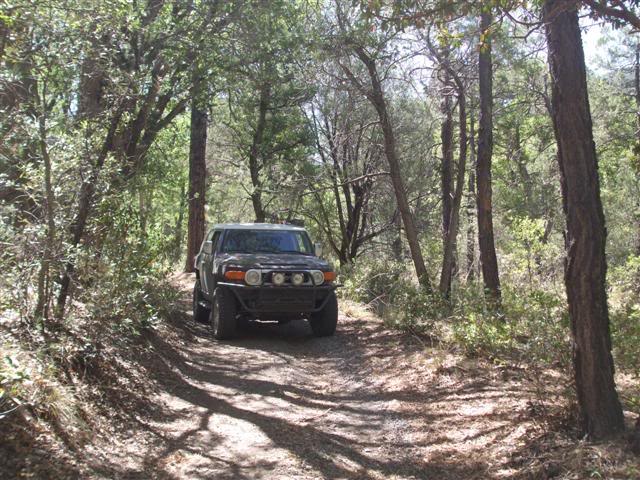 The brush was tight and scratchy but there was nothing challenging, just a few brief, rocky wash crossings. 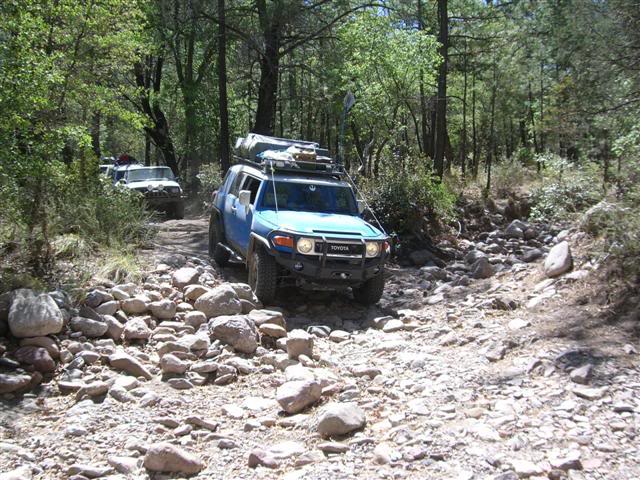 There were, however, a very large number of cows along the way. 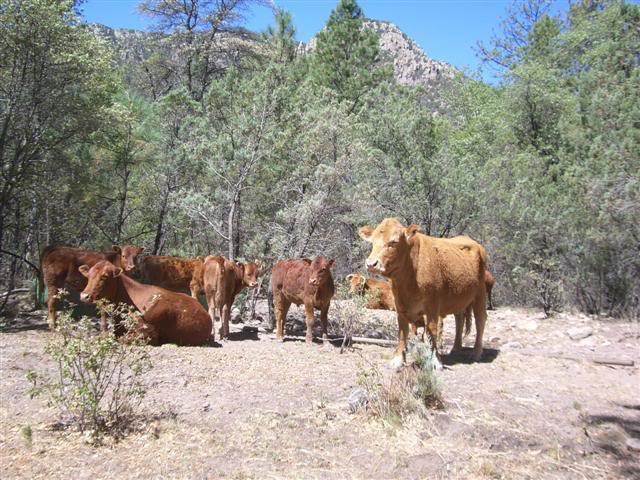 After leaving the forest, the trail opened up into a smooth dirt road that ran through an expansive brown grassland. It wasn’t long before we came across a serious obstacle… an enormous tree had fallen, completely blocking the path. Unfortunately, you could already see where vehicles had bypassed the tree by driving through the grass and plants to the side of the road. A note about TREAD LIGHTLY and responsible back country travel… when finding a temporary obstacle like a tree in the road, you should make every effort to cross or clear the obstacle. When people bypass it, a second trail is blazed through the plants. Then, when the obstacle is eventually cleared you are left with a troublesome double trail. Not good! The AZFJ’rs being a good and responsible group, we weren’t about to leave the tree. Also, how could I pass up an opportunity to battle with a massive object! A tree saver (yea, the tree is already pretty dead but it’s the best way to hook up to it regardless) was wrapped around the trunk and shackled to an ARB strap… 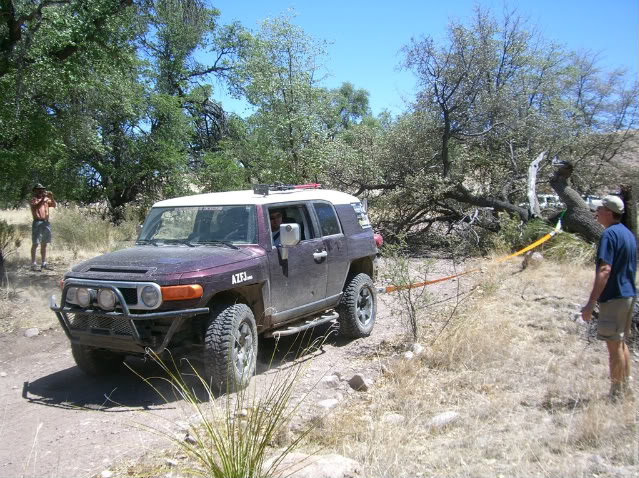 And then the fun began! The tree was way too big to drive away with so I had to use a series of tugs, each getting me a couple feet. Eventually, after pulling in a few different directions… success!! 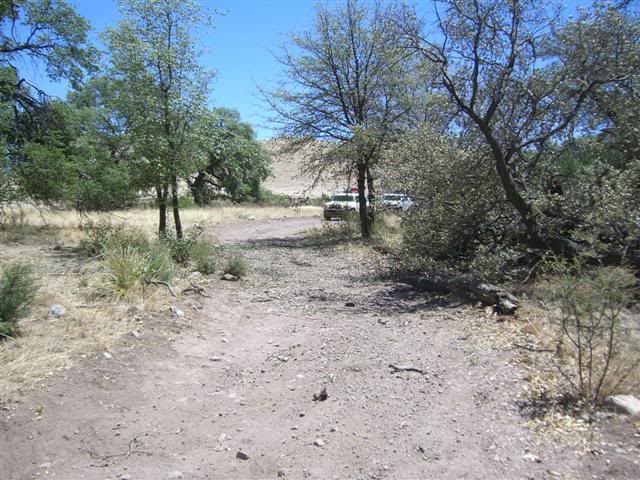 No trip is complete without at least some carnage, and we had that in the form of a slowly flattening tire on Jim’s white Trail Teams FJ. No worries, time to bust out the HiLift jack! In general the HiLift is an excellent and useful tool which also happens to be extremely finicky and dangerous. Some practice was fun and it also gave me an opportunity to talk about its proper and safe use. 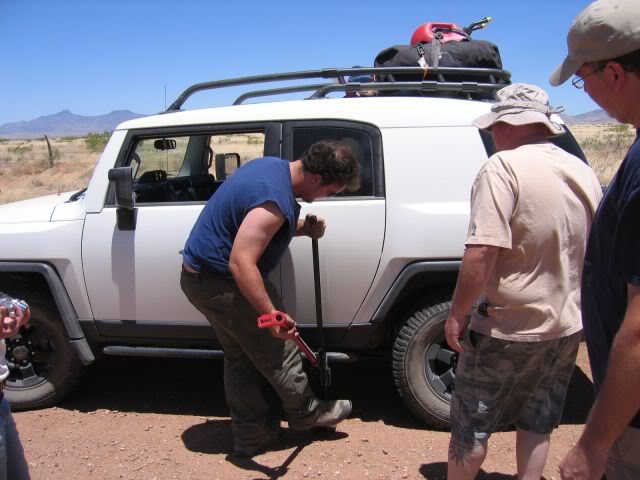 Returning to Wilcox, we found a nice looking restaurant that happen to be closing it’s doors just as we arrived. Oops. So, after many lewd jokes and various perversions of the name over the CB, we headed across the street to Pizza Butt. To our joy the lunch buffet was open and only $5. The dirt route from Wilcox to Oracle went well. The roads were all very fast (30-50mph was reasonable) and everything connected as indicated on the USGS topo maps. There were a few minor hiccups, but I’m glad we took that route instead of the boring highway. The group from Phoenix departed Oracle and went North, while I broke from the group and decided to run Oracle Control Road south, over Mt. Lemmon, and back into Tucson…