I had to drive my girlfriend to the airport which left me on the south side of Tucson around lunchtime with no real schedule for the rest of the day… sounds like a perfect excuse to drive into the Santa Rita Mountains. I’ve been through Gunsight Pass a number of times, but mainly I wanted to rediscover a trail that I’d found a few months ago exploring the area near Sycamore Canyon. At that time I had no GPS on me, no maps, and no familiarity with the area. This time however, I was armed with GPS, topo maps, and aerial photography of the region. Woohoo! On the topo maps I found what I thought was the cool route I’d taken the other time and head in that direction. Gunsight Pass is the most popular route in the area and features the widest and smoothest trail. The area in Sycamore Canyon has tighter vegetation, is generally more narrow and a bit more rough though still nothing to worry about. There are a few things you have to slow down for, but nothing that could be considered crawling… 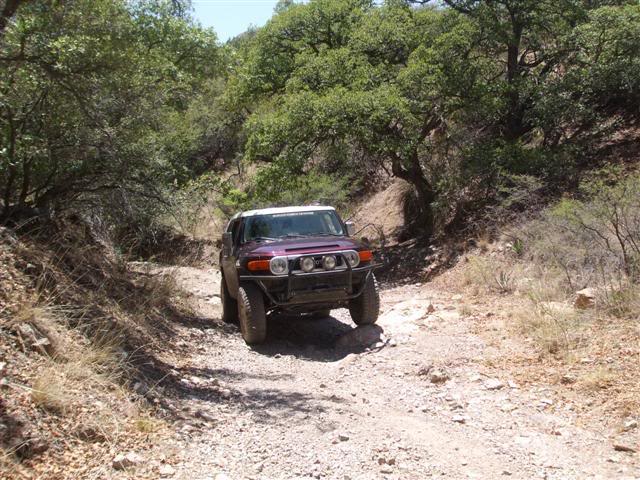 The shelf road in Sycamore Canyon is really great. The view from the passenger window was… big!

Turning off the the main route, the trail became much more primitive featuring my personal favorite; the strip of grass down the center of the trail. 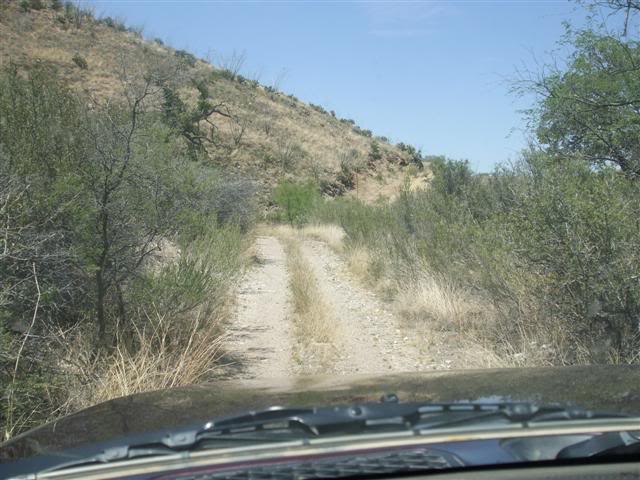 Turning off the the main route, the trail became much more primitive featuring my personal favorite; the strip of grass down the center of the trail.

I continued along the trail and eventually made it back to the main route that goes through Gunsight Pass, so I backtracked along that to the pass to take in the view from up there. The shelf on the West side of the pass is very dramatic with big rock formations jutting up here and there. 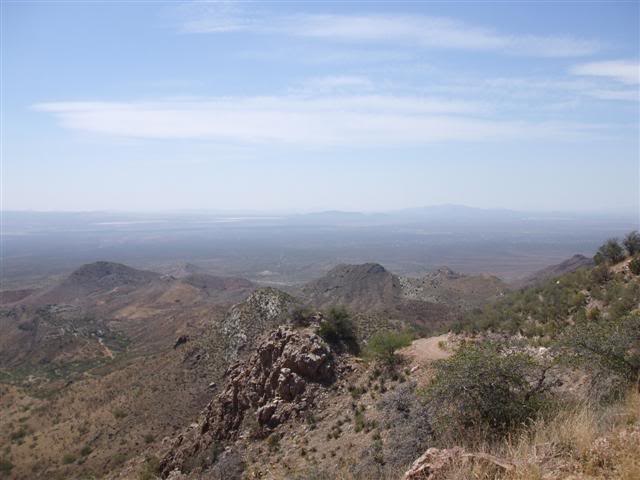 To get back to town there are number of options, the quickest being heading straight to 19 to the West. I tried to wing it on roads, ended up driving through a bunch of tree farm thingys, and was back at the airport in no time.