The last few days have been a mad rush to get everything in order for me to leave… less than a week from my scheduled departure date, and my tuck was falling apart with no roof top tent, no storage, fridge not wired or mounted, no HAM setup, tires out of balance and one flat, etc etc. Yikes! At Lance’s we installed the tent and figured out a bunch of things. With the tent on and the time fast approaching midnight, it was time for a shakedown run – camping in the coves of Saguaro Lake! 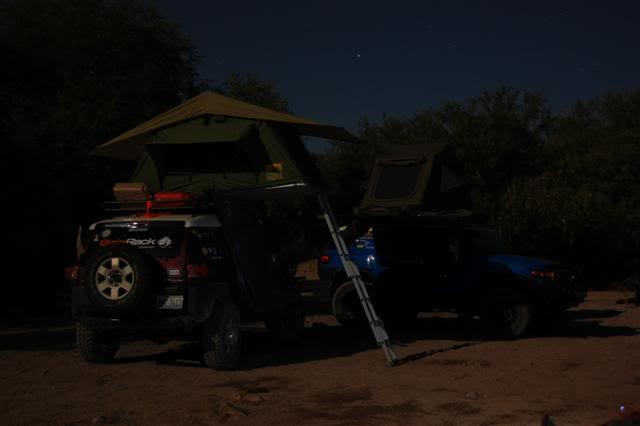 In a scene I will not soon forget, at around 5AM we were viscously attacked by a surreal flock of tropical birds… they were cawing and crowing, landing on our tents – it was hilarious. 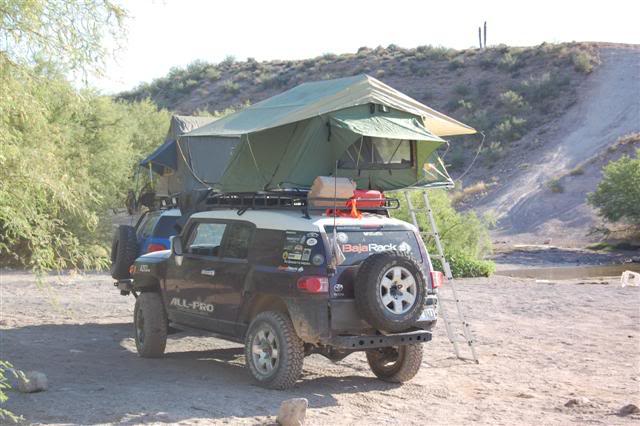 Despite all of our hard work, there were a few things we were not able to get done so we head over to SDHQ in Gilbert to have it done quickly by mad professionals. 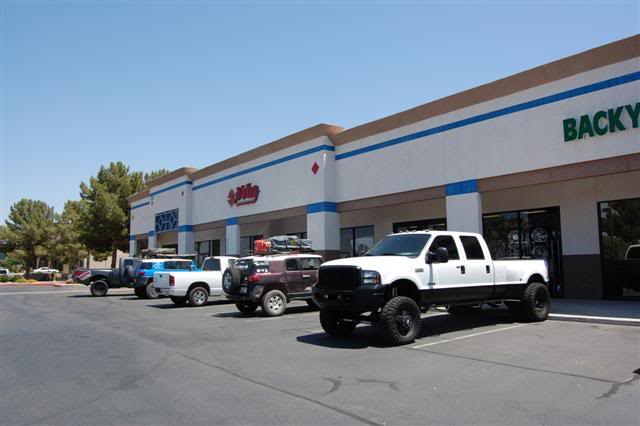 Yes, that is a Ford dually whose hood is as tall as my whole truck…. The “F-X50″ plate found on all Ford pickups was replaced by an identical one with the designation “F-UCK” which I found absolutely delightful. While they were working on the trucks, Lance and I visited a nearby pub to discuss our plans. As it turned out, we were also able to meet up with Wendy from Sierra Expeditions to get my SPOT messenger.