I woke up at the Gillette ruins after a very good night’s sleep in the roof top tent. The temperatures at night were mild and the wind absent. Also camping were Lance (and Martin) and Tim who drove all the way up from Marana to take part in the previous night’s campfire. 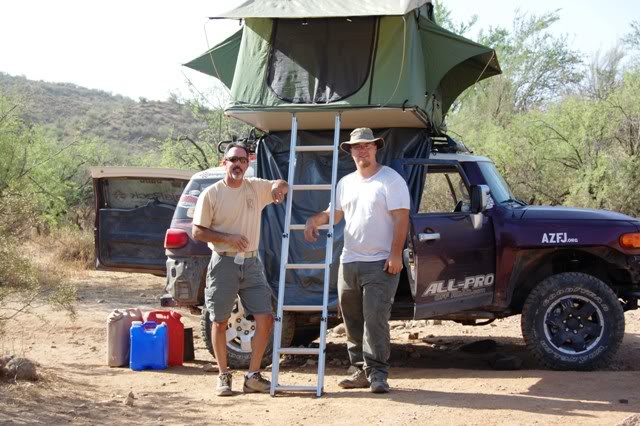 Since I was already in the middle of nowhere on I-17, I followed it north into Flagstaff figuring I’d save the fun driving for when I was out of known territory. From Flagg it was north to Page along 89. The terrain changed quite a bit and at one point the highway followed a cliff-side across some bizarre, almost Martian scenery. 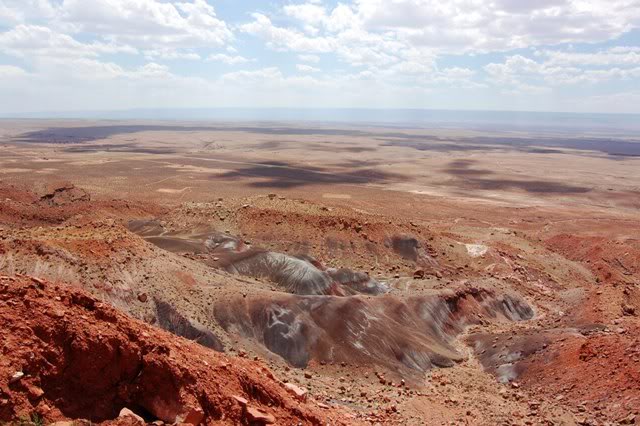 I’d cut the Grand Canyon out of my plans since it is close enough to home to visit anytime, but I hadn’t realized that 89 is at one point less than a mile from the rim! I spotted a sign for “Horseshoe Bend” and set out for a brief hike. The view was so incredible I was literally cursing to no one the entire time I was there, although that could have had something to do with the whole ‘standing a foot from the edge of the earth’ thing which somehow I willed myself to do. 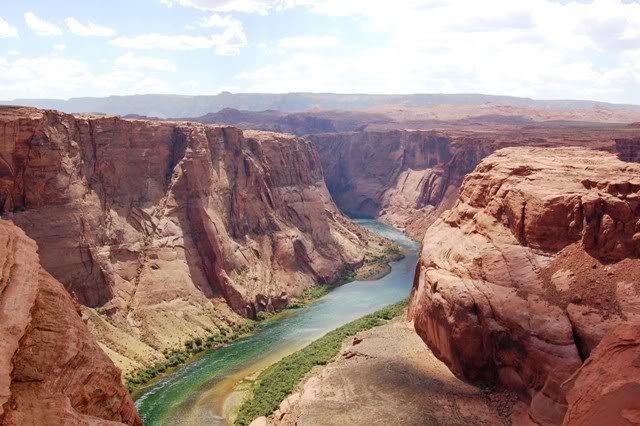 Of course I knew what the Grand Canyon looks like in general from pictures (i.e. a huge crack in the ground), but I wasn’t expecting the river area to be so lush. The vibrant green of the river contrasted strongly with the rock walls. Oh yea, it was really big, too. 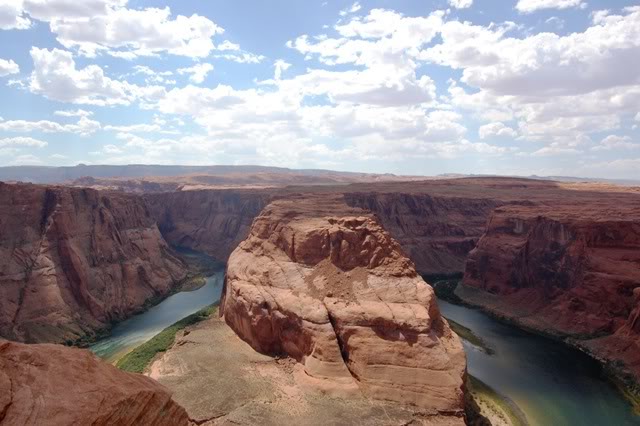 Just up the street was a large dam and bridge over the Grand Canyon. Unfortunately I was not able to quickly spot a place to stop and get a picture of the ‘low’ side of the dam, but the other side was also pretty neat and gives you an idea of how large this thing is. 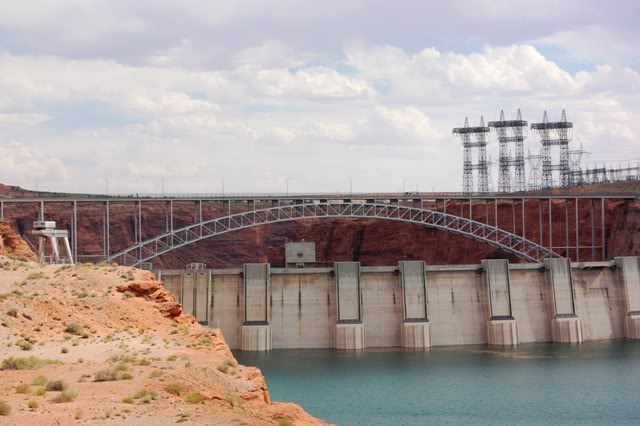 From there it was lookouts galore. There were more places to park and take in a view than I was able to visit. The ones I did stop at did not disappoint! 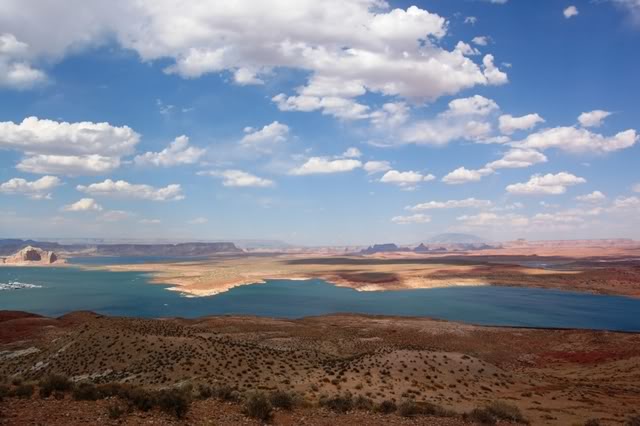 This was not far from the Utah border and once past that it was only minutes to the trail I wanted to take, Smokey Mountain Road. The first section of the road was the most barren and lifeless place I have ever been. It stood in dramatic contrast to the Grand Canyon scene, and even elsewhere in the open desert. 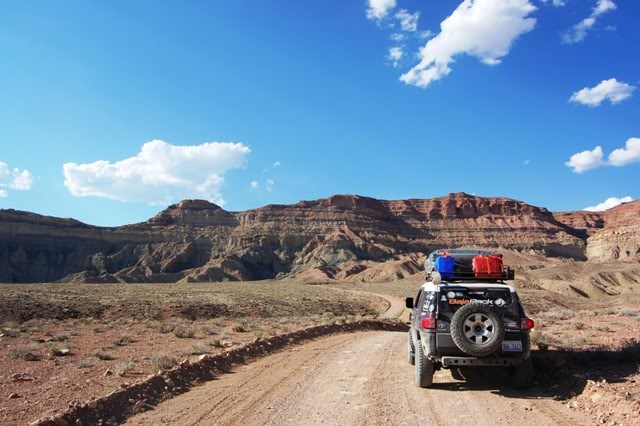 To be fair, I shouldn’t call that section lifeless… there were dried up things here and there. But THIS was lifeless for sure. 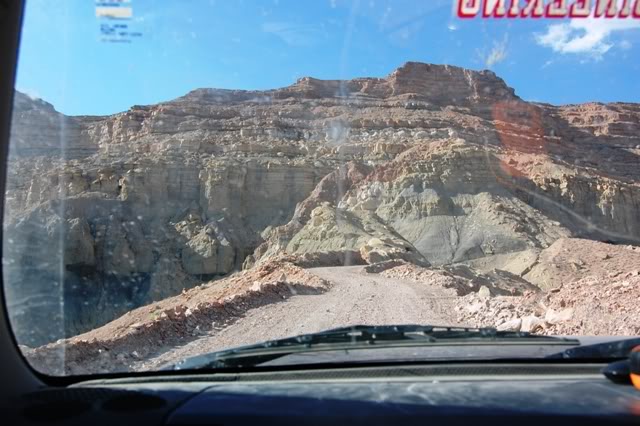 The road turned to a very cool shelf featuring an extremely steep fall off the edge. 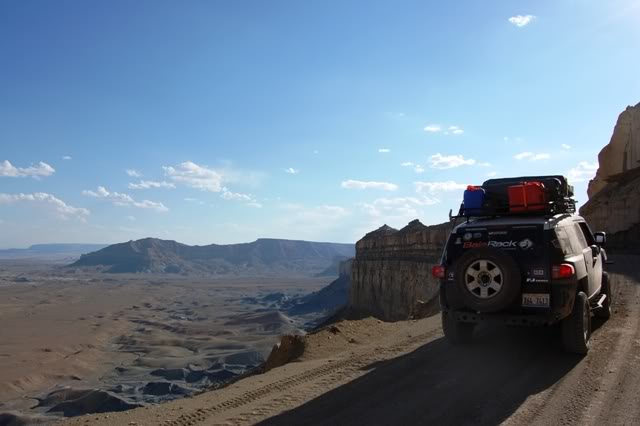 There was no shortage of epic scenery on that evening… 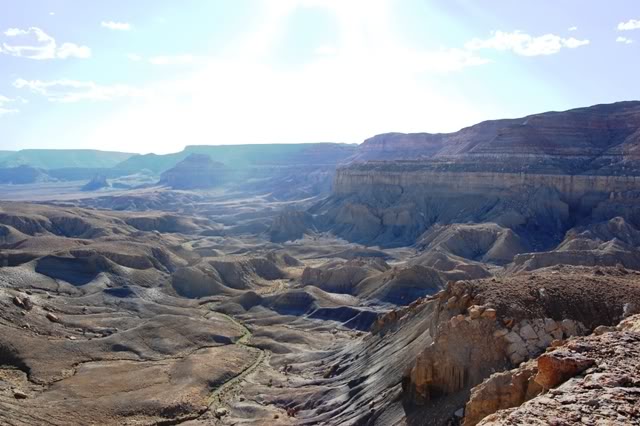 I found a short turnabout which would have made for an amazing campsite with a fire ring and the truck parked on the edge of the cliff, but it was too close to the main road (not that I really expect to see anyone out here). A bit down the road there was a similar site, not as close to the edge but much farther from the road. It will do just fine! 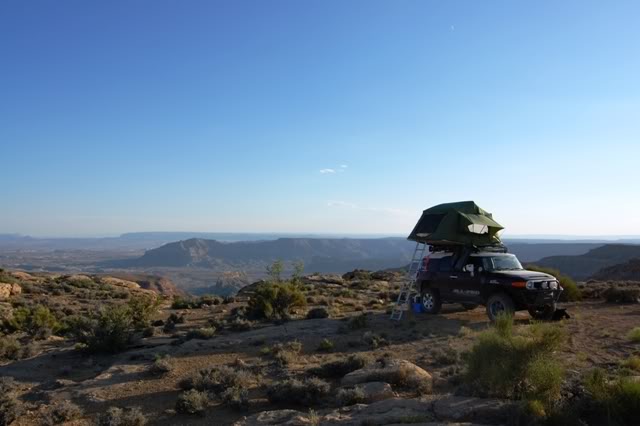 Setting up the roof tent was interested in the extremely strong gusty winds that were up there. The rainfly had to go to cut down on the wind noise and ruffling, and removing that turned out to be a battle with the wind. And, as luck would have it, after the rainfly was off to accommodate the wind, it started raining on the horizon and the wind stopped. Hopefully the wind and clouds don’t conspire to bring the rain my way.