The theme for the morning was bugs. BUGS… And after that there were some bugs, followed by BUGS. I broke down camp in a mad, ear- and mouth-full scramble and ran away without eating breakfast. That could wait… I’d never tried to use Delorme Topo for route finding, so I took a few minutes to plug in some stuff for Reds Canyon to see if I could navigate from the compy alone. That turned out to be a waste of time since there was the greatest and most complete signage I’ve ever seen throughout the whole area. Reds Canyon was rated a scenic of “10” in the Backcountry Adventures: Utah book. I don’t think a single trail in Arizona made that, only 9’s. So was Reds Canyon worth the hype? Yes. 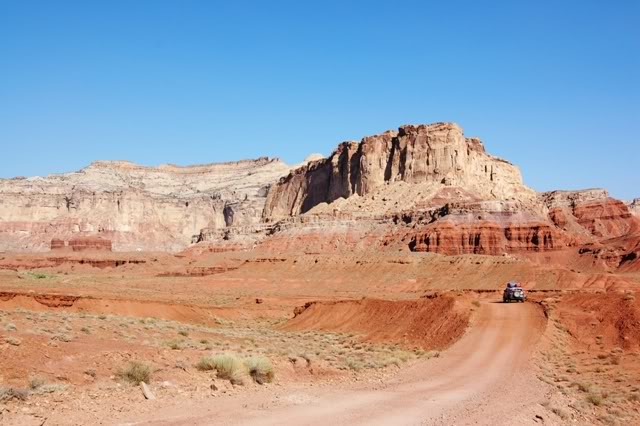 Aside from the general brilliance of the place, the first point of interest was an amazingly in-tact mining ruin. 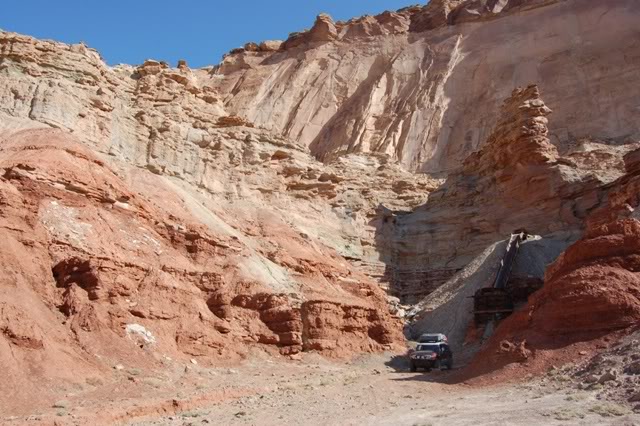 I climbed up to the top of the thing, the view from up there was incredible. 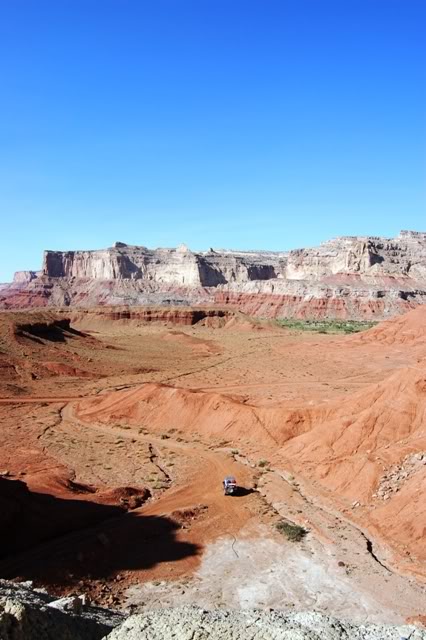 There was a loop off the main road on the topo map which followed a river, but unfortunately after about a quarter of it I came to some ‘closed to vehicles’ or similar signs. The brief section I was able to do was nice, though. 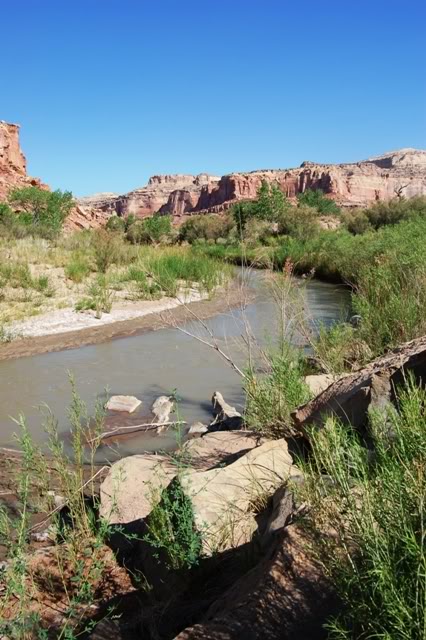 There were car ruins here and there, but this one incredible… engine still there with the starter motor and wiring attached, cab still had gauges in the dash and paint on the body. I should have tried to start it up! 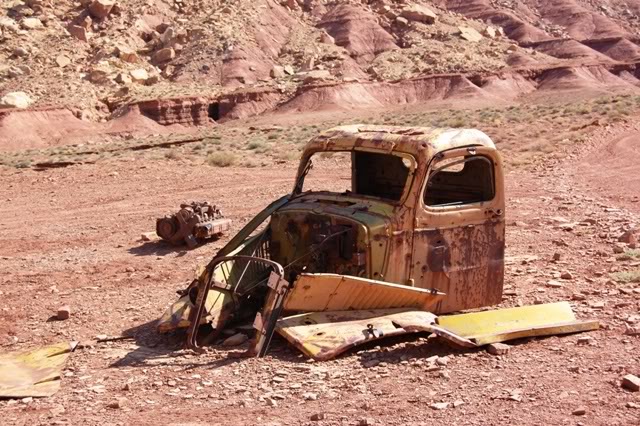 A ways into a canyon off the main road there was a trail leading to yet more mine ruins. It was very difficult sand (aired up tires, heavy payload, deep sand… ouch) and a couple times I thought I was going to be stuck. Throwing the locker on helped and I was able to pass. Spot the FJ! 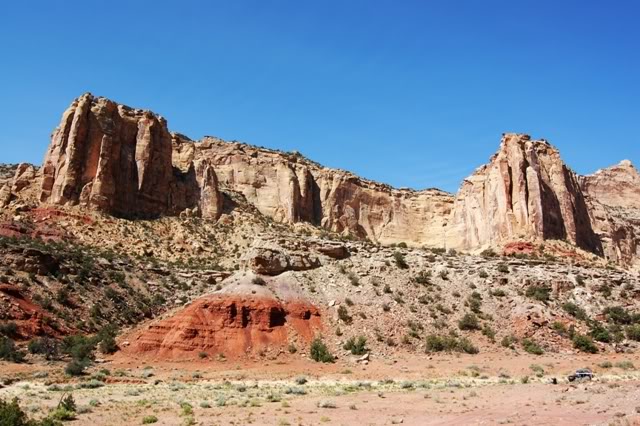 Some of the ruins. Oh, and you should just assume that there is a hidden FJ in ALL my pictures… or is there? Bwahaha 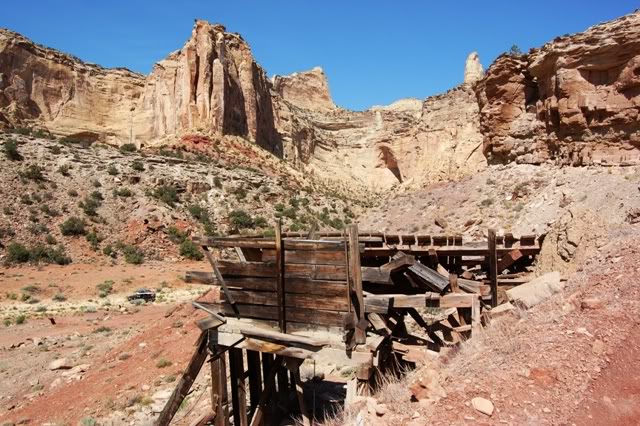 I was starting to feel a little funny and was getting quite the upset stomach. I’d been eating well and drinking TONS of water, so I thought either I’d sniffed something at the mines or there was a pool of battery acid in the rear of my truck (my aux battery isn’t exactly sealed as I found out the hard way bringing it home). Since it’s easy enough to get to, I thought I’d check it out. Plus, this lets me show off my “Don Box” battery setup in the back. Closed up, ready to go: 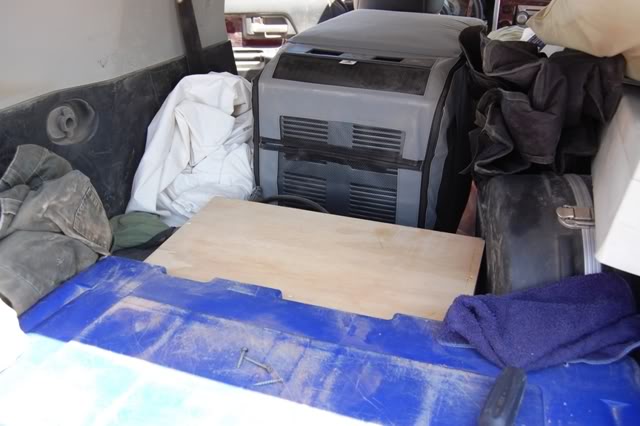 The guts… The controller (solenoid) itself is mounted between the fridge and the driver’s wall of the FJ. 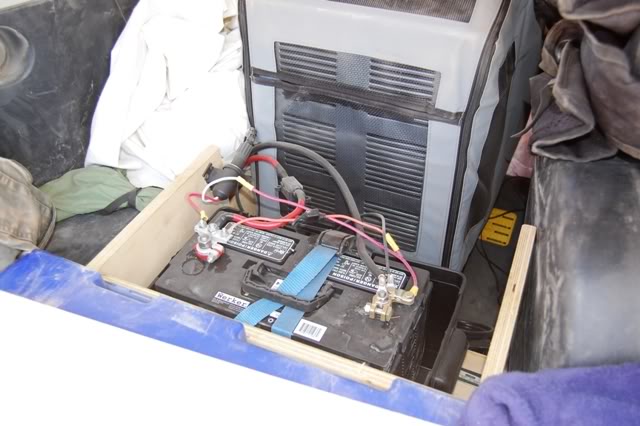 I’d planned to go a bit north of Salt Lake City to camp and run a trail, but along the way near Provo I was taken off course by this crazy alpine mountain area. How many different environments I’ve been in only in the last couple days is mind boggling. 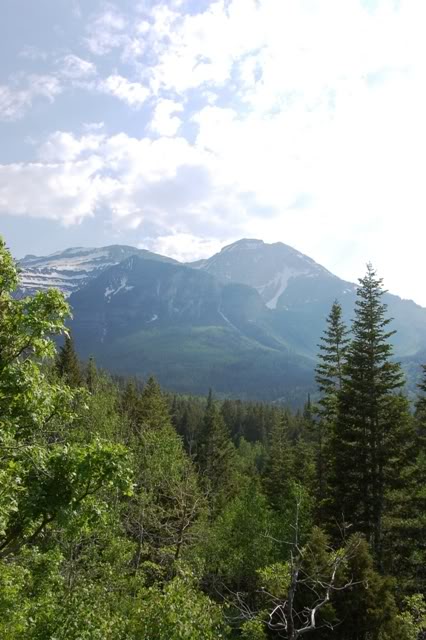 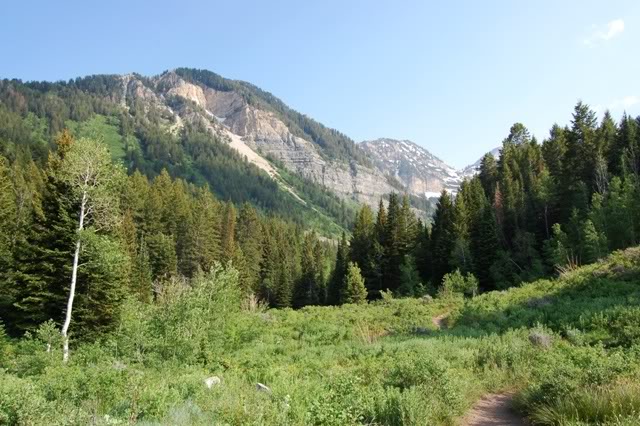 I started to play with my camera settings (I’ve only had a camera where anything but ‘auto’ is possible for a few days now), namely the shudder speed, to do those cool blurred-water images you see all the time. While mine didn’t turn out very well, the lighting was horrid, and the subject not very interesting… I at least proved to myself that it works! 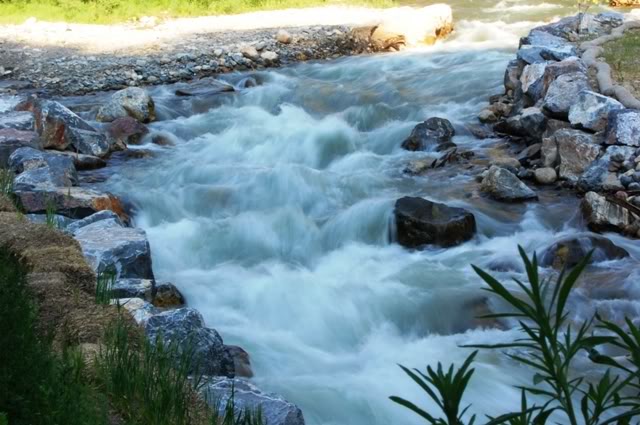 I was still feeling a little poopy (bought some Pepto, that’s all you need to know about that) and wanted to get on some internet and happen to stumble upon a KOA in Brigham. Perfect! Deploying my roof top tent was quite the hit among all the old women in RVs…