I woke at the KOA, delightfully late, to the sounds of thousands of children drowning in the nearby pool. Upon inspection, it turned out to be only two who weren’t drowning, but they fooled me all the same. A shower was great, and the facilities very nice. I was expecting the showers to be one of those “get naked with strange old men” rooms, but they had nice little stall things with changing rooms. Out of Mantua (which had some incredible ranch homes), is a forest road which leads to Inspiration Point – a 360 panorama from a summit. From the topo, it looked like there should be some dramatic views. The land in the area was beautiful, with fields of wildflowers and snow-capped peaks in the distance. 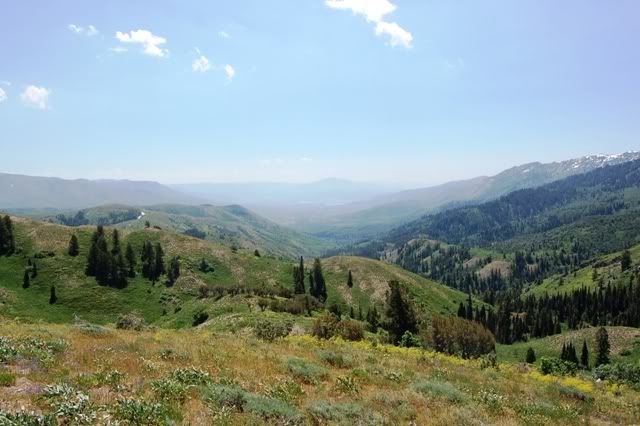 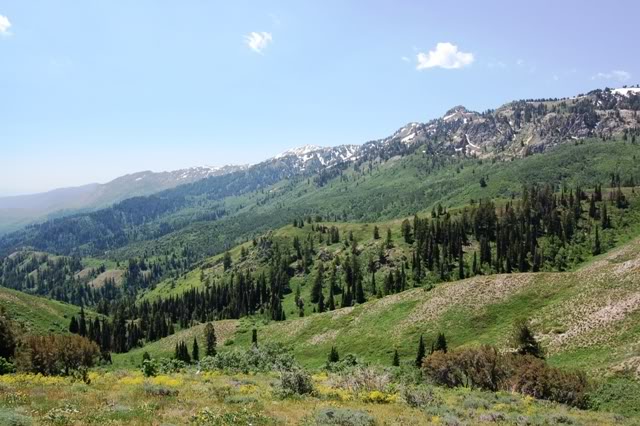 As I gained elevation, I started to see large patches of snow which was cool… what wasn’t cool was when the snow killed my chances of passage! The worst of it could have been passed, but not alone and not with 57,000lbs of gear in my truck. 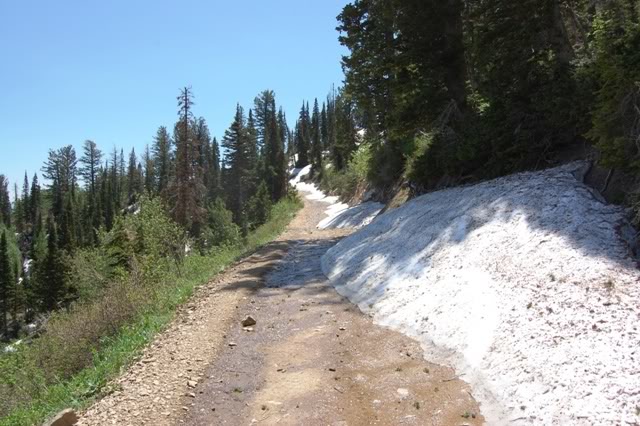 So, after a brief hike up the road to a point I head back down… I could have hiked to Inspiration Point, but it was a few miles up the road and quite a bit higher than where I was. Laziness! Back on the interstate I blazed up, into and through Idaho to the West Yellowstone area. I was just about to find a spot at a forest service campground when the most incredible thunderstorm in the history of man broke out. The rain drops were so large I thought the windsheild was going to break for sure. I got back on the road and continued on, hoping either to get out of the storm or wimp out and get a room for the night. The weather broke and I was rewarded with giganitc rainbows… yummy. 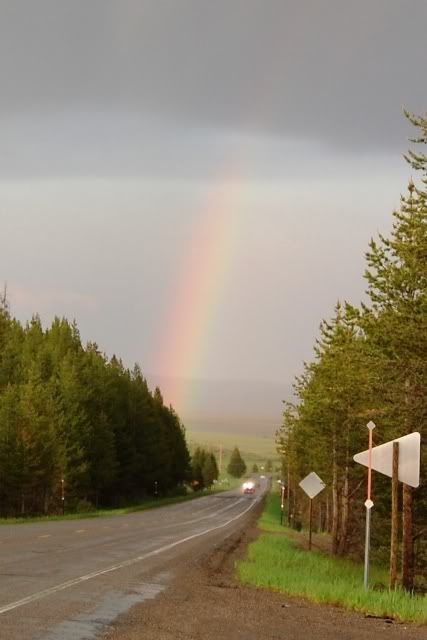 The Yellowstone area is amazing and the storm provided some interesting lighting for picture taking.

Each mountain peak I saw made me wonder with a smile, ‘are Lance and I going to be up there later?’ 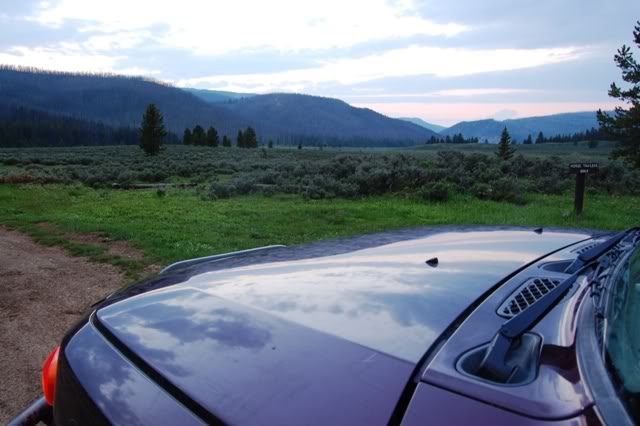