Fishing at Wollaston Lake Lodge is always a fantastic time. The location is spectacular and remote, but not without ridiculously luxurious accommodations to return to each night. To get there you fly from Winnipeg, MB to Points North, SK on a flight basically chartered by lodge. 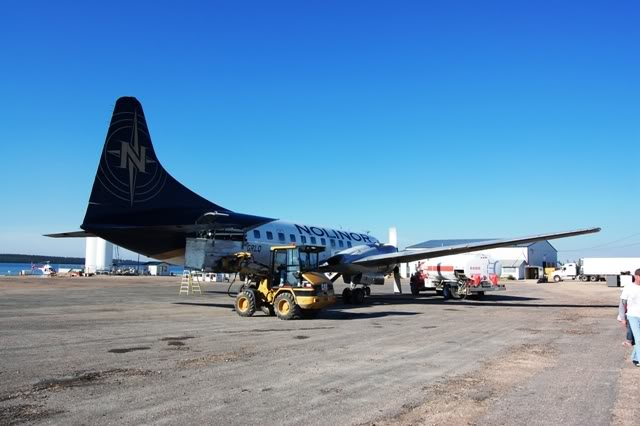 Next is perhaps my favorite part… the offroad school bus ride!!! Well, of course it’s not offraod… but you do have to take a 45 minute ride in a school bus on deep washboard dirt roads to get to the lodge. The need to sit in the front of the bus is something we discovered the hard way the first time we went up there. 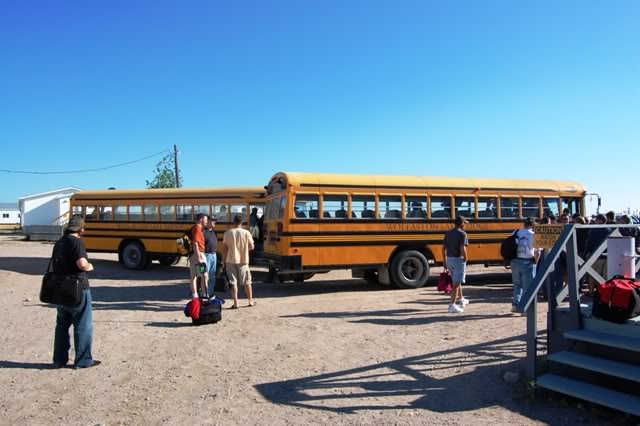 Out on the water the first day, we saw a forest fire break out very near us. By the evening, the sky was filled with smoke and we were left hoping it would not affect the trip as fires had done in the past. 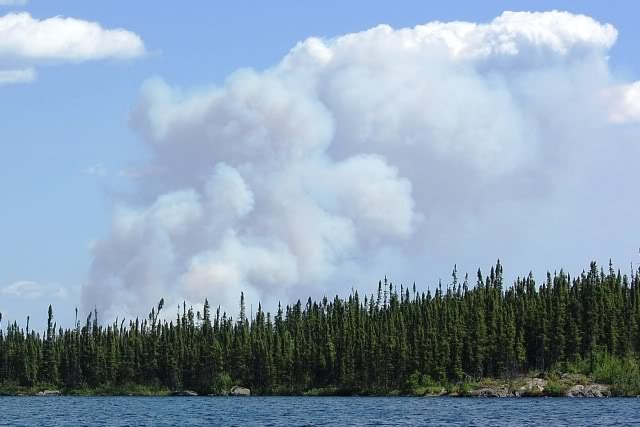 Shore lunch on day one… shore lunch is the greatest possible food in the world. If I had to list the best meals I’d ever had, not only would every one of them be shore lunch, but the first ones would be the ones by our guide, Jason, who we’ve had before. He is a ridiculous master cook, it’s insane. Here my brother, dad, and Jason await the feast. 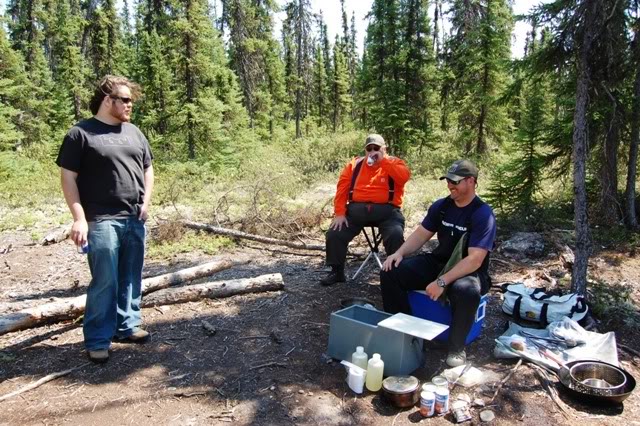 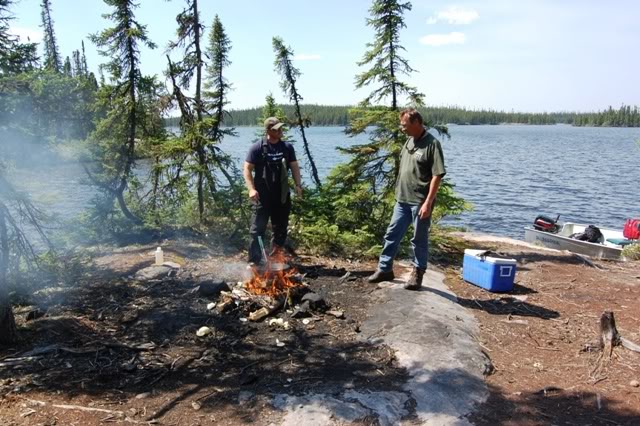 We opted to do a fly-out each day. A float plane picks us up at the lodge and takes us to some other lake where there are some smaller boats waiting. 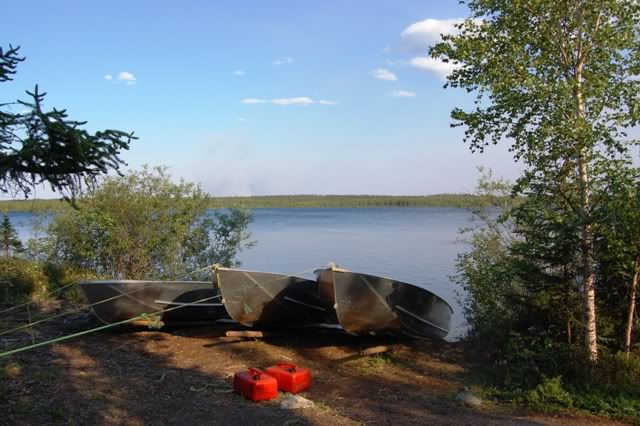 The float plane is a super cool de Havilland Otter which can basically take off and land in about 18 inches… Here it is, falling out of the sky… 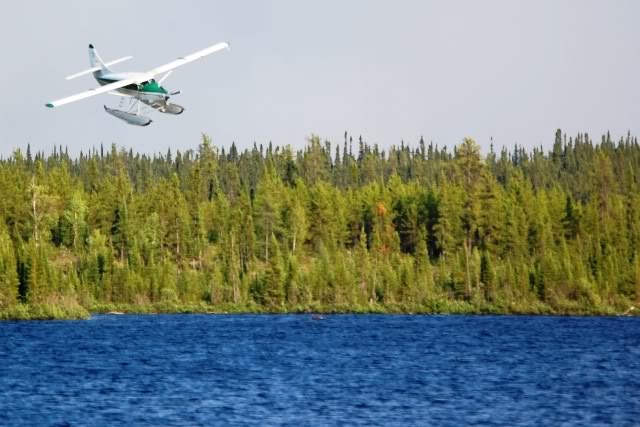 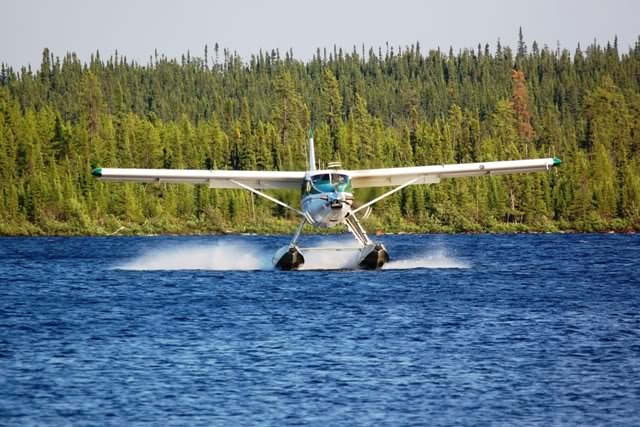 The guides have to wait for the prop to go by, and then jump on the floats to tie the thing to the dock… 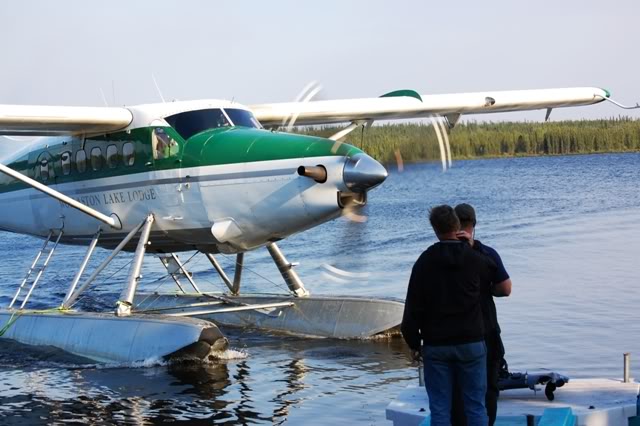 I had a few interesting conversations with the pilot when I noticed they’d installed a SPOT in the cockpit! 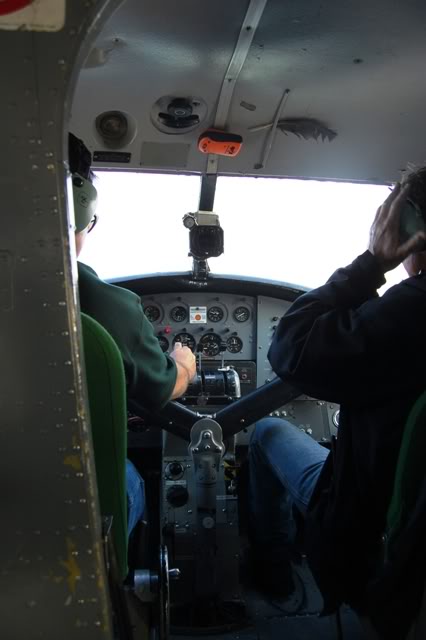 The flying is fun for heights-phobic folks like myself, generally we were cruising at 500 feet or so… a few times even lower due to the weather. 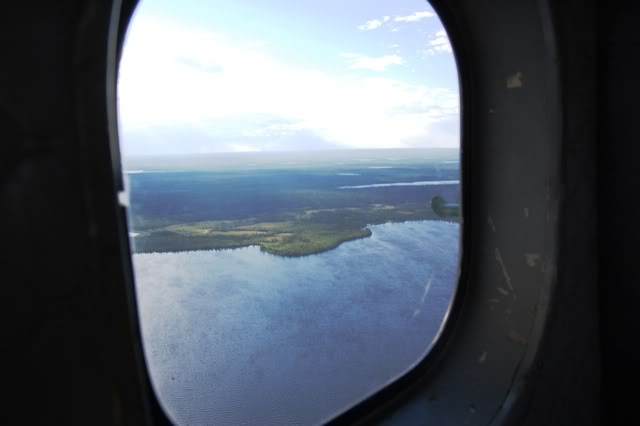 The fishing on the first day was pretty good. I got a Pike big enough for pics, but nothing out of the ordinary for this lake. 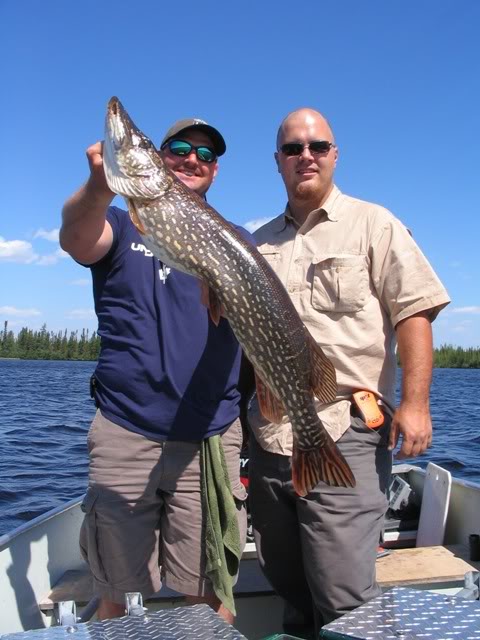