After being assured relentlessly by my dad (who controls that weather) that there would be nothing but blissful sunshine, we head out for the day into cold, strong winds. At this point I was VERY glad I’d stopped at the Cabelas in Grand Forks for rain gear… boat rides in the high waves and wind were basically like sitting and having 5 gallon buckets of water repeatedly dumped over your head.

One interesting thing about the weather up there though, is how quickly it changes. This is the scene when we stopped for lunch… 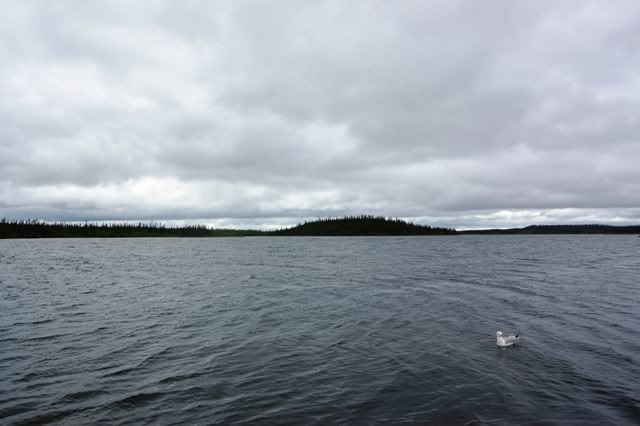 …and this is as we were getting back in the boats after lunch. The sky cleared, fast! 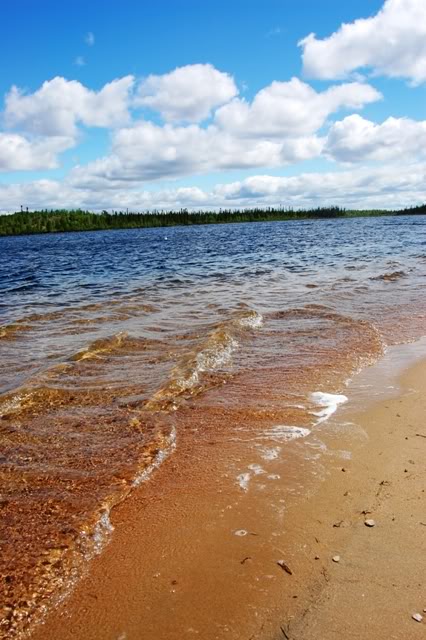 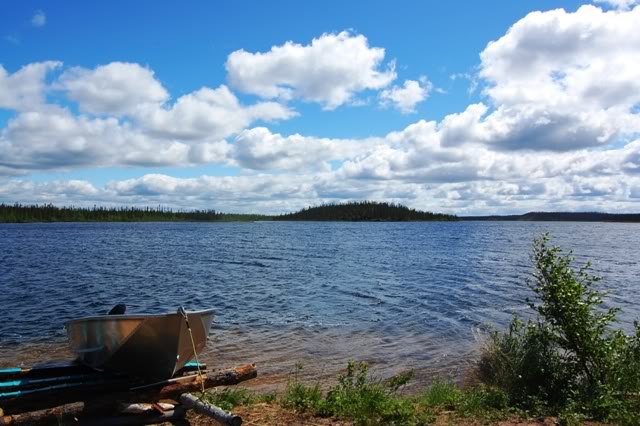 The seagulls have it figured out pretty good. They follow the boats around waiting for the remains of lunch so they can swoop in and eat up. 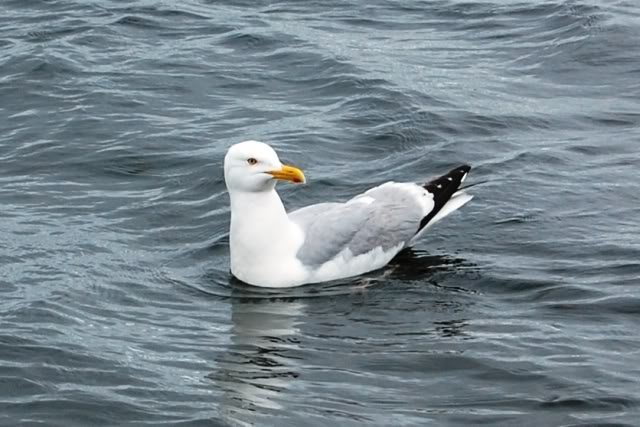 On the way out from eating we spotted a moose! 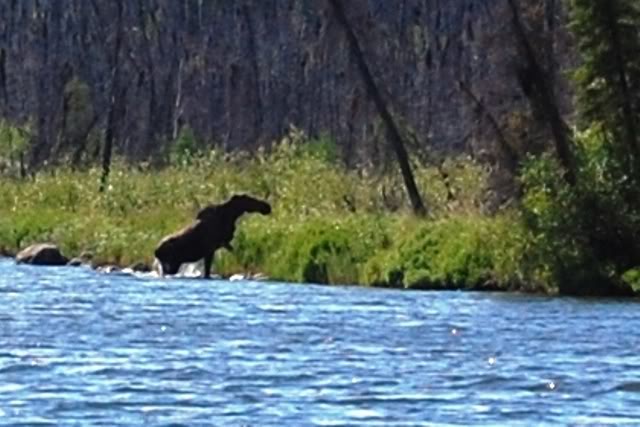 It looked like Mom with two of the kids (they were too short to get pics of). 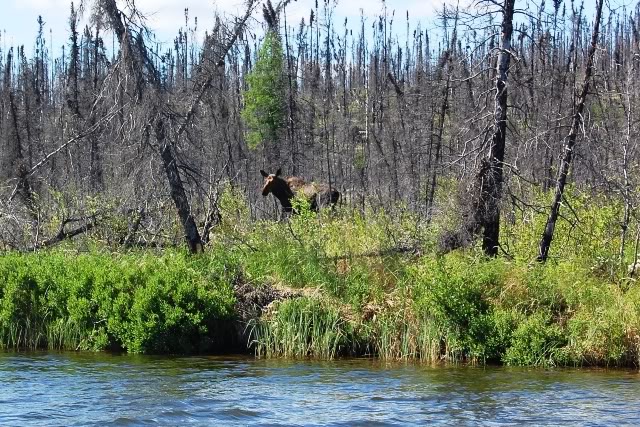 By the middle of the afternoon it had shaped up into a fine day. My dad fishes from the other boat in the distance… 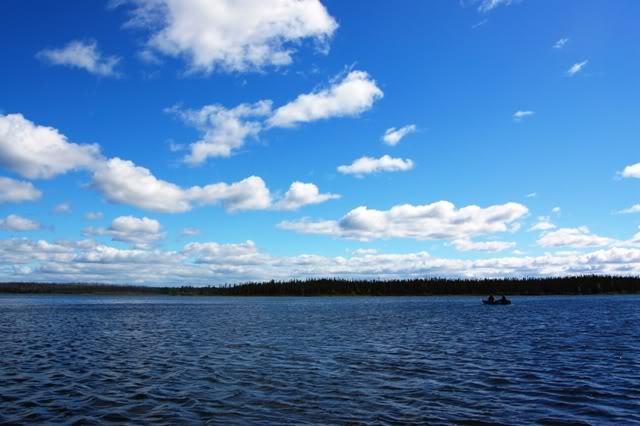 The lake is 100% catch and release, with the obvious exception of those kept for lunch. Here, a small Northern Pike takes a brief flight back to the water. 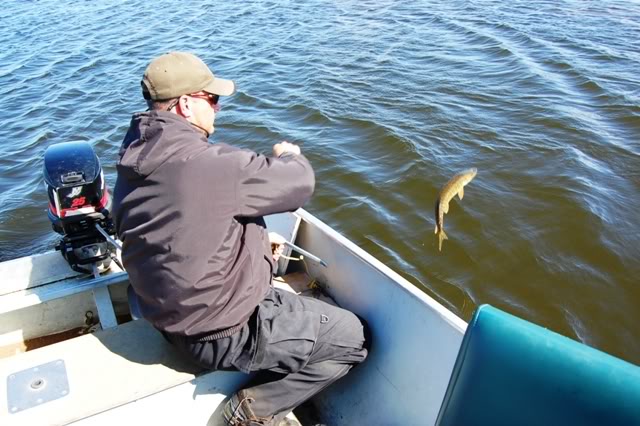 Back at the lodge that evening, I took some pictures of the grounds. Parked at the lodge on the main lake are much nicer boats than the ones waiting for us at the fly-outs. 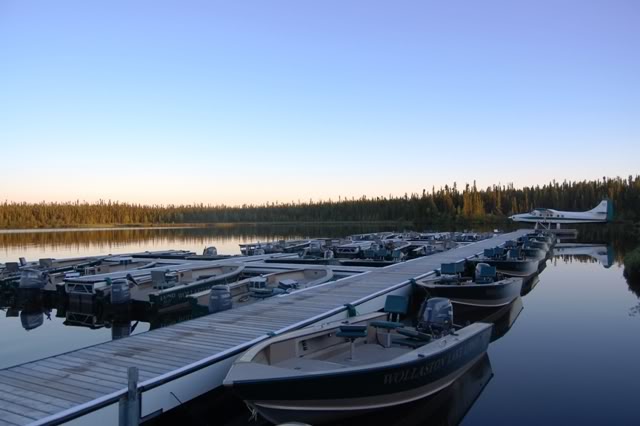 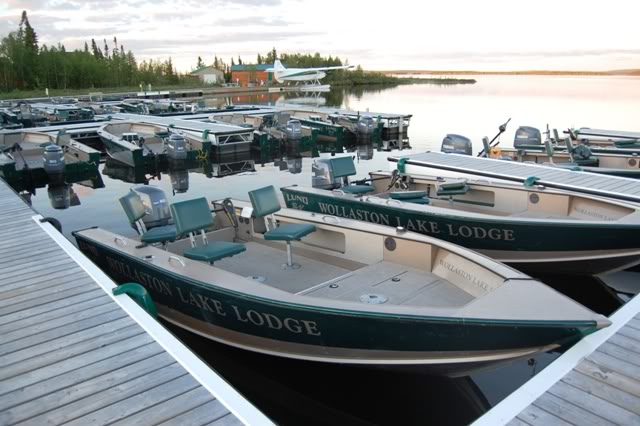 This is one of those deals that requires either being there or being a much better photographer. The colors in the water were deep as the sunset over the lodge behind me. 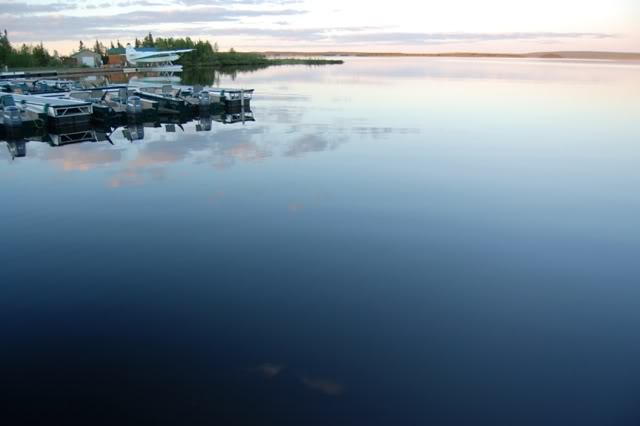 One of the two Otters used by the lodge, parked for the night… 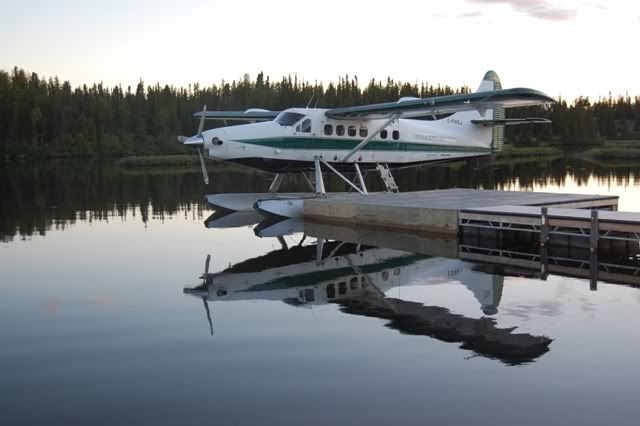 The lodge itself. This wall we’re looking at is the large, panoramic dining room. 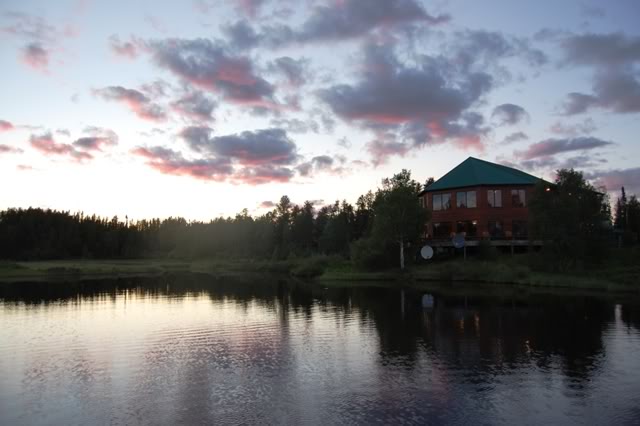 As the sun started to think about going down (it doesn’t ever really get dark, this is how light it was at 10pm), everyone gathered on the docks for a massive and exciting Canada Day celebration!! 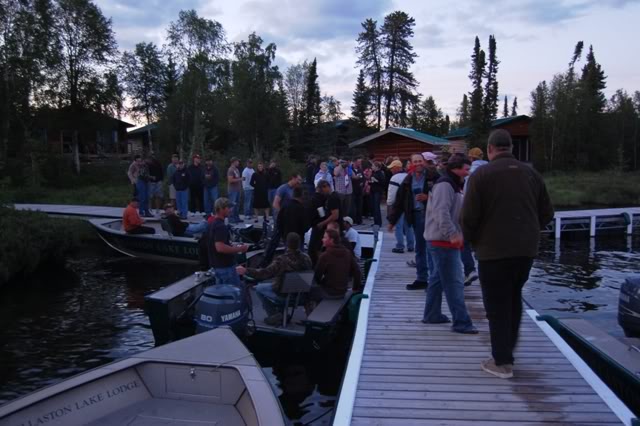 What followed was awesome… a few guys go out on in some aluminum boats and blow up fireworks, shielding themselves from danger using a sheet of wood. 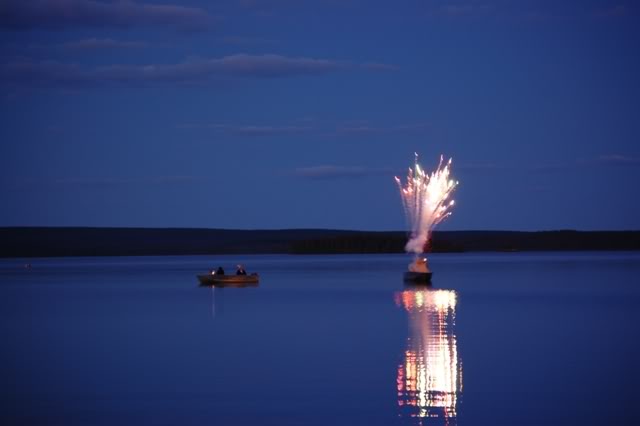 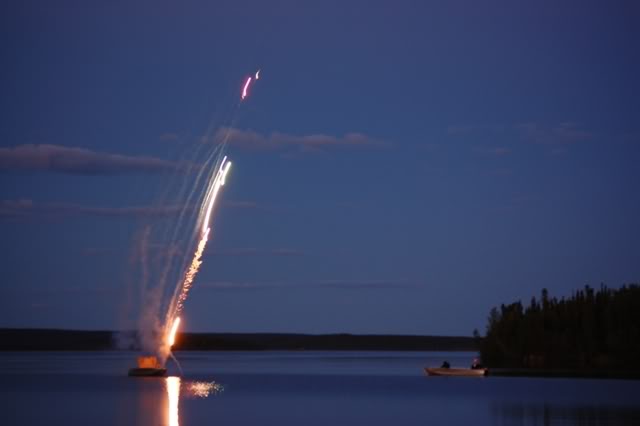 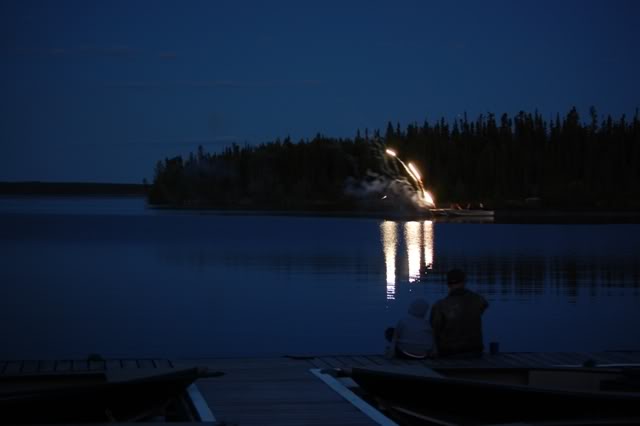