By the afternoon I’d arrived in Banff… wow. Banff National Park is the first national park in Canada, and only the third in the world. It only took me until the end of the day to decide that this is in fact the greatest place I have ever been. 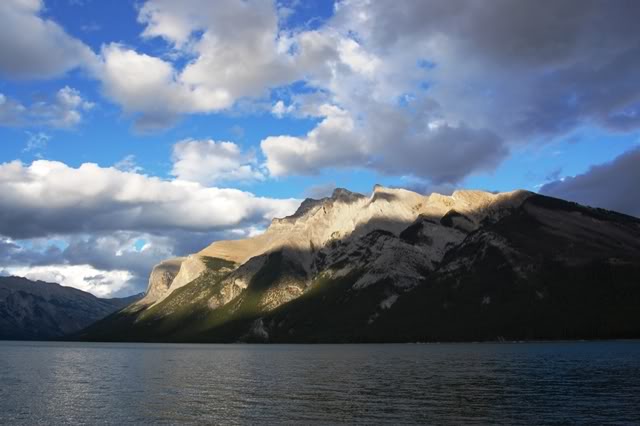 There was no 4×4′ing, as national parks go, but being confined to pavement and prescribed scenic lookouts did little to take away from the ridiculous awesomeness of this place. 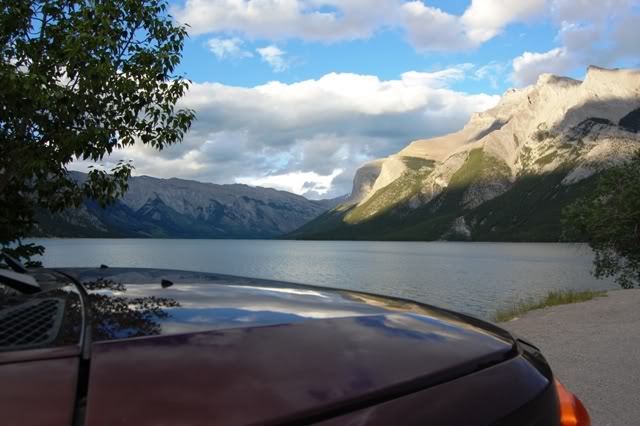 I parked at a pullout and set out on a brief hike down to a river. The river opened into a lake which was very cool… 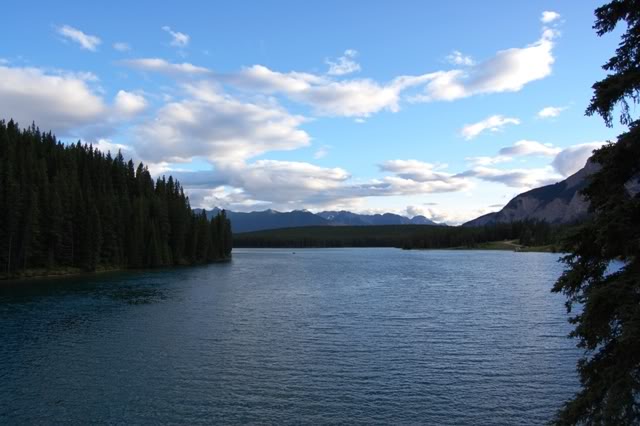 …but not quite as cool as the scene that had unfolded at my truck while I was gone. A caravan of mountain creatures popped by to check out my rig! 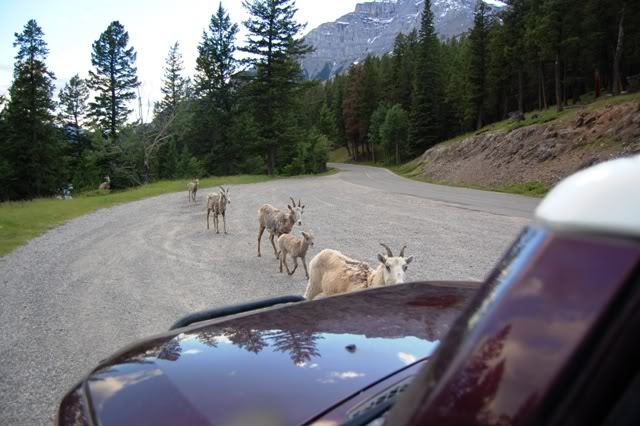 One of the group was much younger than the rest, and I tried to get some nice pictures of it’s overwhelming cuteness, but unfortunately could not frame a shot that did not also include GOAT ASSES. 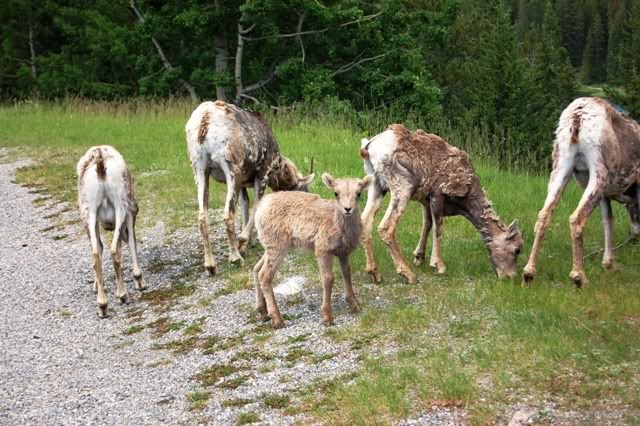 Unsure of their intentions, I retreated to my drivers seat. The goats completed their walk-around inspection of my stuff. 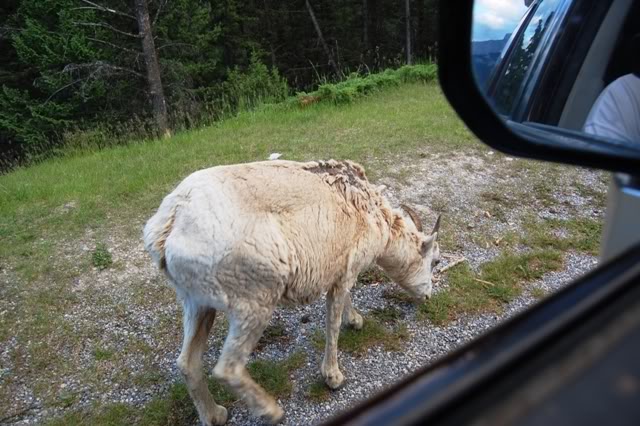 The rest of the park I saw that night was insane… post card views in every direction. 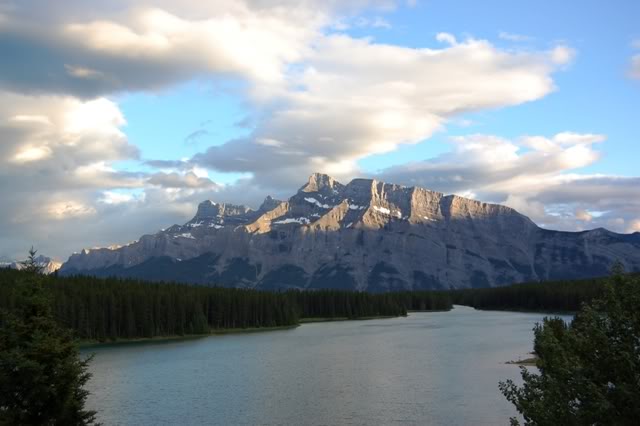 As it started to get dark, I did one last brief hike to a lake… 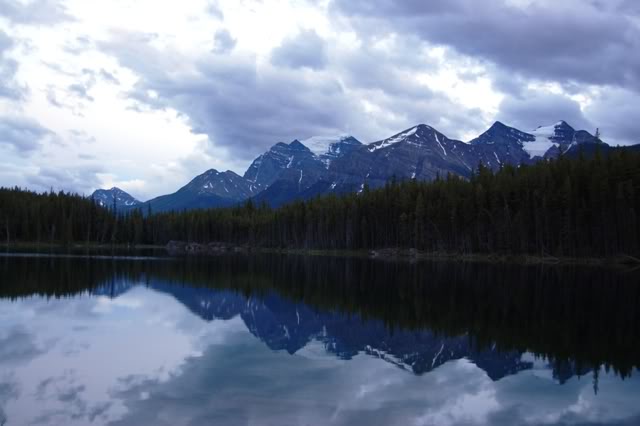 …before turning in for the night in one of their campgrounds.