I stayed at the Mosquito Creek campground, hoping the name was something of an irony. It was a great night! The campground was typical of national parks – assigned spots, picnic tables, etc. but there were a few additional treats available including a HUGE stash of available firewood and a hut with a wood-burning stove. Back on the road, the scenery madness continued. 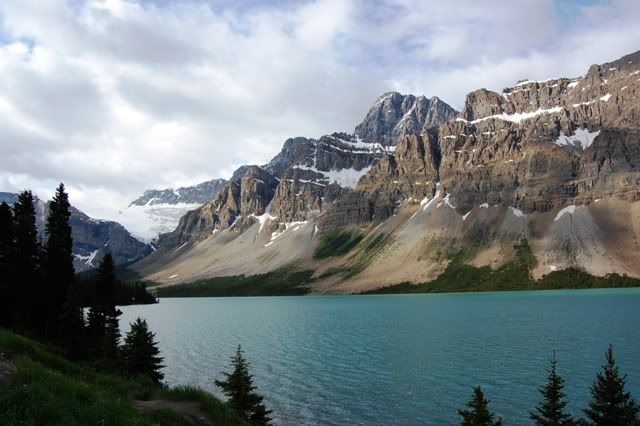 There had been a bit of rain and my hood was unusually clean… better include it in some pictures so it looks like I have a nice, clean truck! 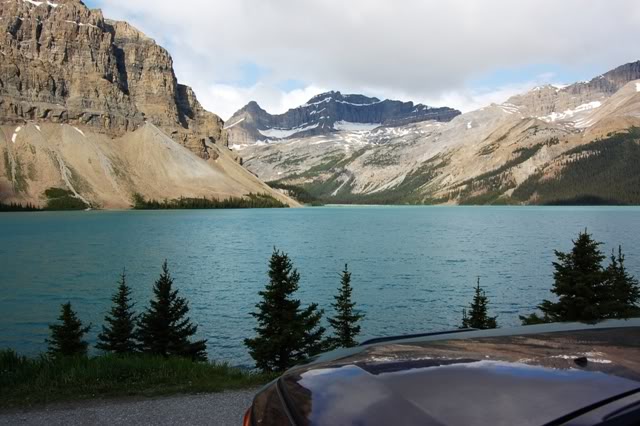 In the Canadian National Parks, rather than a sign that proclaims something like “scenic crap over here!!” they have this sign… I don’t really understand it’s meaning, I think it’s trying to say “stand over a short person and drink savagely from an extremely tall beer can.” 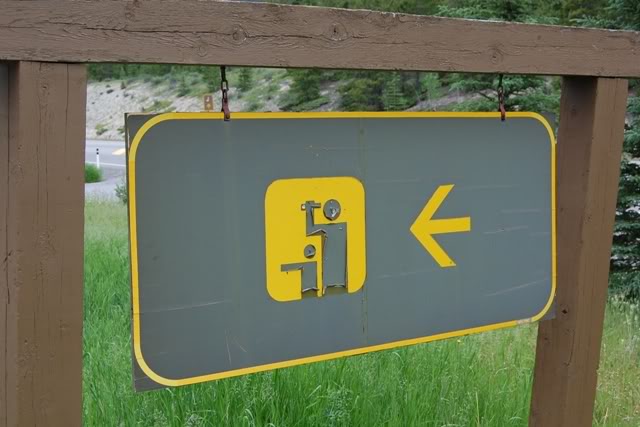 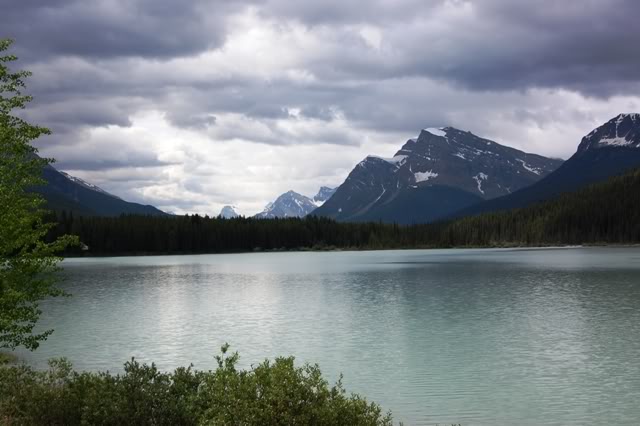 As I head north towards the Jasper National Park, the snow became thicker and glaciers more frequent. The farthest north I made it was the Columbia Ice Field. According to signage, the water from this glacier drains into the Pacific, Atlantic, and Arctic oceans. Nearby, you could get a ride in THIS thing… 66″ tires and all. Note it’s comical dwarfing of my wimpy truck. 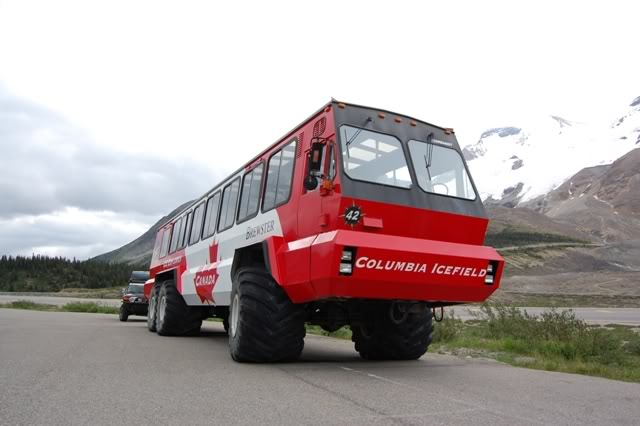 The ice field itself was a cold, windy, and desolate place. Of course you’d expect that of an ice field, I suppose, but it was still a bit striking. 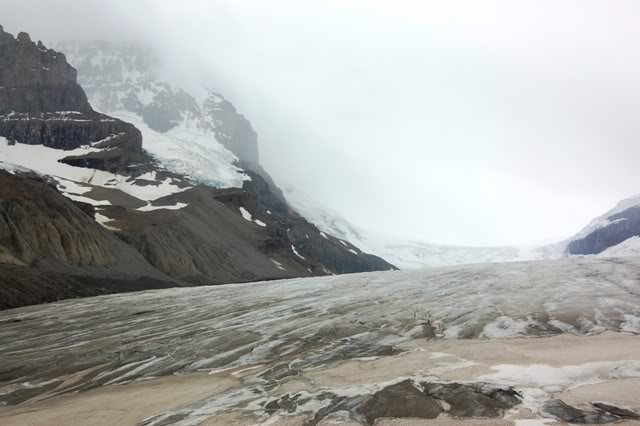 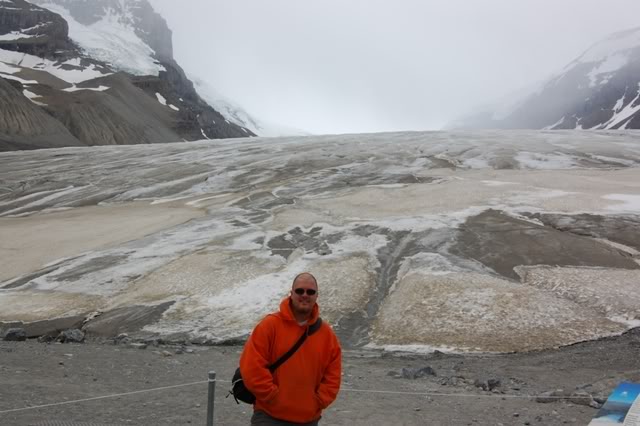 Canada takes a very different approach to warning signs than I’m used to seeing… there were many placards that not only warned of danger, but insisted you would in fact be harmed and told terrible, recent stories of other’s doom. Like this one, situated right next to where that last picture was taken: 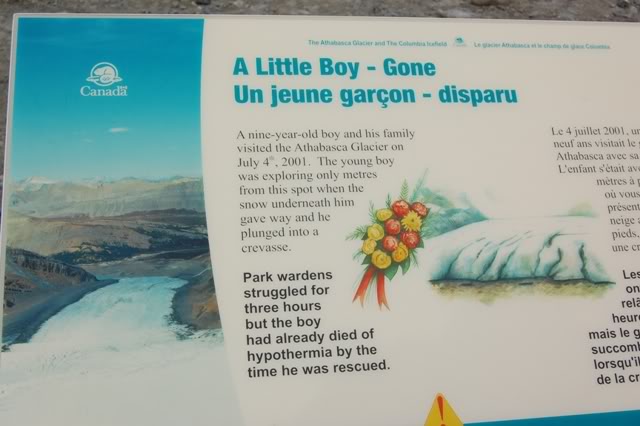 Back in Banff, I did some more hiking and one brief stint took me very close to some very large waterfalls. 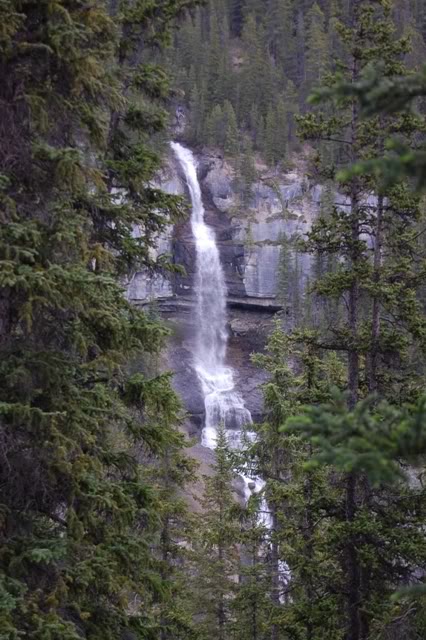 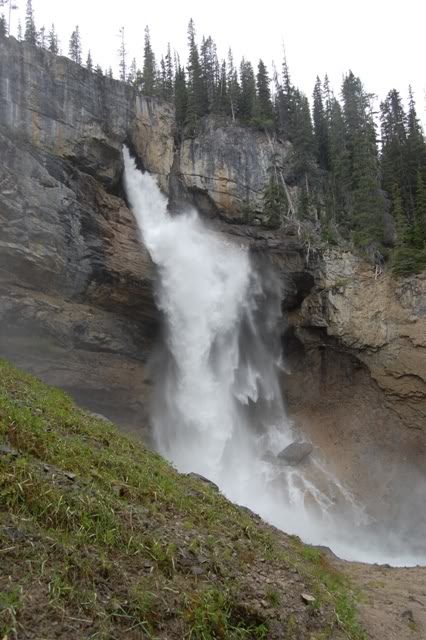 This shot is generally representative of what driving through the park is like. The main road is in a deep valley between gigantic ranges of mountains. At nearly all times there is some kind of river, stream, or lake next to the road. 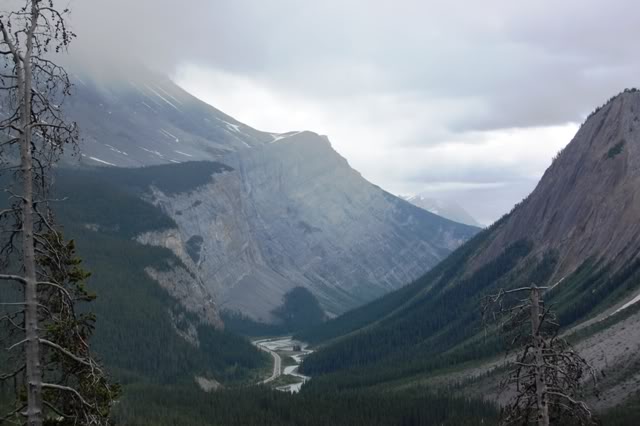 Leaving the park, there was a grand proclamation of my crossing the Continental Divide. 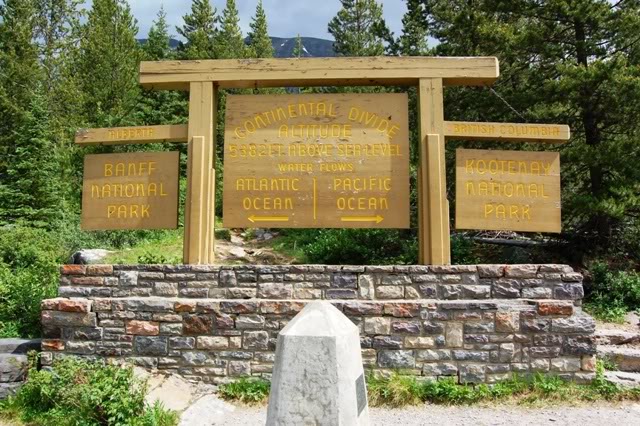