Last night Nathan and I went on a small side-trail excursion away from the group that lead to some good muddy fun. As night fell, the effectiveness of both my headlights and HID’s was nonexistent… we were able to imagine why, and as the sun rose in the morning we confirmed it. oops.

As we head down the trail, there was a fallen tree blocking the path. TREAD LIGHTLY and common sense outdoor ethics insist that temporary obstacles either be crossed or cleared – going off trail to bypass them is not acceptable. With that in mind, it was time to grab the saw and get to work. 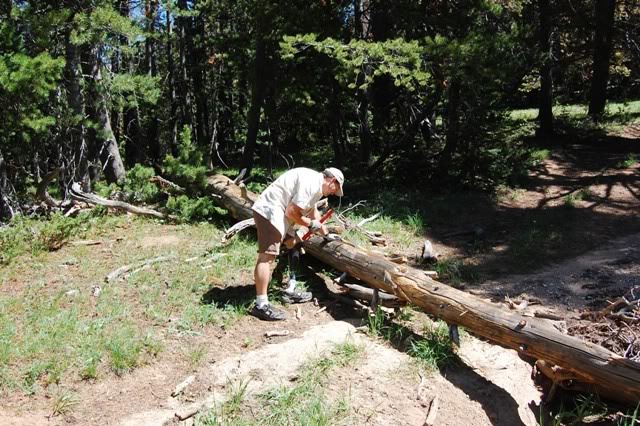 Since we are a bunch of wusses, we took turns with the saw and before long we had a nice, clear trail to drive on. 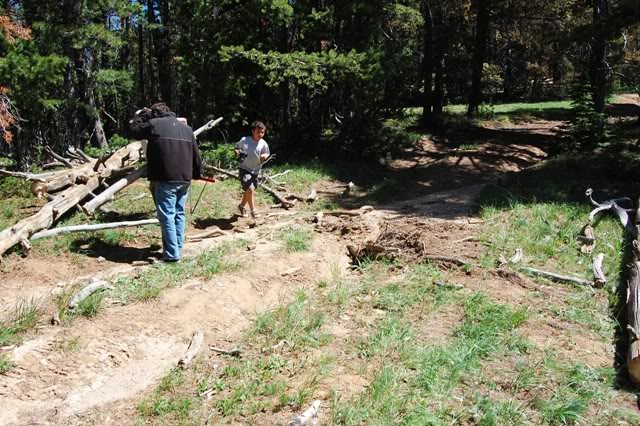 Of course, as we got up the trail a ways Lance realized we’d taken a wrong turn and the whole struggle was unnecessary. But even still, it was good we went that way to clear the tree and protect the future of that particular area, no matter how small it is.

Back on the dirt it was much of the same as the day before, smooth paths with thick green pine forests. 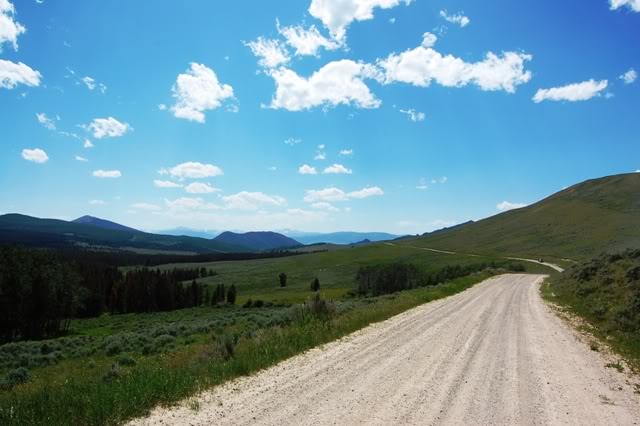 Funny names for places abounded. This sign indicates they knew I was coming. strokes beard

A few hours late, we pulled up to our meeting spot with Linda (black Tundra) and Michael (Taco w/ trailer). Michael would be joining us for the remainder of the trip minus the FJ Summit and Linda for a few days. 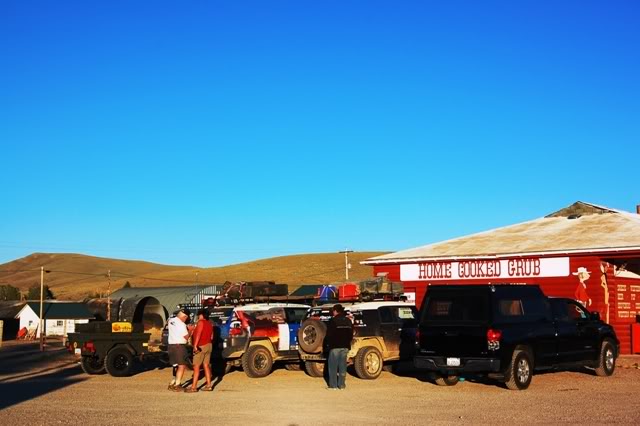 Just up the road there was a crossing of the geographic Continental Divide, so we drove up to take a group shot.

The funny story behind (literally behind) that picture is that fact that on the other side of the street was a field of CRAP. Very cool crap, but crap nonetheless. We stumbled into the owner of the property who lived in one of the school buses and he basically told us he was into collecting crap, from train cars to highway equipment… anything huge and metal apparently. 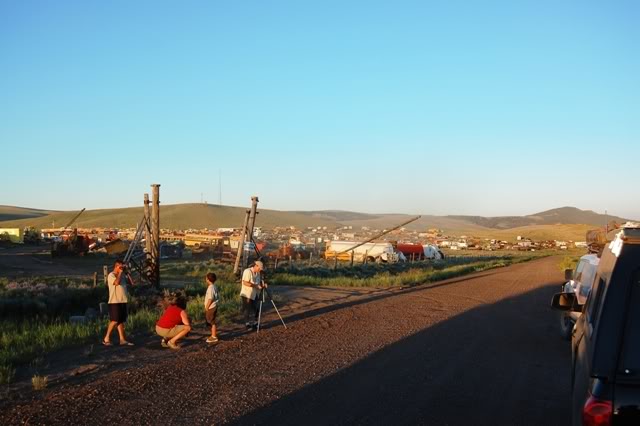 The Red Rock Lakes National Wildlife Refuge was beautiful and we set up camp right as the sun set over the lake. Bugs in the area were abundant to say the least, and it was funny scene as we all scrambled to cook quickly and enjoy our meals inside the protective comfort of our trucks.

The last bits of daylight created a neat halo of color over the lake. 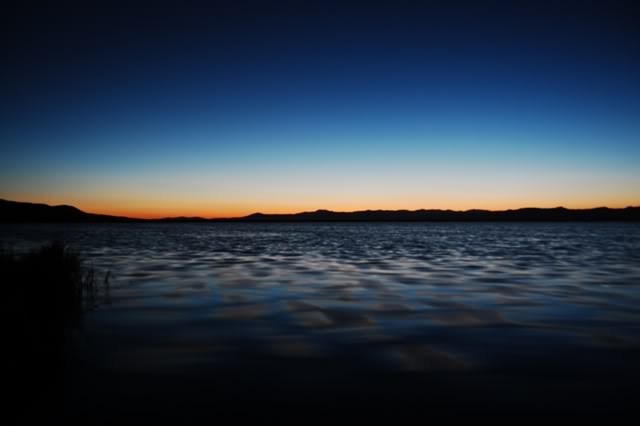 I spent the rest of the night playing with my camera, trying to do something cool. Not much of it worked out very well, but here’s one anyway. 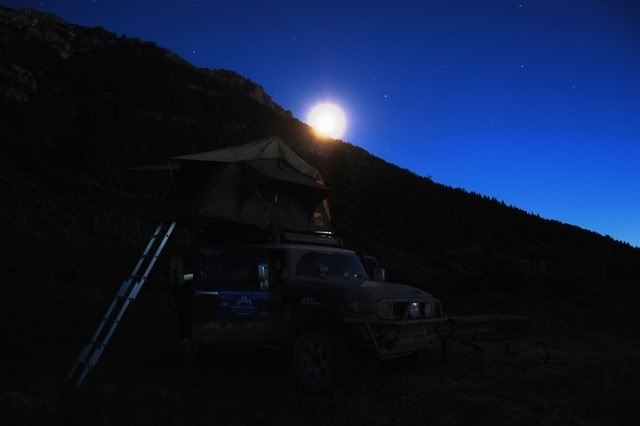