The Grand Tetons are absolutely wonderful, much more cut and jagged than the mountains I’d seen to this point along the Continental Divide. 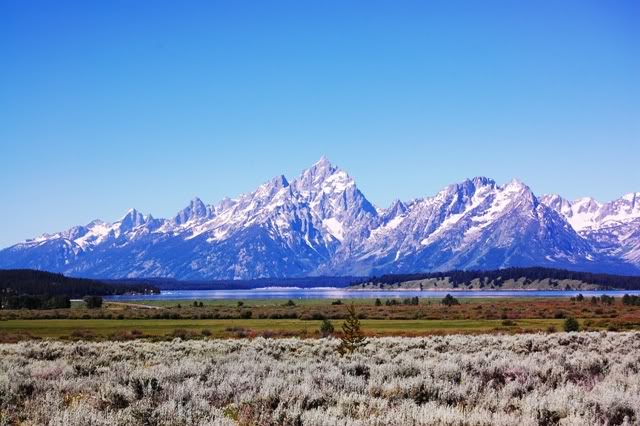 Taking the top for the most bizarre thing I’ve seen on the trip was definitely this… it was driving by and I juuust had enough time to whip out the camera and snap a pic. 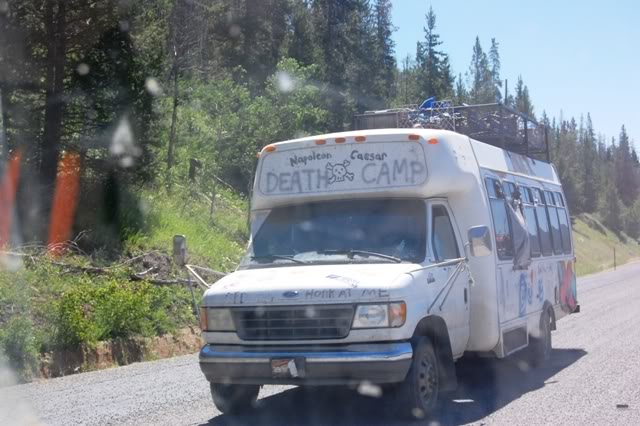 To me extreme delight, I learned that we were driving on a section of the historic Oregon Trail. Anyone who went to grade school in the years surrounding when I did surely remembers the Oregon Trail game for the old Apple computers… Truly, the greatest game ever made. 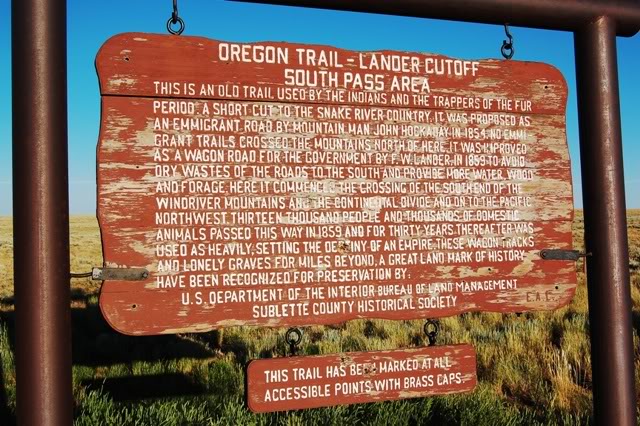 While Lance and Michael were discussing navigation, Nathan and I started off down a brief trail which lead to a lake. We’d just about made it when I tried to cross and extremely small and unchallenging dirt mound… seems that carrying half a ton more gear than normal can send any 4×4′s abilities into “station wagon” range…. I was stuck. 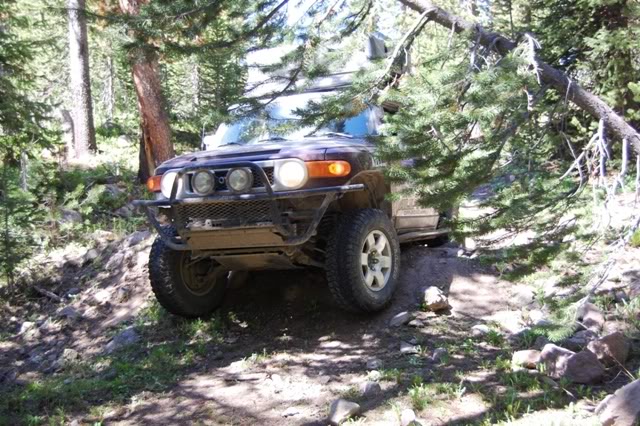 Lance came by and we were able to free me easily with a tow strap, but it remains the single most ridiculously easy thing I have ever been stuck on.

For the rest of the day we were beside the mountains in huge grassy fields. 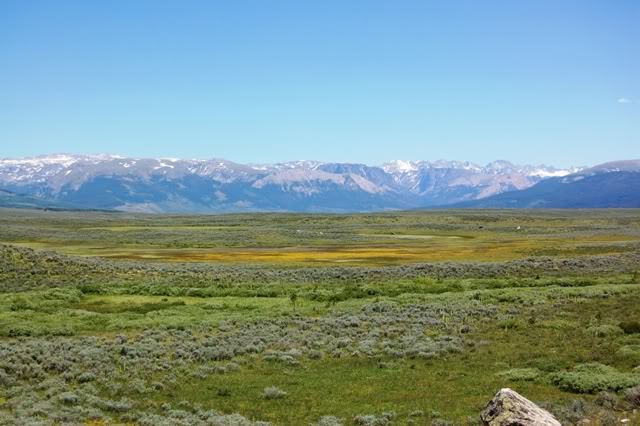 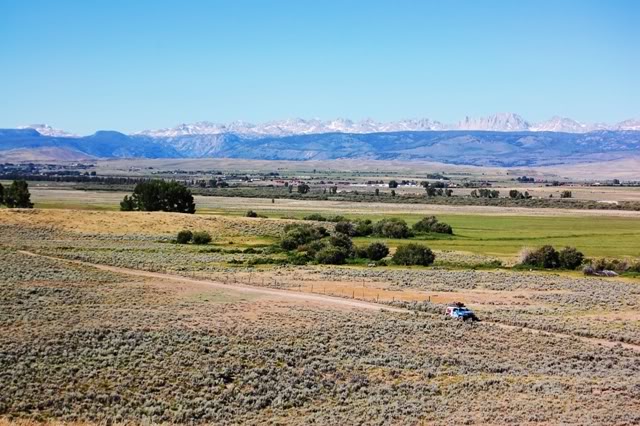 The area had basically been taken over by Halliburton for natural gas… I was sort of concerned, driving by many of the facilities, that Dick Cheney would pop out and accidentally shoot one of us in the face. 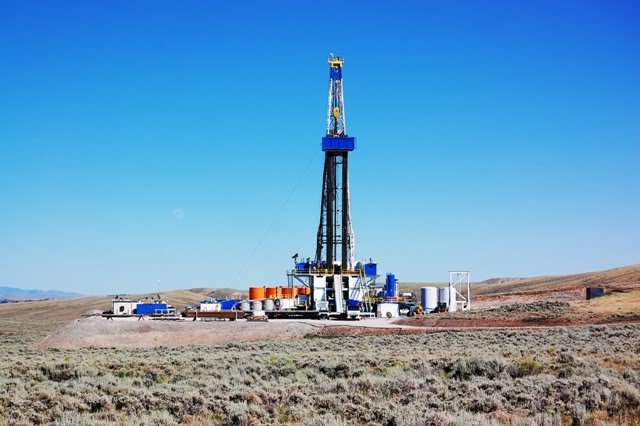 Beside my ‘stuck by the lake’ excursion, I was happy that we stumbled upon our first area of what I will call “messed up road actually requiring 4WD.” There was a short, rutted hill climb which let me get my first glimpse of Michael’s uber-trailer in action. The articulation of the magic twisting hitch was impressive! 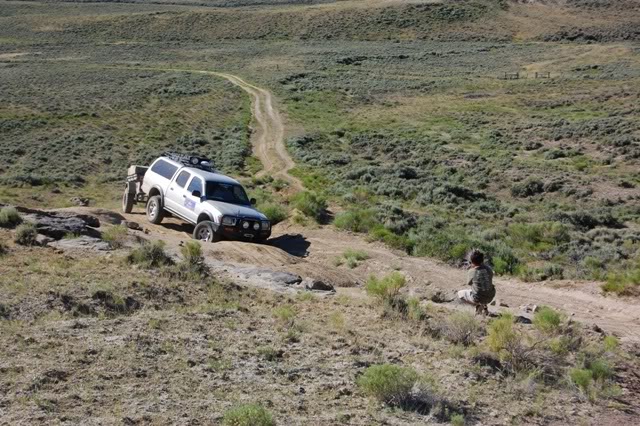 We were slated to stay in Atlantic City, a bustling metropolis of more than 30 people. Wanting to get away from the huge crowds of locals, we went down the road for a quick visit to South Pass City which features a much friendlier, albeit less certain, population. 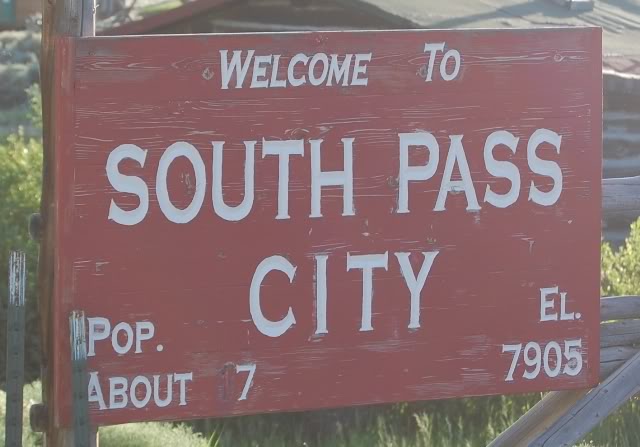 On the way to South Pass City, there were a few strange things… first was the presence of fire trucks beside the road, and second was a bunch of weird boxes on the hillside. Asking some of the firemen about it, we were informed that it was “Gold Rush Days,” an annual celebration in town. We came back for the fireworks expecting them to be comically poor (recall population of about seven), but rather we were treated to what was without question the greatest display of fireworks I have ever seen. It went on for 40 minutes, featured ridiculously large fireworks and those cool colorless artillery-like blasts, and occurred directly above our heads (they were being lit probably about 150 yards from where I parked on the hill). 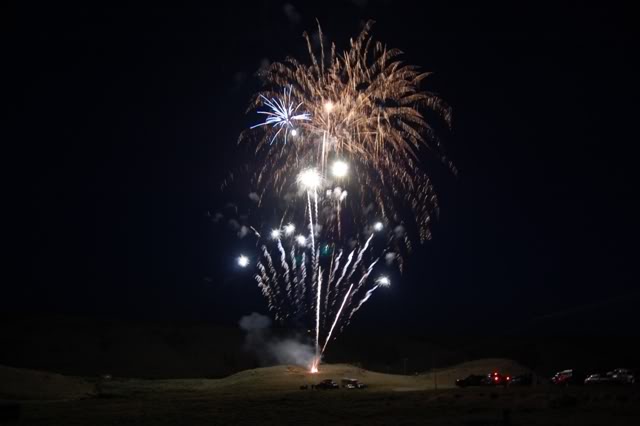 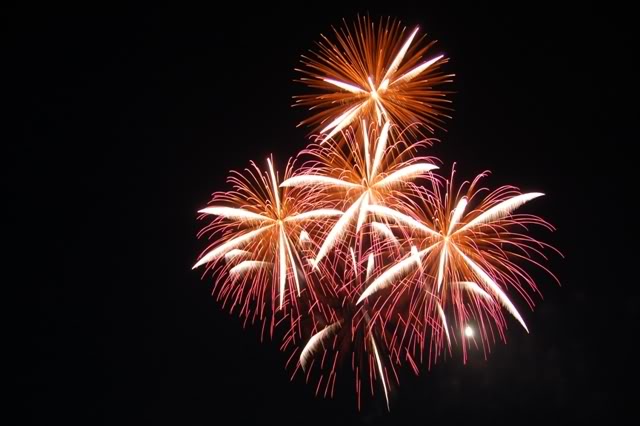 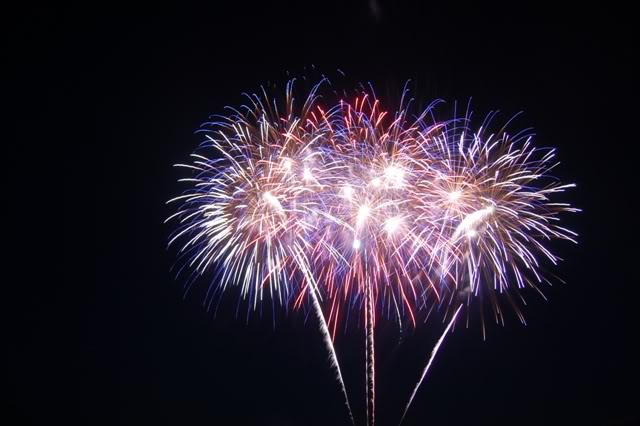 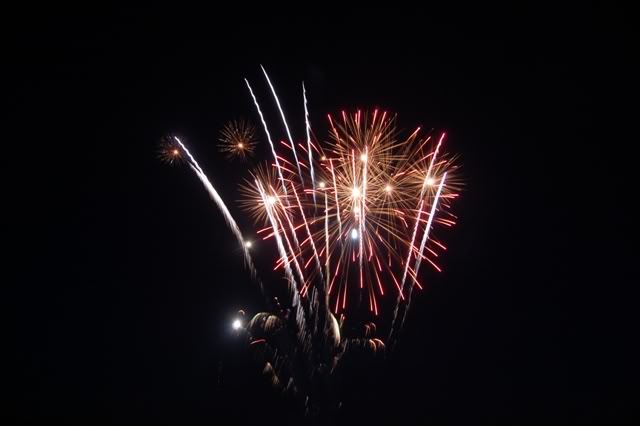