We spent much of the morning in Rawlins running errands for the trucks. I needed an oil change (badly!!), Michael continued his quest in search of a shock for the trailer, and Lance had to find some bolts that had rattled loose out of his skid plates. I found a ‘fast’ oil change place, but like the bulk of our other experiences in Rawlins… I would be there all morning waiting.

As soon as I became excited to get out of Rawlins and back to our own pace on the road and trail, everything came crashing down in the form of insane construction. It was one of those ‘one-way with a flag dude’ things, but was miles and miles long. We were stuck. On the map it appeared that we could bypass the whole mess by going near ‘Adams Reservoir’ so we gave it a shot.

The trail to Adams was primitive and overgrown… perfect. 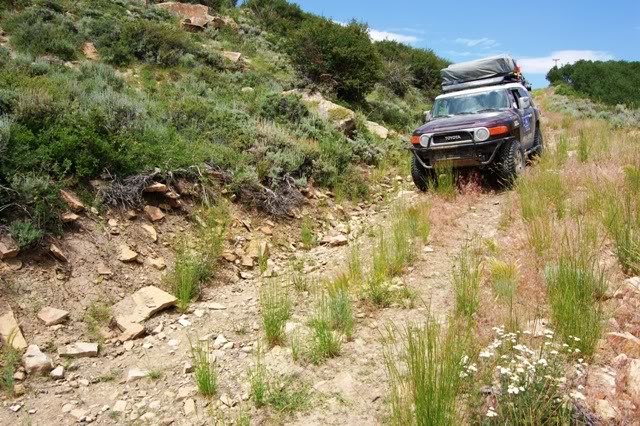 Everything was going very well until we reached a water crossing. There was a bridge marked on the map, and sure enough there was a bridge in real life… but something made me think we weren’t going to be able to drive over it… 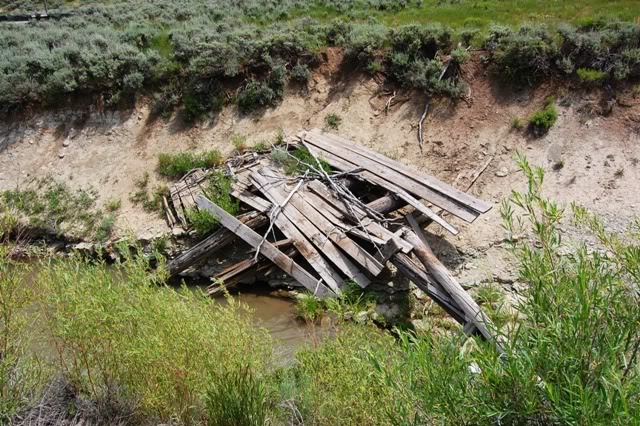 Just before the bridge, we spotted a bypass that had been cut into the brush likely by the local ranchers. It meant driving through the water, but it was not very deep and only slowly flowing. 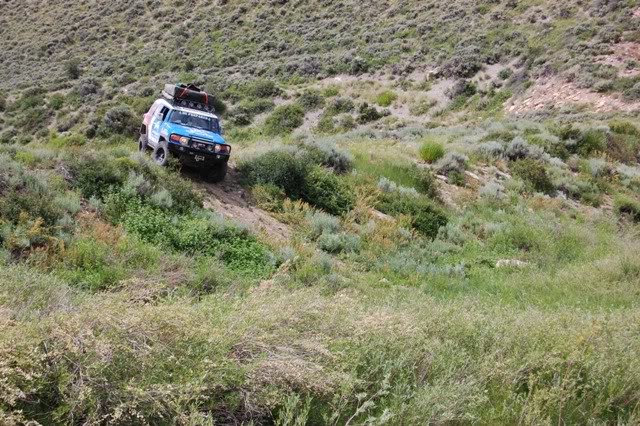 We continued down the trail. Shortly we began to climb in elevation and ended up in an extremely tall alpine setting… driving through this portion in particular was surreal. We later referred to it as ‘Alpine Alley.’ 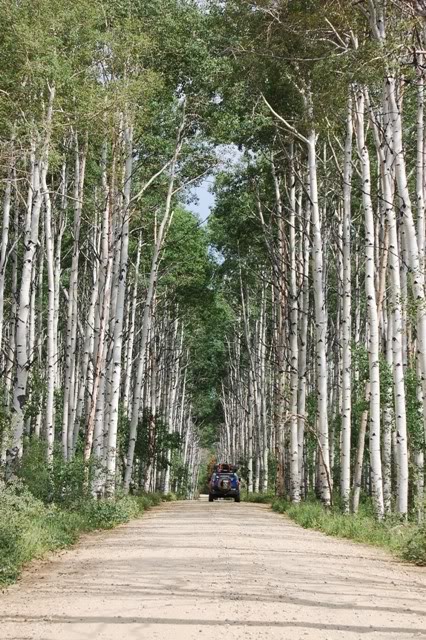 There had been flowers alongside the trail for most of the day and they grew thicker. At a few spots we were surrounded by huge fields of colorful flowers. This gave me an opportunity to bust out my 55-200 lens and play with some fun aperture stuff… 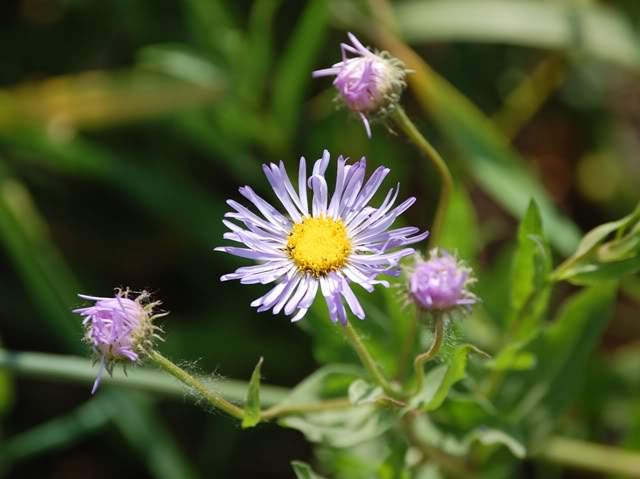 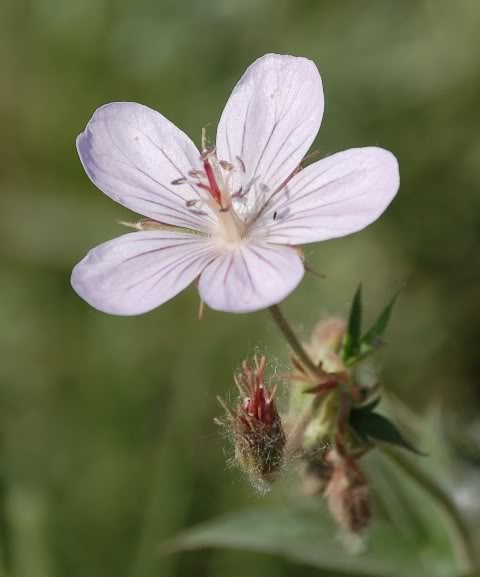 We came upon a spot in the road that had been badly carved out into some deep ruts and a truck-length hole of unknown depth. I believe that TREAD LIGHTLY demands we try to get through this temporary obstacle rather than cut a second path around it (one day the road will be fixed but the damage from a bypass will take years to heal), but the others were a bit concerned about the possibility of being stuck or worse. But ‘stuck or worse’ is good fun, so I had to give it a go! I believe I could have made it through with a ton more throttle… I was timid about it’s depth and basically tried to ‘crawl’ it, a technique that never works in thick mud. My mistake! 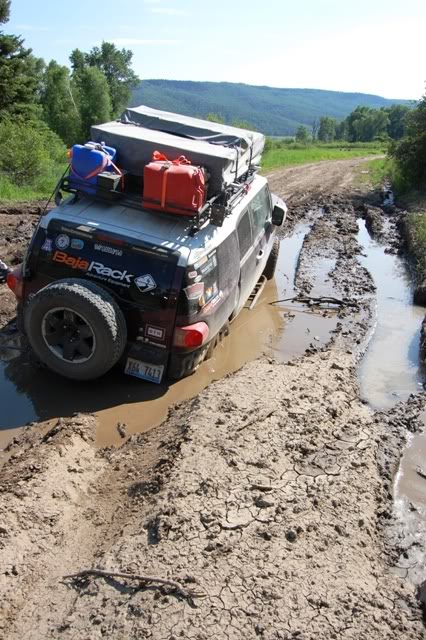 The scenery throughout the day was beautiful, rolling hills and endless fields. 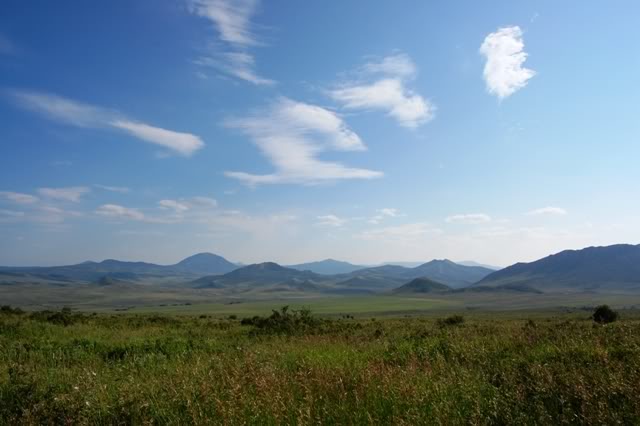 There was a small route-finding fiasco. On what was marked as a county road on our maps, a rancher had locked a gate preventing our passage. What followed was another victory for the awesome usefulness of HAM radio. There were a few different ways it appeared we could bypass the ranch, but it was unclear on the map which would work for us. So we split up, maintaining the group by communicating on 2m simplex. My passage ended up working and I directed the others on how to follow it over the radio. The route was fun and apparently not frequently used. 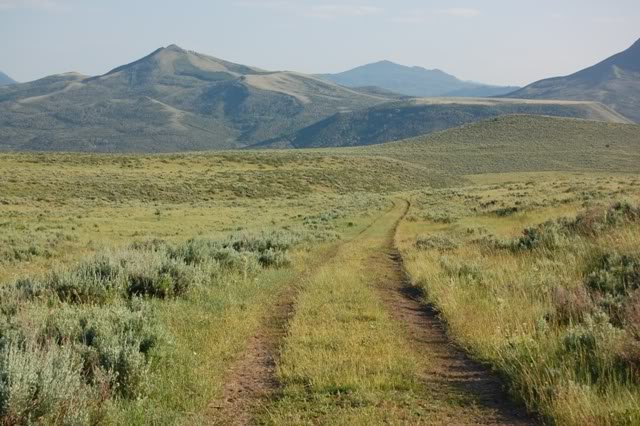 Back on the main road, we drove by ‘Three Forks Ranch’ which was… yea, wow. Check out their website for pics or the inside of this building, it’s incredible. 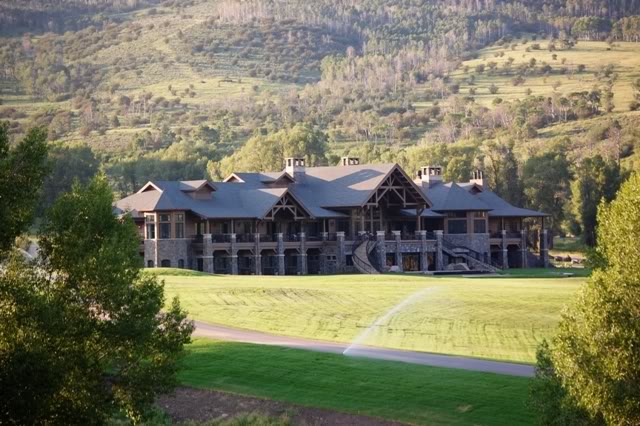 We setup camp at a nice campground under the nearly full moon. With the moonlight and the tall trees everywhere, I thought it would be a nice night for some goofing around with the camera…