At last, the long awaited FJ Summit! After unloading a ton of crap into my ground tent at the KOA and turning it into a kind of ‘stuff cache,’ I head over to their Kafe for breakfast. Meals at the Kafe were cooked up by a delightful old couple who were incredibly friendly and exceedingly good cooks! Each day they had cinnamon rolls fresh out of the oven… yum!

I was scheduled to do Alpine Loop and met up with my group in town. It was fun to hear the designated simplex frequency abuzz with chatter about the summit by all the HAMs in attendance.

Not much to say for the trail, hopefully the pictures speak for themselves. It was raining at the top of Engineer and at one point we were driving directly through (and then above) the clouds! 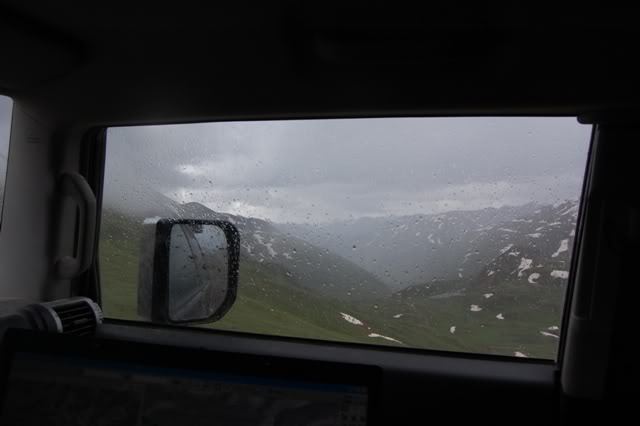 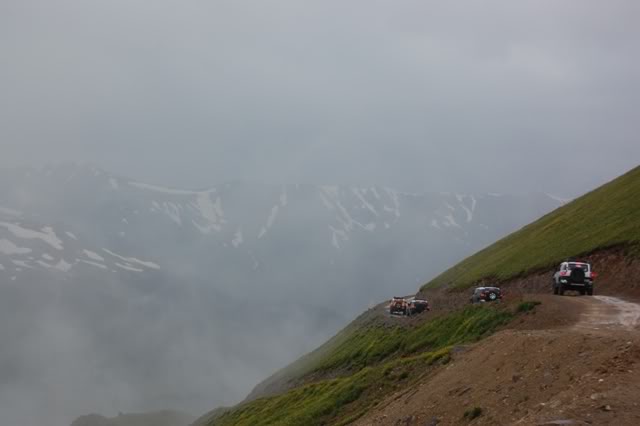 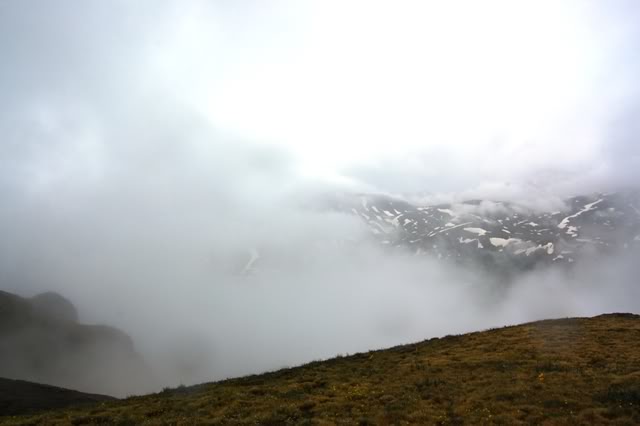 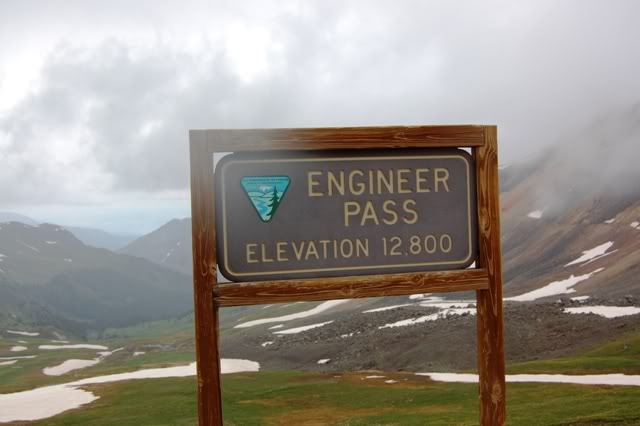 Out in the middle of the mountains is a cabin that is apparently for rent. The only way to reach it is by this bridge of doom…. flipping awesome! 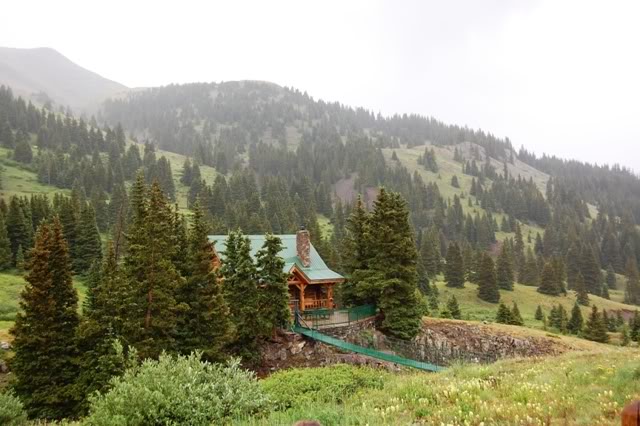 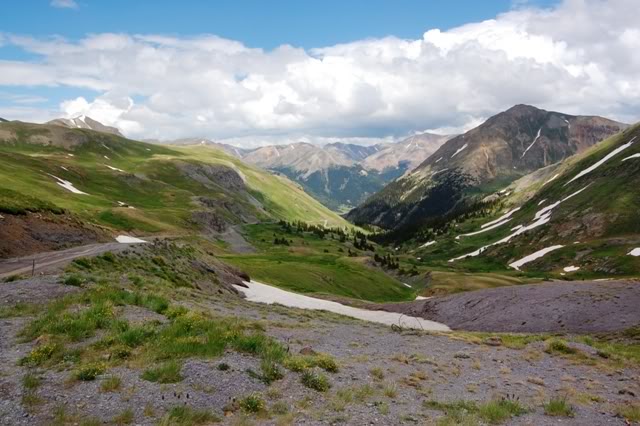 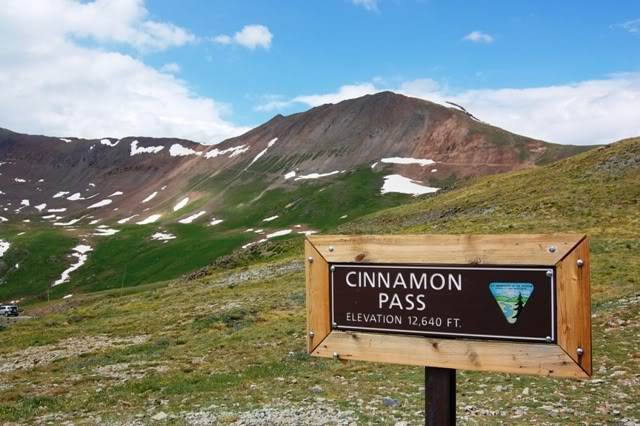 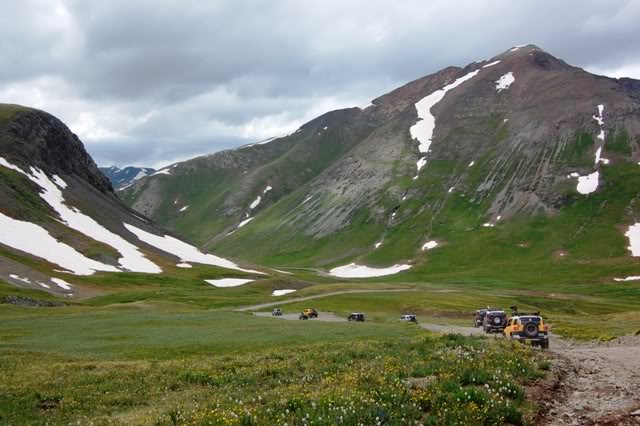 There was an intersection of trails and roads our group stopped at, where the leader informed us that was it and we were free to scramble to get back to Ouray however we wanted and suggested an out of the way and boring pavement route. A bit surprised and not really interested in this, I found the R2′s over the HAM and learned they were taking a much more exciting way back to town via another trail. Woohoo! I put it in 4HI and baja’d back to where they would soon be passing to join their group.

Success! I joined up as the new tail gunner hoping to get some nice pictures of the group. 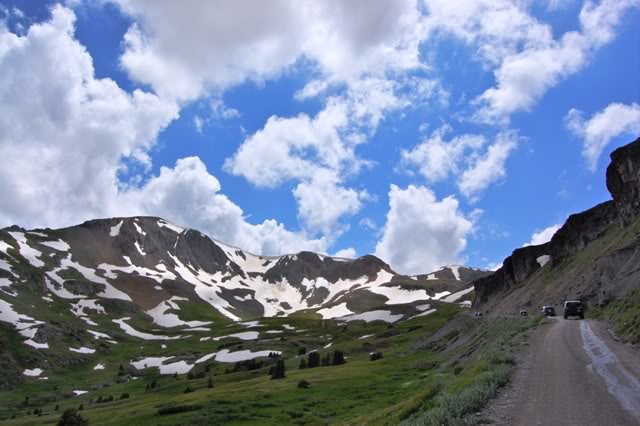 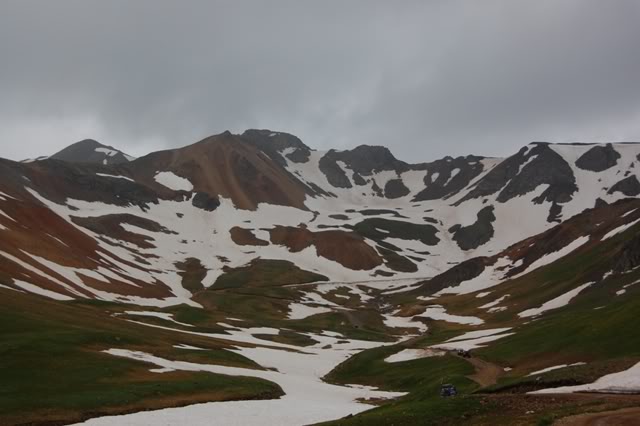 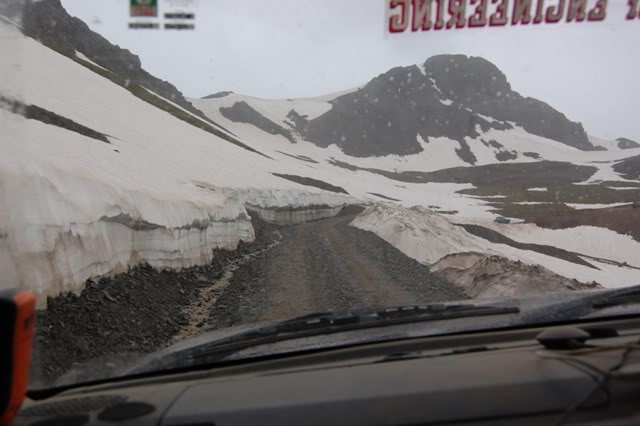 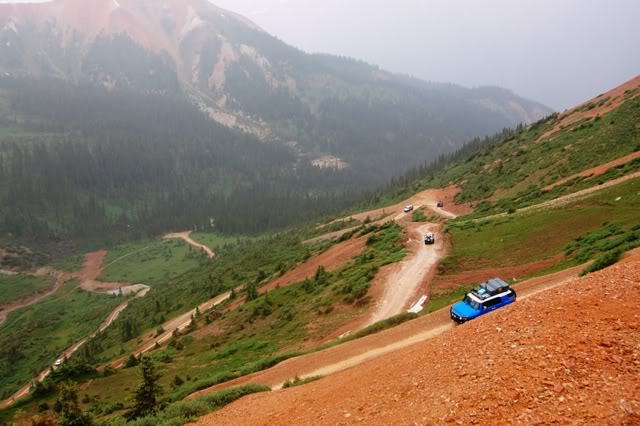 Spot the super-small FJ’s in this next one… Those rock walls were BIG. 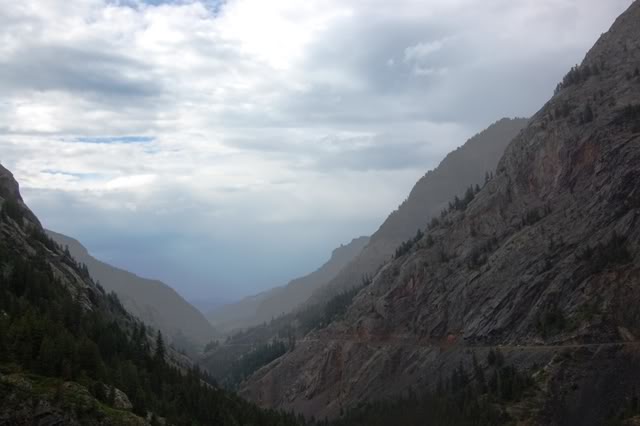 The day ended up being great, with essentially two trail runs for the price of one! I’d signed up for Alpine/Engineer and ended up doing that with California/Corkscrew as the return route. Bonus!