Late last night, after going back and forth on what to do, I officially wimped out on doing Black Bear Pass today. The thought of doing it alone was a little scary, but adding the whole ‘exploding suspension’ thing into the mix made me think it would be a tremendously bad idea. Fortunately I received word that the crew from FJC-Central were going to do the Alpine Loop, so I thought I’d go with them and take it easy.

Only a couple miles into Alpine, the shocks had clearly leaked the last of their fluid and the truck was almost impossible to drive (why I even went out I’ll never know). Hitting a rock about an inch tall would send the front end flying into the air, only to crash down into the ground, and over and over again… I embarrassed all of FJ kind for a huge group of Jeeps when I was coming back down the trail by struggling madly to descend a couple of 1-3 inch rock steps without smashing the front end into the ground. It was humiliating, for sure.

I told the guys at All Pro about my predicament – that I still had a week of the expedition to go, we were scheduled to be back on the road/trail the next day, and I had an undrivable truck. They helped my out big time with a seriously hardcore discount on a FOX 2.5 front and FOX 2.0 rear system that they had with them… now I would just need to install it somehow!

I pulled the FJ up into the parking lot of the Best Western and, just as the raffle was beginning, started to tear down the front end. The raffle went something like this, “And the winning ticket is BRABRABRABRABRABRA CLUNK” Luckily I had the invaluable help of Mr. R2 and we were able to get everything done.

Luckily too, Lance and I had every possible tool between us including air compressor, CO2 tank, impact wrenches, etc. Oh, and knowing how to install suspension was a bonus, too. ;) 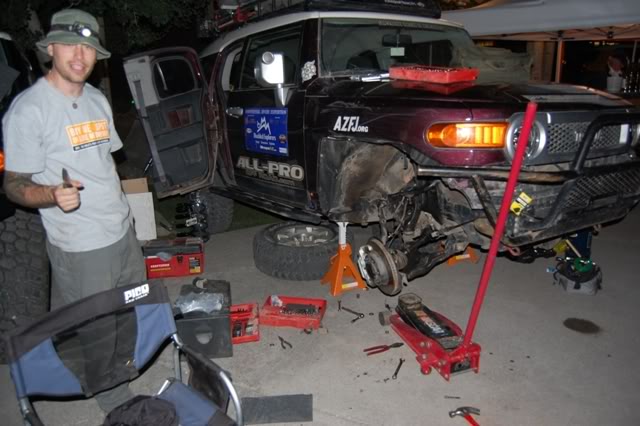 In goes the FOX!! 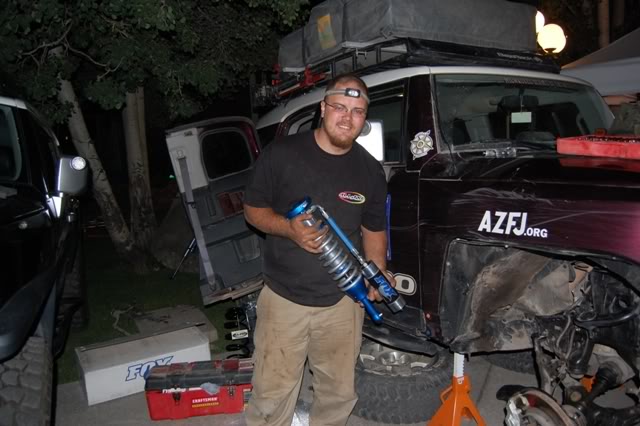 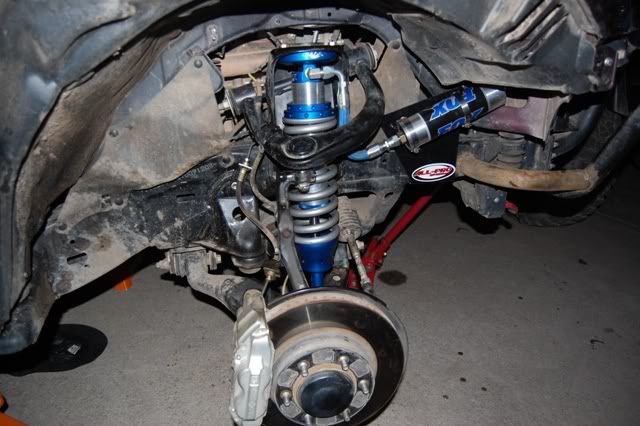 We had a little problem in the form of a smashed castle nut, but thanks to Don (puulboy) and his roving midnight machine shop, it was nothing. 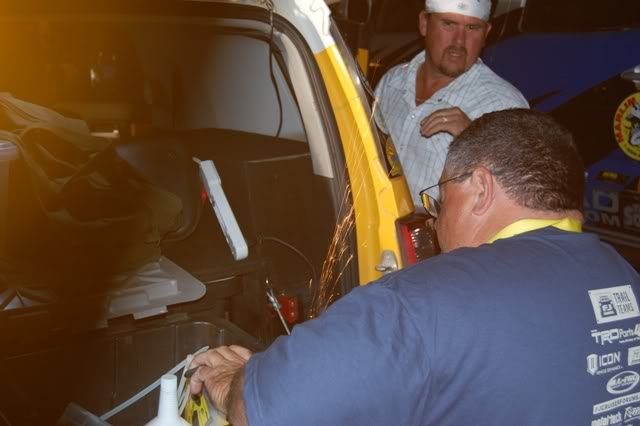 I did a little writeup of the story on FJCruiserforums.com as a way to thank the guys at All Pro for their tremendous support! Check it out here.