Just to change things up a big, I decided to pitch my ground tent for the night. Nathan and I found a small clearing and set things up. In the morning we awoke to find that I’d nearly slept on a cactus, and Nathan had in fact slept directly on top of a huge ant hill!! He was fine inside, but the whole thing was pretty funny.

Lance split off the group to explore one last possibility of an alternate route while I drove back to the muddy water crossing to see how it looked. In a bold and courageous sacrifice of his own body, Nathan ventured into the unknown depths to check the surface quality and depth. 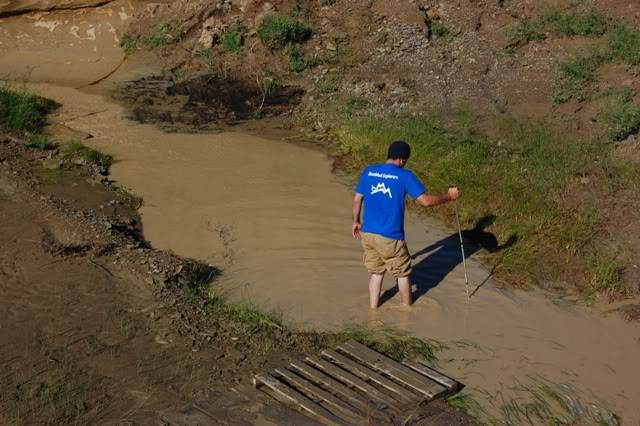 The water was not very deep and the ground beneath the water generally hard packed. It was the mud that worried us. Getting down to the water would probably not be a problem because we could just hit it really fast, but getting out… likely not possible.

Lance was the first to give it a go… it went as we’d feared. He wildly slid down the slope, got across the water, and immediately sunk to the frame in mud and was severely stuck. Look at the depth he sunk even on the way down towards the water. 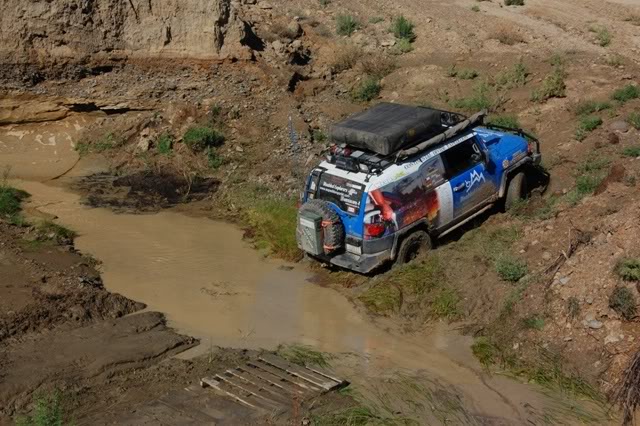 This episode lead to an unfortunate situation and a great learning experience. Michael had a pull-pal (basically a huge land anchor) that Lance was going to use to winch himself up with. I was happy to see another legitimate use of the winch! What wasn’t so good was the fact that Lance’s recovery gear and winch controller were in the back of the truck. Since he was already crazy muddy, Nathan was of course volunteered to go back and get everything. 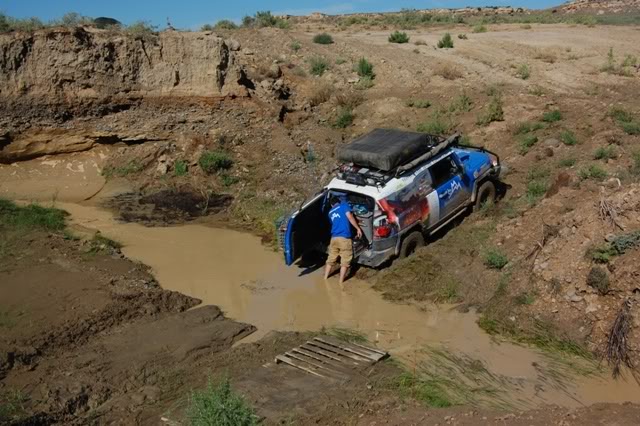 My attempt to cross was nearly identical. I throttled down through the mud, crashed through the water, and then made it about a foot before sinking to the frame and becoming completely stuck. Later I found that I was in 4HI which saddened me greatly… I almost wanted to try it again the right way!

So much for mud tires… 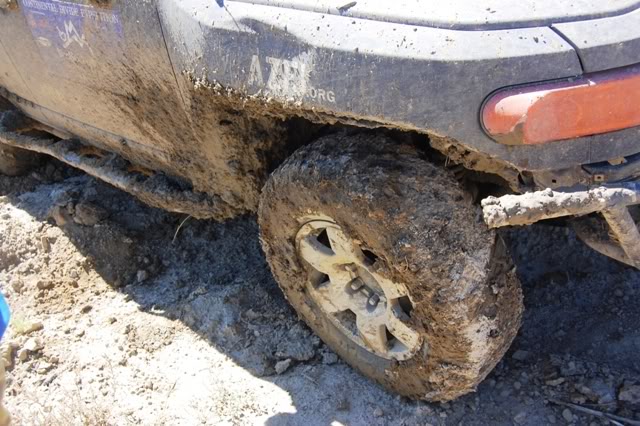 Back on the road, there were tons of signs for a big arch so we went to check it out. It was in fact quite huge! It appeared we could hike up to it, but we were all sort of tired/lazy. 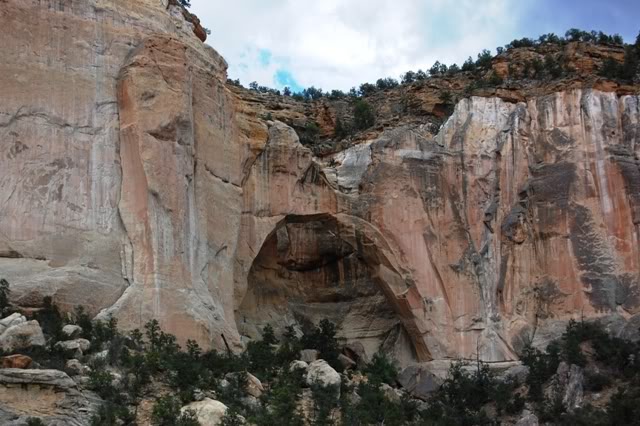 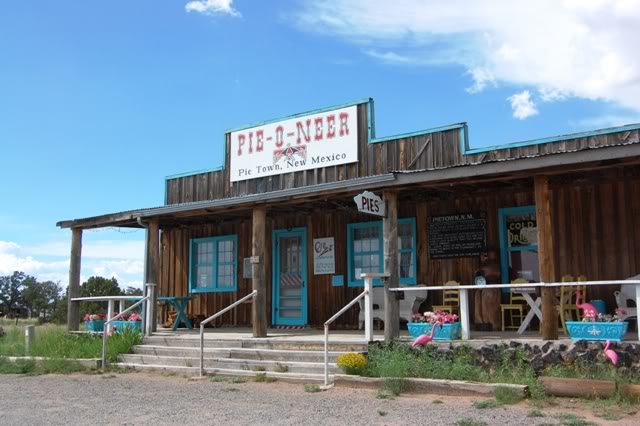 …but they were closed. Luckily there was another silly pie-themed cafe down the street that was open. The pie was insanely good and the folks working there were extremely nice and friendly. Lance told them about the trip and donated some Overland Journal copies for their magazine rack. 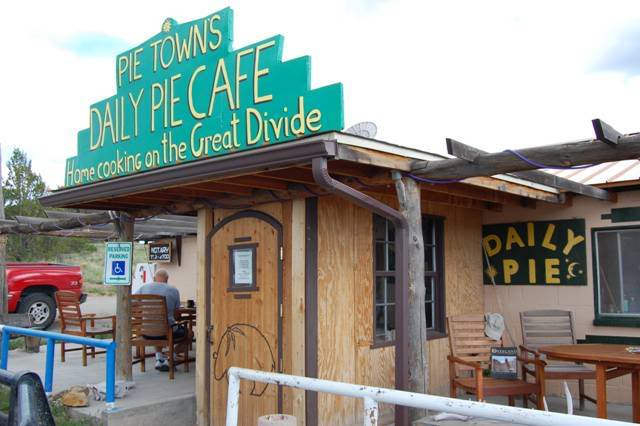 We ran into some huge fields of flowers outside of town so I bust out my 55-200 and played with some aperture and color balance stuff on my camera. Puurty… 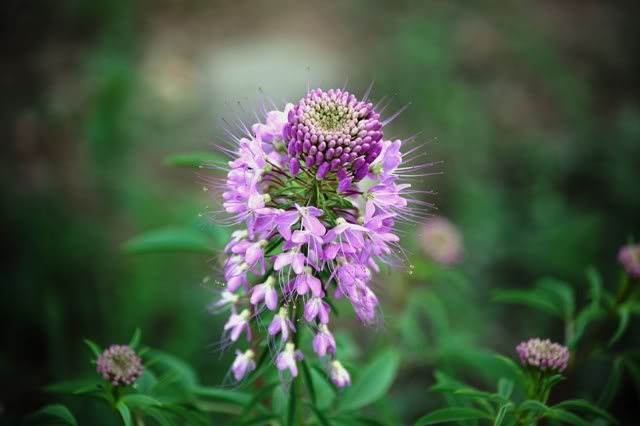 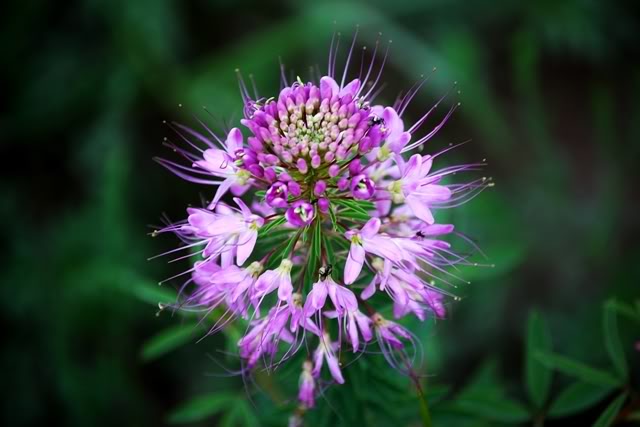 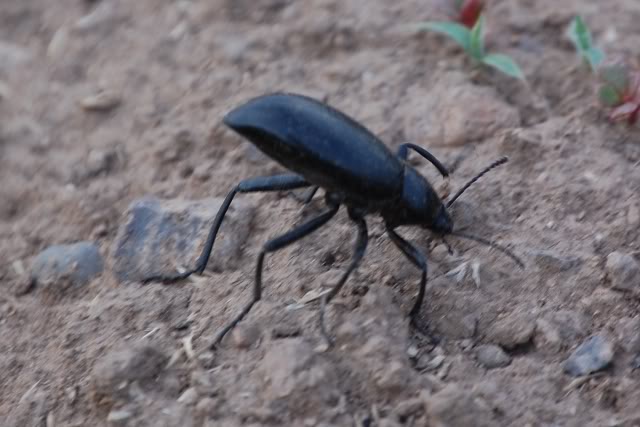