Just when I thought the adventure was over, we discovered something very interesting on the way out of the campground in the morning… the only way out was completely blocked by a HUGE tree which had fallen apparently some time during the night. Fun! 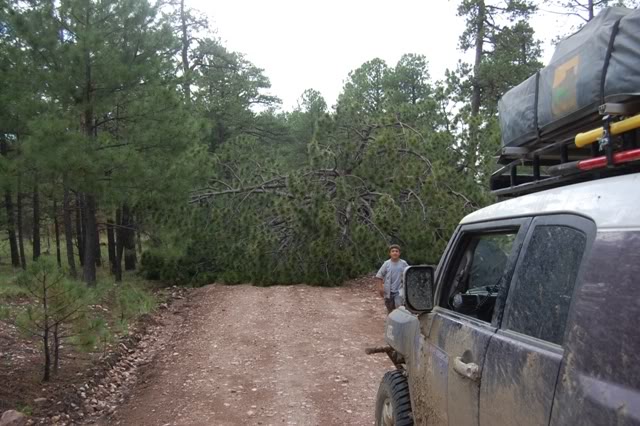 I’ve moved large trees with my truck and a snatch strap before, but this was different… this was a BIG tree. I can’t estimate how much it weighs, but there is no way it was going to be pulled around by a little truck. 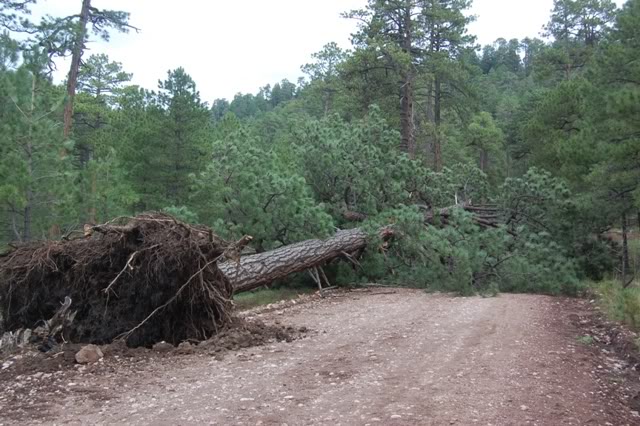 We’d have to hatch some kind of plan. I’m glad we were the first to discover this since no one had yet had a chance to drive off the road to get around it. If we could clear it somehow, we could ensure that none of the surrounding forest was destroyed because of this temporary obstacle! Viva TREAD LIGHTLY!

Lance thought he could pull it… that didn’t work. 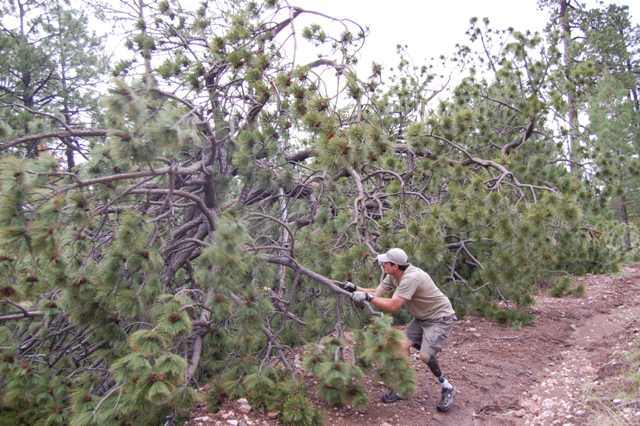 It seemed like if we cut through 20 or so branches, there would be a path big enough for a car to get through (there were a few cars at the campsite). Out came the tools! Lance went at it with the axe… 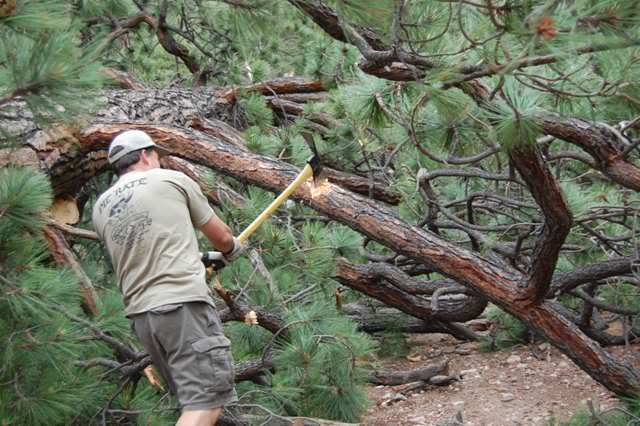 …while I attacked with the saw. 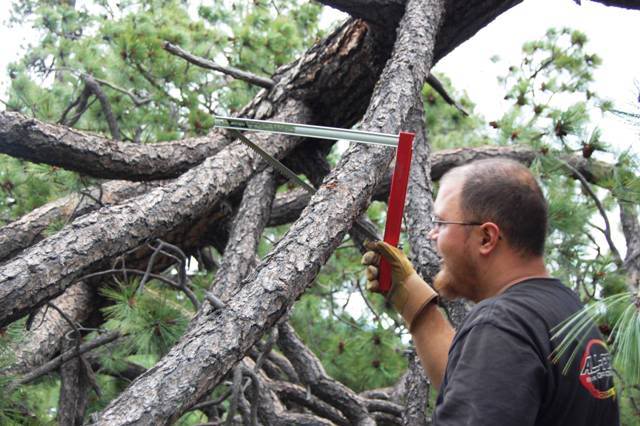 After a while this became pretty tiring and perhaps too much for our wimpiness… I suggested a new strategy that I’d used in the past to break up big trees. Basically it involves looping a strap around a branch, driving away at great speeds, and violently snapping the branches with the momentum of the truck! Plus, it’s a lot of fun…

Hooked up and ready to go… 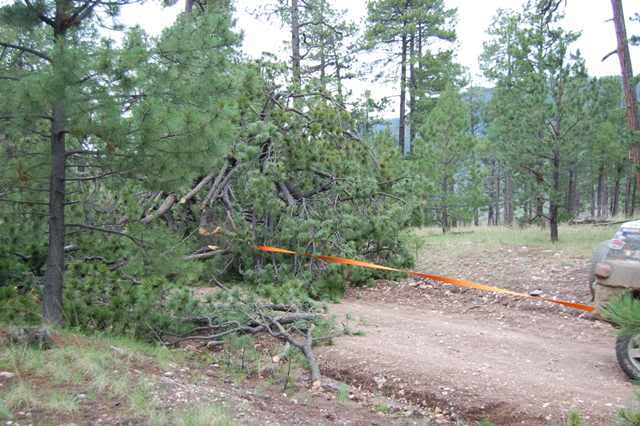 This should only be done with a stretchy ‘kinetic’ strap… Even with that the violence of the tug is extreme and the truck gets thrown around pretty wildly. I don’t recommend this technique for everyone. There is a high probability of some sort of vehicle damage with tree branches flying everywhere. People should be clear of the area for safety.

After doing this quite a few times, the way was clear. Success! 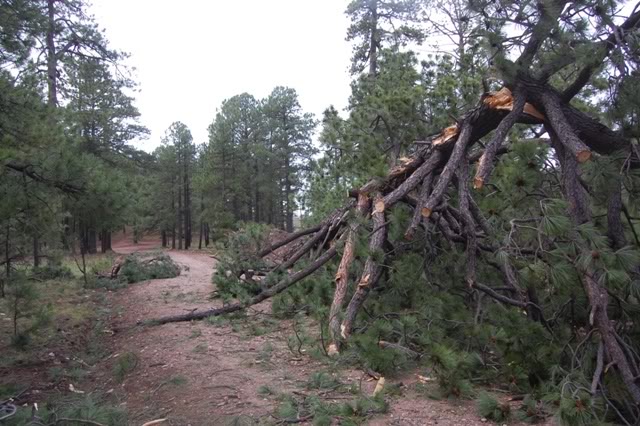 We head out to Wilcox where we may or may not have been meeting people for camping. Nobody was there so we just had some breakfast at the truckstop. In the parking lot was this… I have no idea what it is! 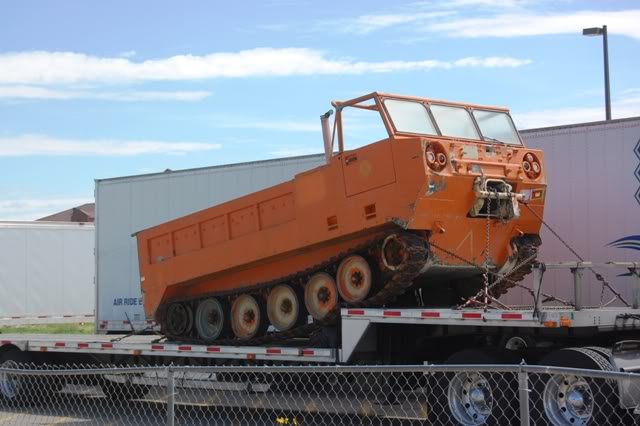 We spent the day in town in Wilcox and went to see a movie. While we were inside, it rained like crazy and washed the trucks of pretty well. It also deposited a huge amount of dirt on the street in Wilcox. Oops! 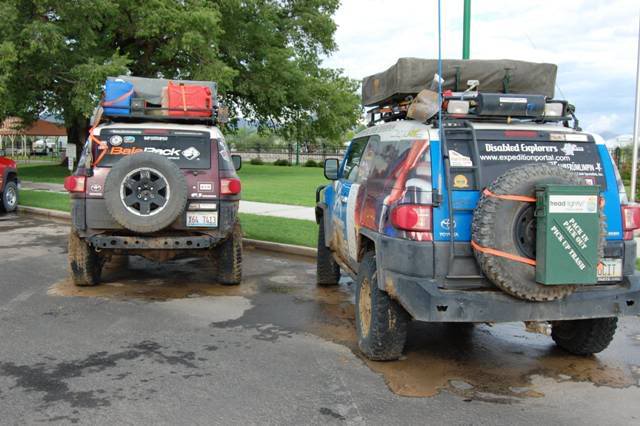 In order to get some internet access, we checked into another ridiculous RV park for the evening. This one was run by ‘creepy murderer guy’ as I called him… While surfing the net, Nathan spotted the manbearpig. How exciting! 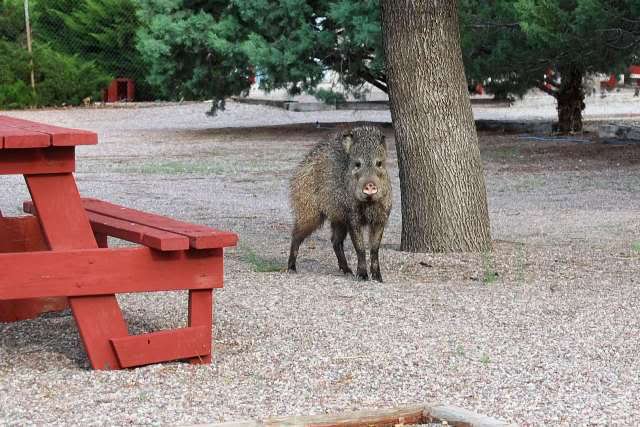