A bunch of AZFJ’rs met at Table Mesa for the usual Friday night Gillette ruins campfire gig. On this night, the turnout was quite large! 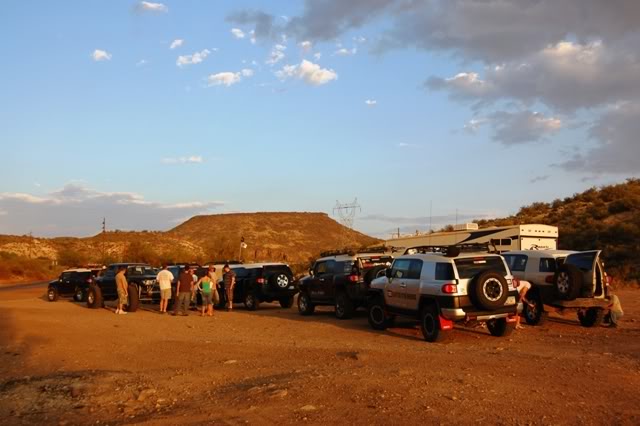 Seeing our group, this guy stopped and chatted… what an amazing rig! drool

We broke up into two smaller groups to keep things manageable. I led a group over to the cool Indian fortress ruins where we stopped and chatted for a bit. 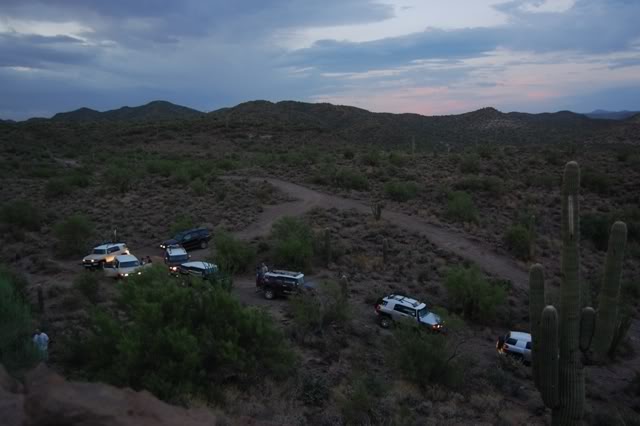 Back at the campfire, a good time was had by all as usual. Food, drinks, and good company were plentiful. As the group broke up, a few of us decided to check out Raw Deal as a last minute night run. 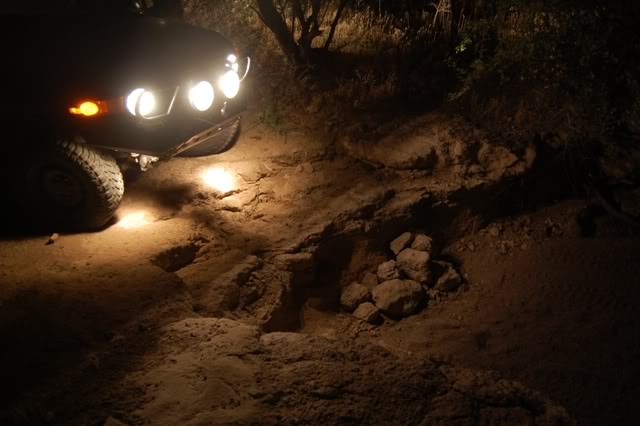 The whole affair was a little disappointing. First, the rock stacking in that picture above is ridiculous (somebody try to get a minivan through there?). Second, the trail didn’t offer much in the way of obstacles, just a bunch of ledges. But, I largely attribute this to my unfamiliarity with the wash and the fact that it was pitch black outside. I’m sure there are things to play on someplace in there! A return trip during the day is in order…

As we were airing up and about to leave, a few people in a pickup came up to us. They wanted help recovering their Jeep which they said was in bad trouble. Never wanting to pass up a challenge (and something in there about Karma, too) homedad and I followed them to where the Jeep supposedly lay in a bad spot.

Usually in this situation, the vehicle is stuck in a very easy spot and the people just don’t have anything to pull it out. A small berm or a little bit of mud is what I expected. Nothing could have prepared me for what we saw this time, though… they had driven their Jeep down what obviously wasn’t a trail and driven down an extremely steep descent and had two wheels dangling off the edge of a 20-foot cliff. How it was even stopped there I don’t really understand… dumb (drunken) luck.

There was no real way to stage a recovery either. The descent had a 90 degree turn in it and there were no large rocks or trees to sling a pulley around. Add to this the fact that the Jeep literally had zero recovery points on it. homedad tried a few different things, but none of them worked and nothing felt safe.

There wasn’t much we could do. We wished them luck and departed. It was 4am.