The TrAiLbUs’s, SonicFJ and family, microbe, and I met for a day of fun in the Santa Rita Mountains south of Tucson. The day promised to be awesome with a few ‘firsts’ for me including bringing fresh sushi along for munching in the mountains, and having my girlfriend along for her first group 4×4 outing!

We head out and stopped to air down on the dirt road leading to the mountains. 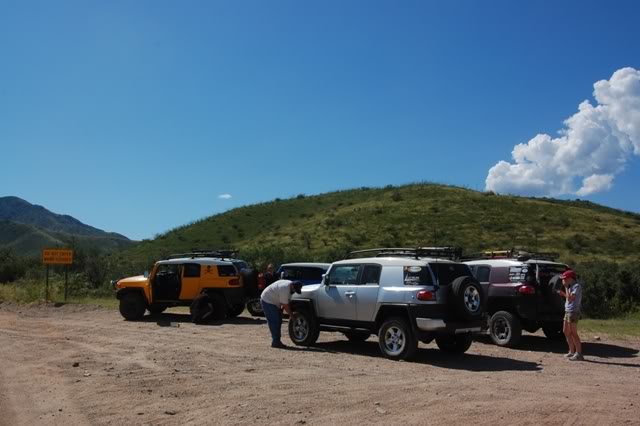 A few minutes in we heard cries to come look at a pile of cow poop… Beetles! This guy was carrying around a huge ball of poop. 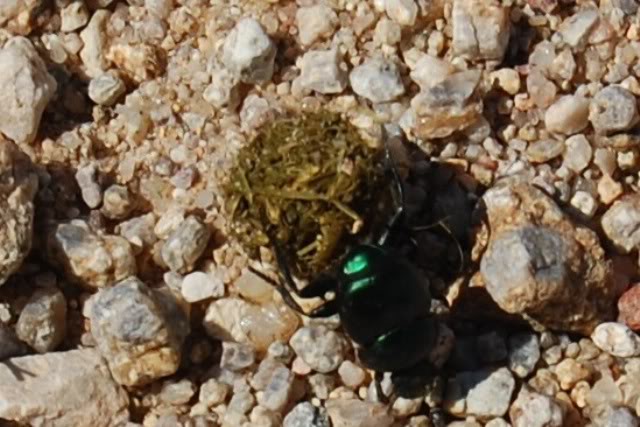 The first stop was at Gunsight Pass, the most popular point in the area. The pass is named so for a rock formation which looks like a gun sight, but which can also be confused for certain parts of the female anatomy. Alternate titles for the pass will be left out here…. Whatever it’s called, the scenery is excellent. 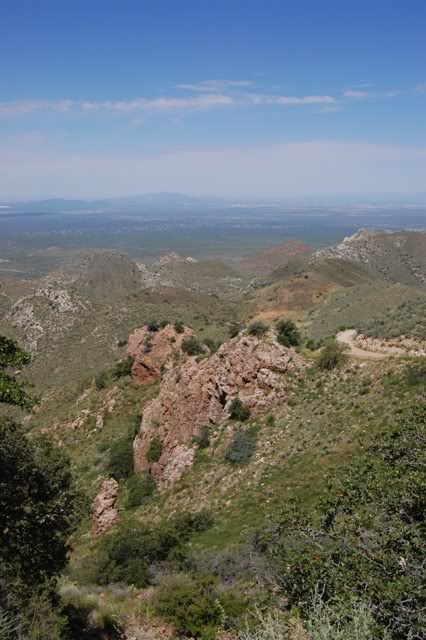 View from the parking spot… 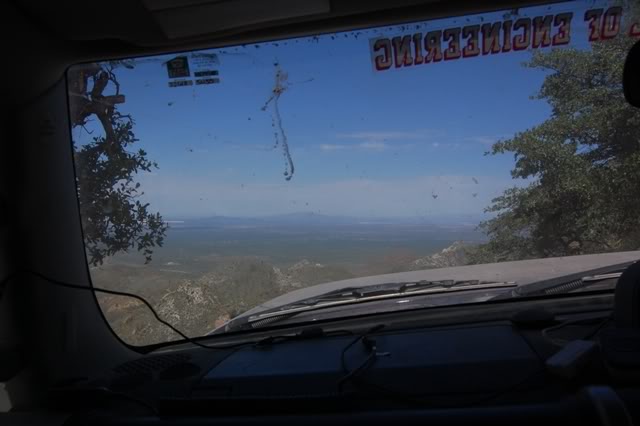 Those are looking West towards Green Valley and the like. Back East is more of the Santa Ritas. 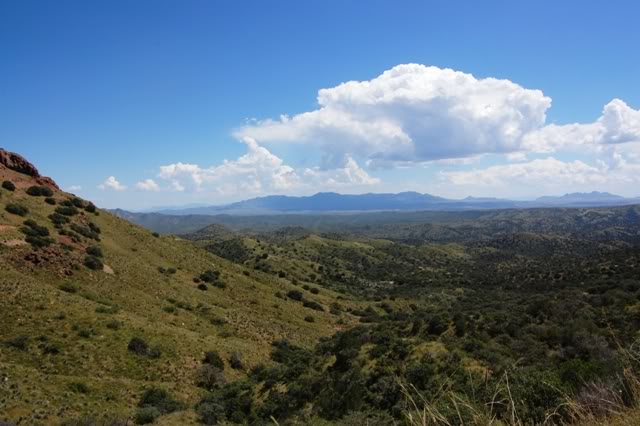 After a brief sushi snack, we pressed on into Sycamore Canyon. There is a very cool spot I know in that area, reached by ridiculous shelf roads and featuring a great spot to have lunch.

Getting there was great fun. The trail is hard to find and generally not used very much. This time of year with all the rain, it was extremely overgrown. It was genuine African-safari style out there. 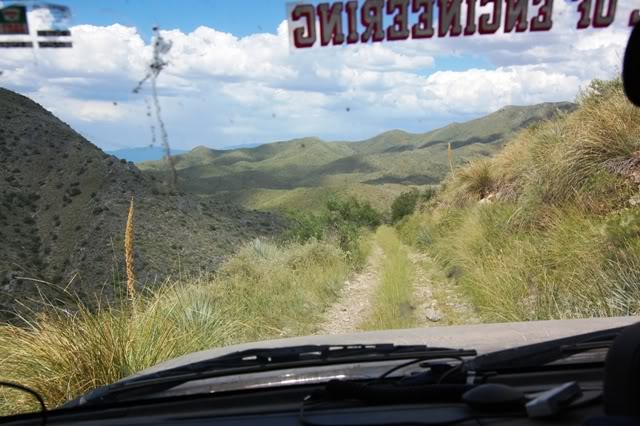 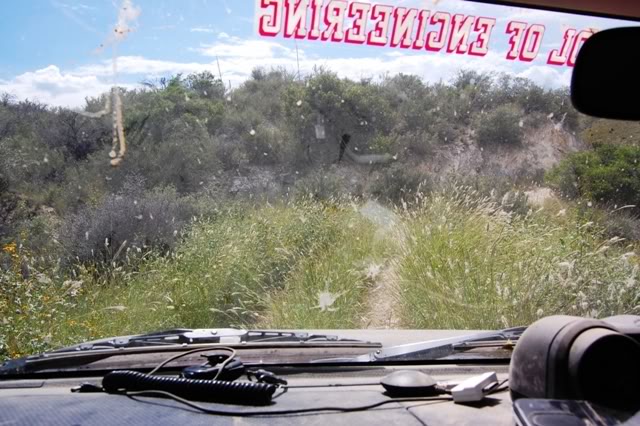 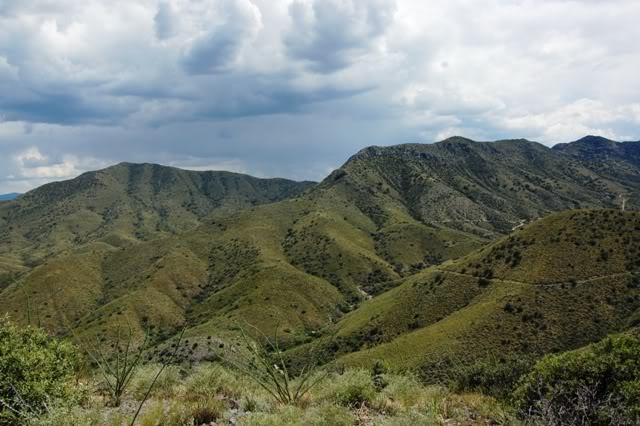 There is a small clearing on a summit where we parked. A few yards north are some rocks on a cliff’s edge which make nice sets of natural tables and chairs. It was time to bust out the sushi! 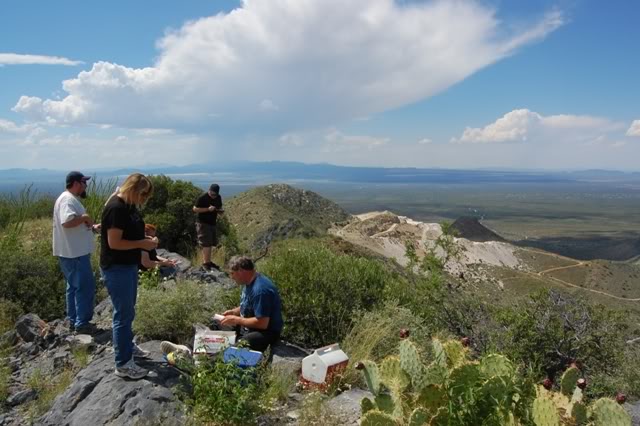 Jake is the sushi king… 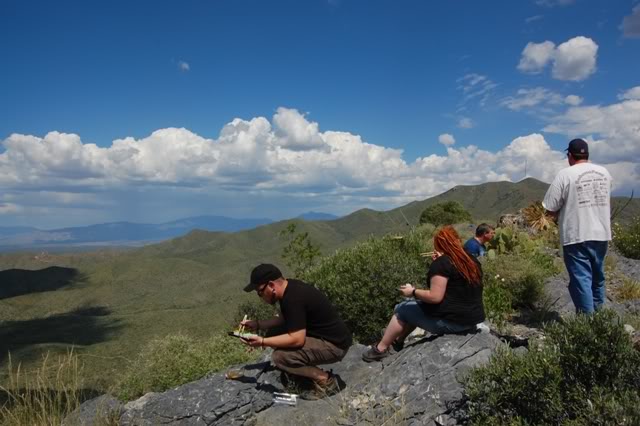 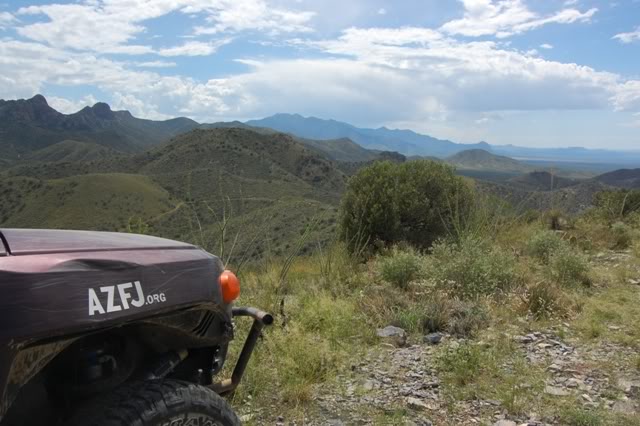 Susan and I after sushi on the summit. I like taking pictures with her because she looks good and next to her I look like an ape. 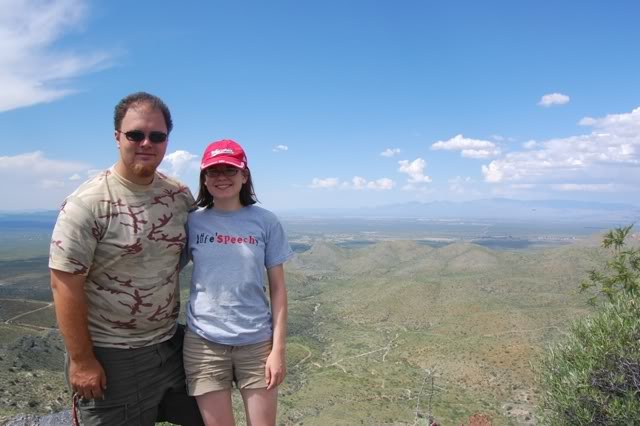 We continued back West toward the ruins at Helvetia. Truly the ruins there are ruined; the area has been raped by visitors and little remains of the old buildings. Still we wanted to visit hoping to see some mines and perhaps the infamous hill climb in the area. 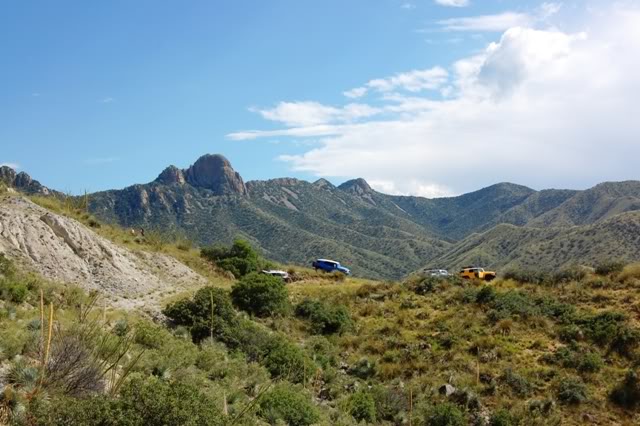 On the way over, I stopped to conquer all of nature. 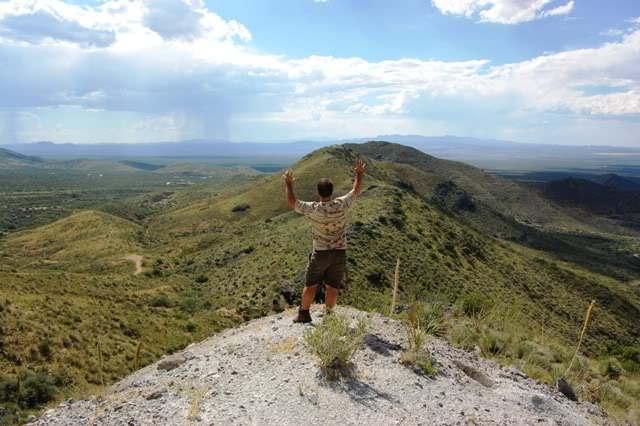 Behind where I was subduing the earth were some cool rocks, colored by the copper in the area. I still have no idea why the copper should make things green, but that’s what I’ve heard. 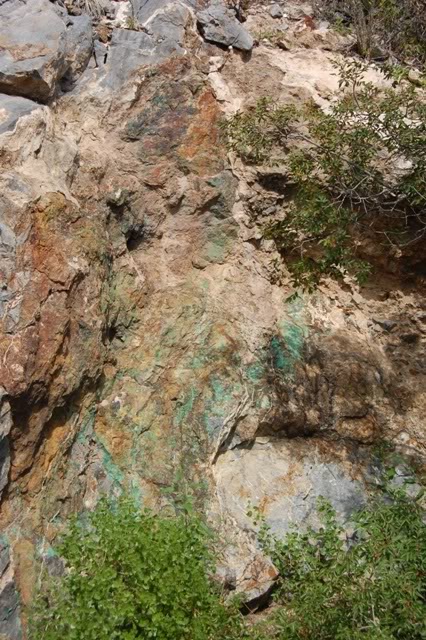 Stopped at the top of the big hill climb near Helvetia… 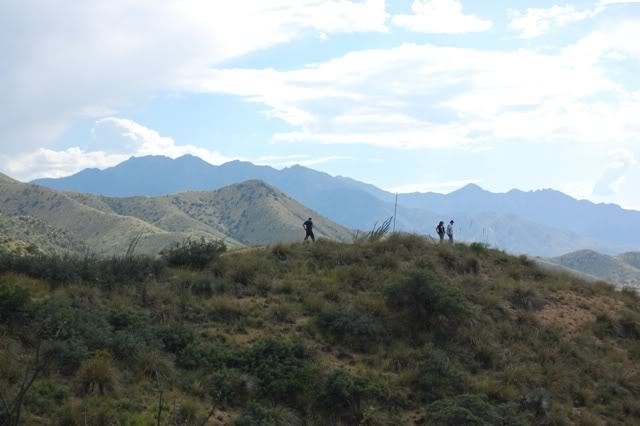 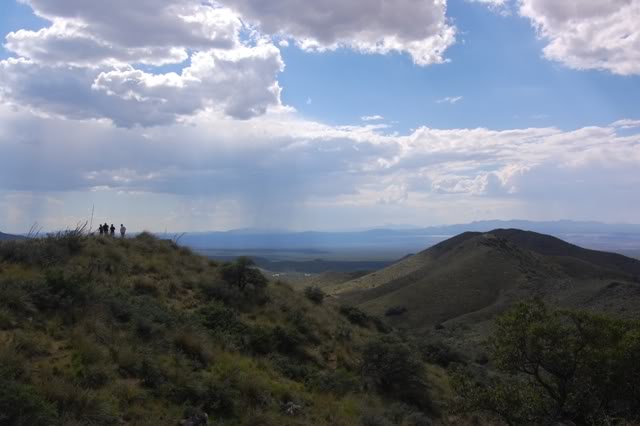 Near the ruins was a small obstacle that we looped around to tackle. Microbe crosses with style, check out the rear flex… 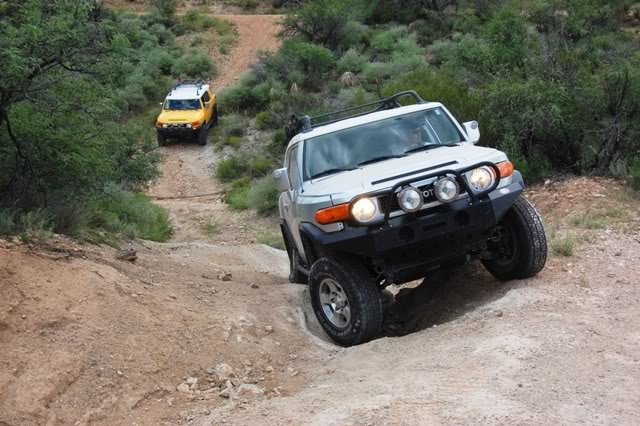 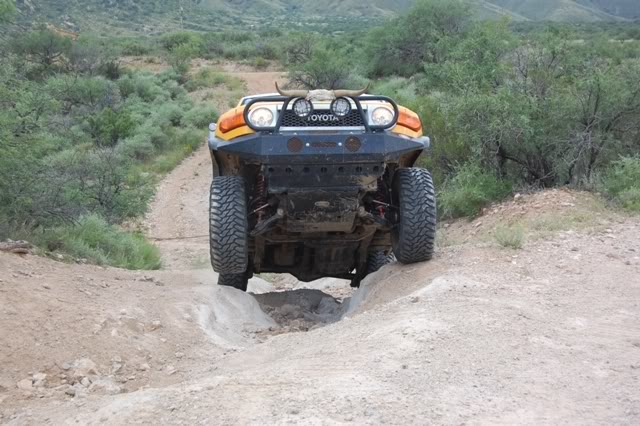