Call this the mega-day! What an outstanding amount of action, planned and unplanned. The day consisted of:

I arrived at the cleanup to find Lance and Heidi ready to go. The national forest people had set up some tents and free lunch awaited us after picking up some trash! 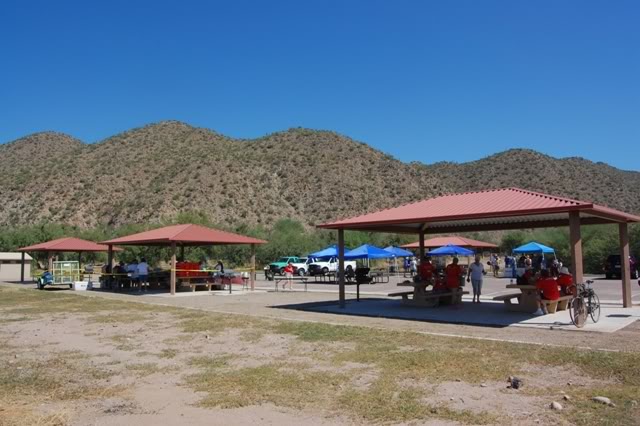 The cleanup itself was an interesting affair. We were stunned by an amazing lack of garbage – quite the opposite of what we were expecting. We walked the banks of the Salt River a ways and picked up very little debris. In some way it was a let down that we weren’t able to really make a difference in the area, but despite this we agreed our not being able to pick up anything was a good thing.

Back at the parking area, we made the rounds at all the organizations tables to spread the word on Disabled Explorers. 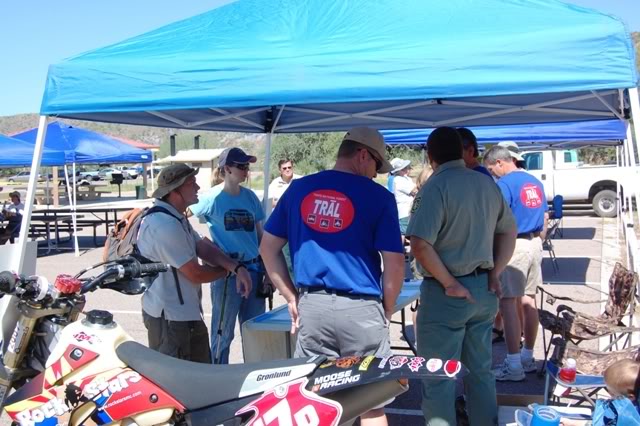 I stated to set up my tripod so the three of us could get a group shot in front of our trucks, but in the distance we spotted something that would make for a muuuuch better group shot. And like any good friend, when I got home I immediately cropped Lance and Heidi out and made it my facebook profile pic. 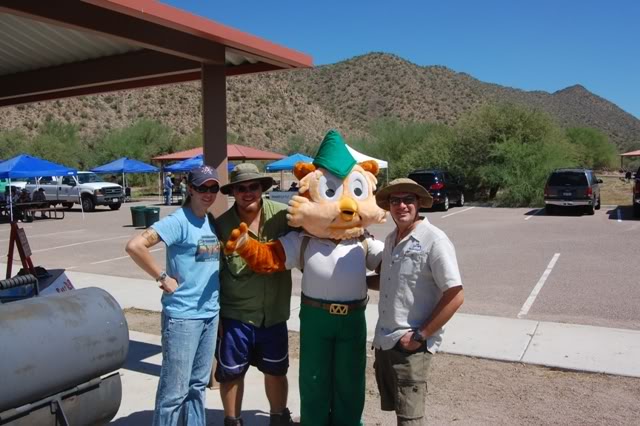 Next stop was the HAM radio convention. It was very clear what sort of meeting we were at just looking around the parking lot… this guy gets all the ladies with this thing… 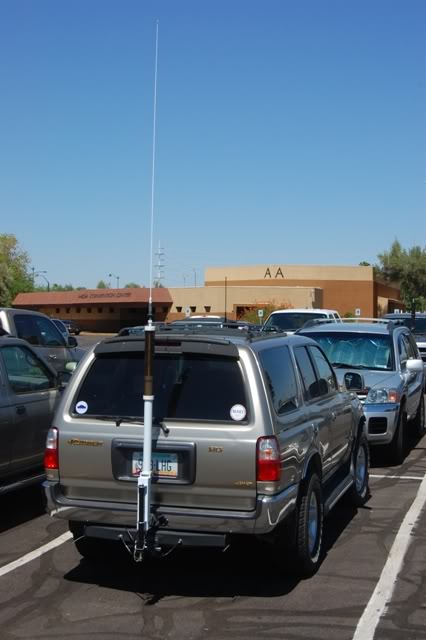 But nobody’s coolness could compare to that of the Arizona Radio Truck of DOOM! 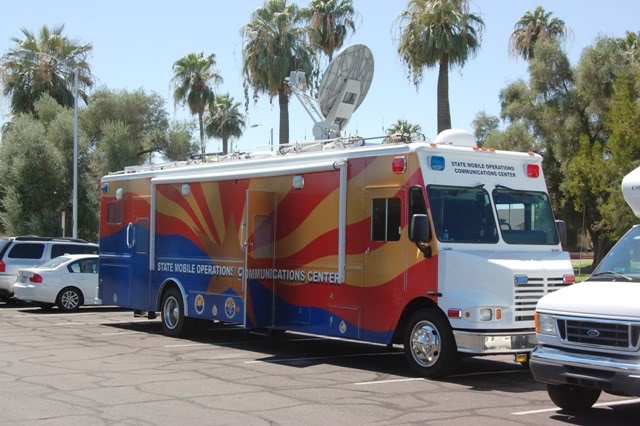 A few people had ridiculous amounts of antennas drilled into the body panels of fairly new and often nice cars. Like this GMC Envoy, for example… 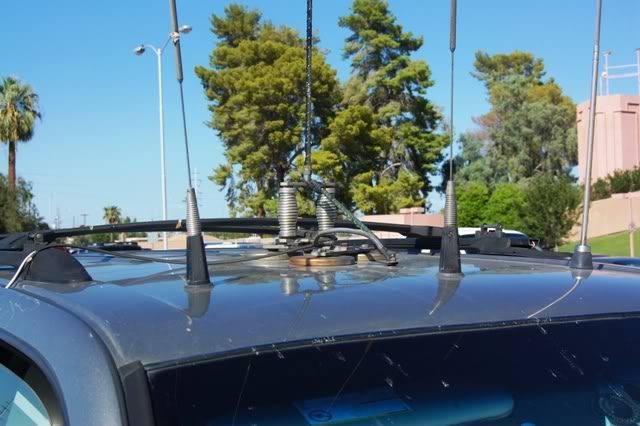 Inside, I had to pose with the most expensive HF radio I could find… Does your radio have its own monitor and a knob the size of a baseball? 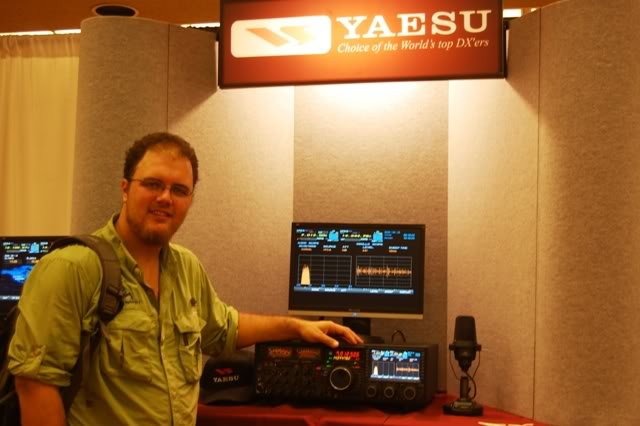 After the convention and a brief stop at Lance’s house for official Disabled Explorer’s business, I hit the road and blasted down Willow Springs Road with the sun setting over the mountains…

I’ve done this 50ish miles of dirt literally a couple dozen times on suspension including stock, spacer lifts, and OME but this was the first time since I’d installed the FOX 2.5 system from All Pro… wow. Airborne, no problem… Big whoops, no problem… it was a ton of fun. 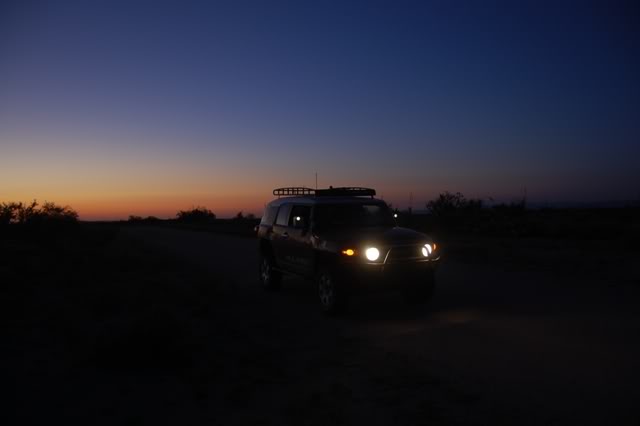 After that I head through Oracle and up towards Rice Peak. I would be meeting some folks in Oracle to run The Gap N->S the next morning, so I decided to camp near Oracle rather than drive the 30-some miles home only to return after the night.

I thought I would try to camp literally on the summit of Rice Peak since there is a nice clearing there, thinking I would get up with the sun rise and do some photography. When I reached the summit, it took about a half a minute to discover this was not going to happen since the ground is a huge pile of little rocks… my memory had it a bit grassier.

Up on the summit, I found this guy checking out the welds on my BajaRack… 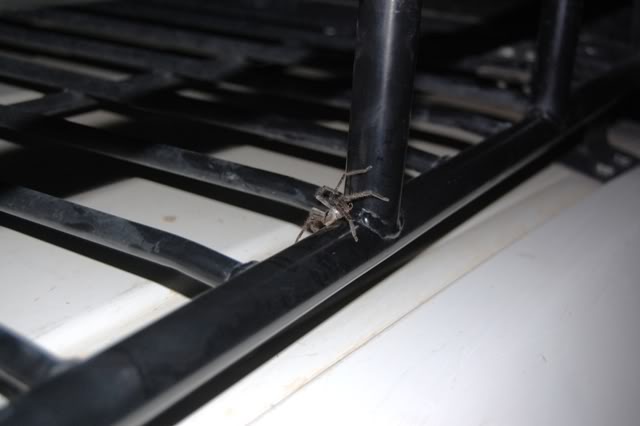 I head back down the summit and went the ‘wrong way’ at the T-intersection before the summit which leads to the dead end. There is a very small clearing there, only large enough for one vehicle which I thought would work. But, it was the same thing… rocks galore. So, I backtracked a few miles back down the trail into the lower elevations were there is camping everywhere and found a good spot for the night.