Due to what I believed to be a broken motor mount, I parked the FJ and hopped in with Jeff (CactusCruzer) for a day of wheeling and generally taking it easy. First stop was Lake Pleasent for lunch where we met SealClubber, Miss R2, Remcon, TRIPHX and FJFEVER. Unfortunately the entire day passed before I realized I had the exposure comp on my camera set waaay down (just in case you’re wondering why it’s so dark). 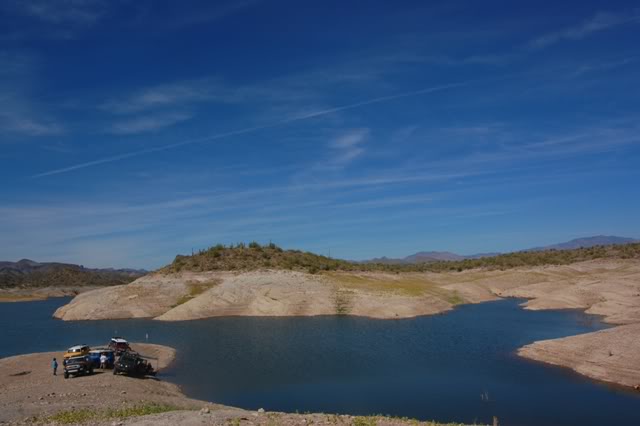 Lunch consisted of watermelon and probably one of the most failed attempts at chicken I’ve ever experienced. 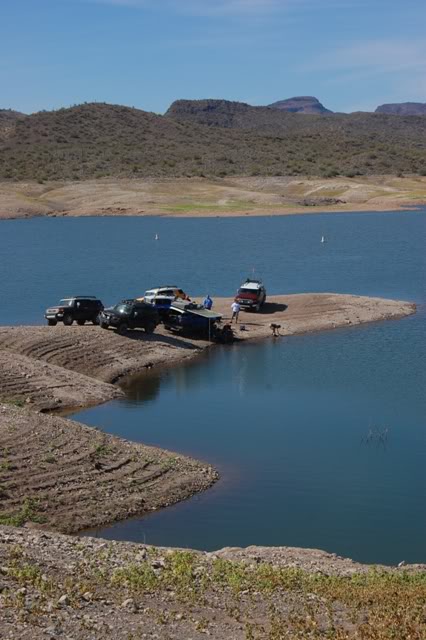 We wandered around that side of the lake, but could not get very far due to some locked gates and such. Defeated, we ran back the way we came to I-17. 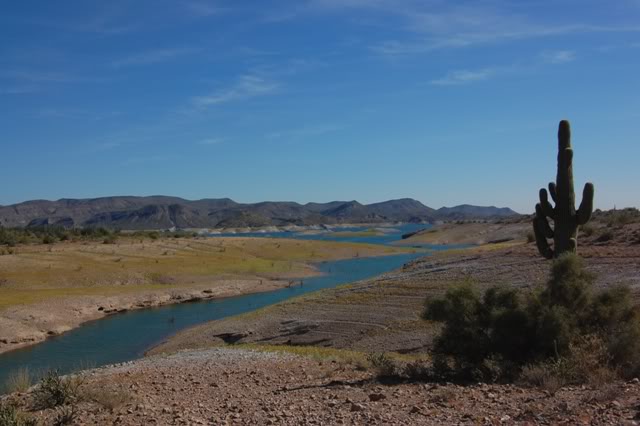 At Table Mesa, Jeff and I with Miss R2 wandered around in search of Raw Deal – a trail I wasn’t satisfied I actually knew the location of. Soon we found it, but there was not much interest in a random run. With nothing else to do, we drove up to Rock Springs for dinner and PIE.

Later, back at Table Mesa, came the hilarity of me getting out of Jeff’s truck ‘to take pics.’ This was of course the code word for my escaping the terrifying doom that was Jeff’s attacking the obstacles! Chigoe put on quite the show as well on the big chalky step off the main road.

That evening on the trail also featured what was probably the funniest thing I’ve ever heard on the CB. Unfortunately it’s one of those ‘had to be there’ moments, but in the middle of a discussion about how we’re all kind of weird, Chigoe comes on the radio and declares, “Do you think we like chaddar dogs?!? It’s all we can afford!!!!”