Unsure of whether to take AZ-79 or Willow Springs road up to Florence, I happen to run into Angry_Tim as he pulled out of a gas station on Oracle. Perfect! It was debatable whether we could take the dirt route and be in Florence in time to meet CactusCruzer (Jeff), but we went for it anyway. After a mad high speed dash, we were early! :D

We met Jeff and ran into Box Canyon from the North. Spooky place at night, the walls of the canyon are higher than the reach of the headlights so the rocks sort of fade away into… spookiness. 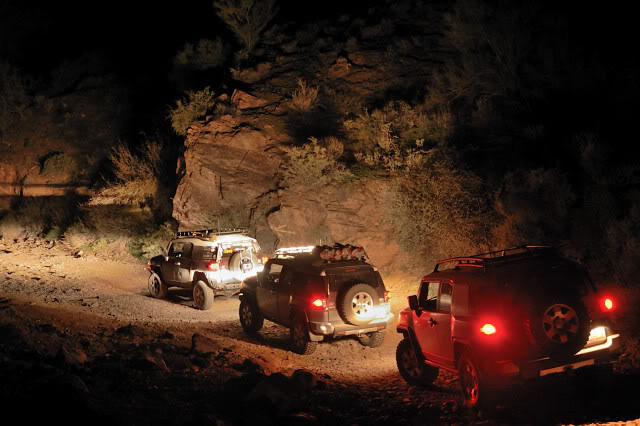 The plan was to run Elvis in the morning, but running to the Martinez Cabins is always a good time so I suggested we camp there. Fortunately nobody was at the cabin so we set up camp in the small clearing under the trees. 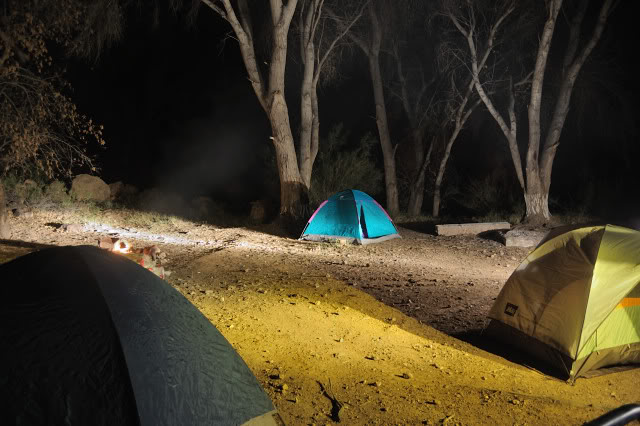 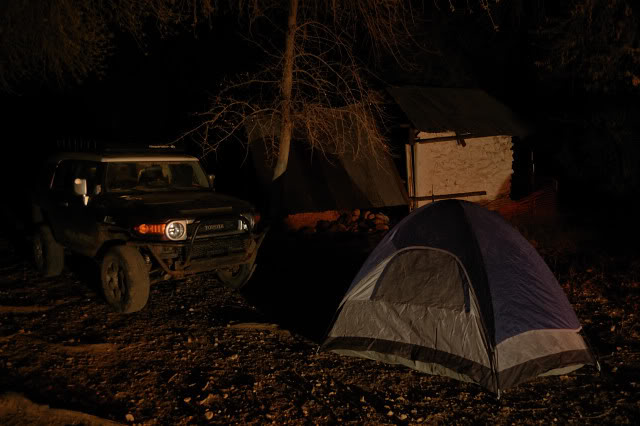 We enjoyed a few beers and a big campfire and crawled into the tents to sleep. The temperatures were mild and the wind light, promising a good night of sleep…. until 1:00am when we were rudely awoken by the sounds of revving engines, loud music, and screaming! A group of people parked directly next to our obviously occupied tents and decided to have an hour-long party. This, of course, was rather annoying. Anyway, I’m not sure what three completely unarmed dudes in tents are supposed to do to confront a large group of rowdy drunkards in the middle of the night… luckily they moved on before toooo long. 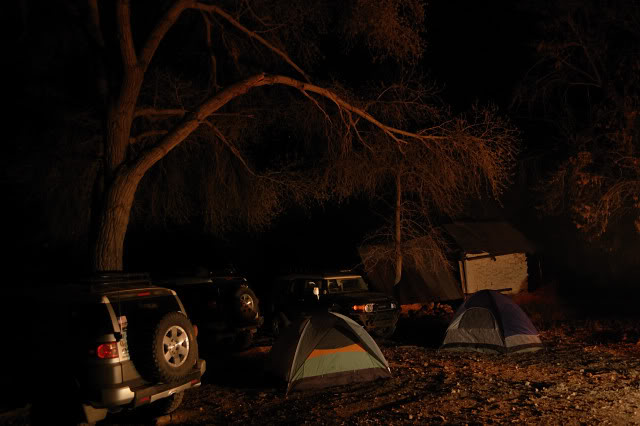